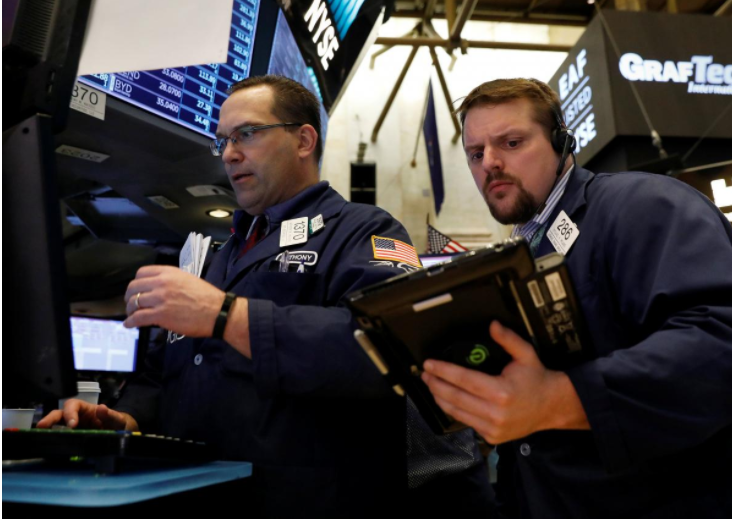 Traders work on the floor of the New York Stock Exchange in the Manhattan borough of New York City, New York, US, April 19, 2018. (Photo: Reuters)

US stocks dropped on Thursday, weighed down by a broad-based decline in technology stocks from Apple to chipmakers as well as a tumble in consumer staples such as Philip Morris and P&G.

A warning from Taiwan Semiconductor (TSMC), the world’s largest contract chipmaker and an Apple supplier, on soft demand for smartphones and on the semiconductor industry’s growth this year sparked a tumble in chip stocks.

Apple’s shares also fell 2.3 percent, with analysts telling Reuters that TSMC’s warning was related to the iPhone maker. Apple was the biggest drag on the Dow Jones Industrial Average and the Nasdaq.

TSMC’s US-listed shares fell 6.3 percent. Intel declined 3.1 percent, falling the most on the Dow. All stocks on the Philadelphia SE Semiconductor index .SOX were in the red, with the index itself tumbling 3.9 percent.

Philip Morris was the biggest drag on the S&P and also dragged rival Altria down 7.8 percent. 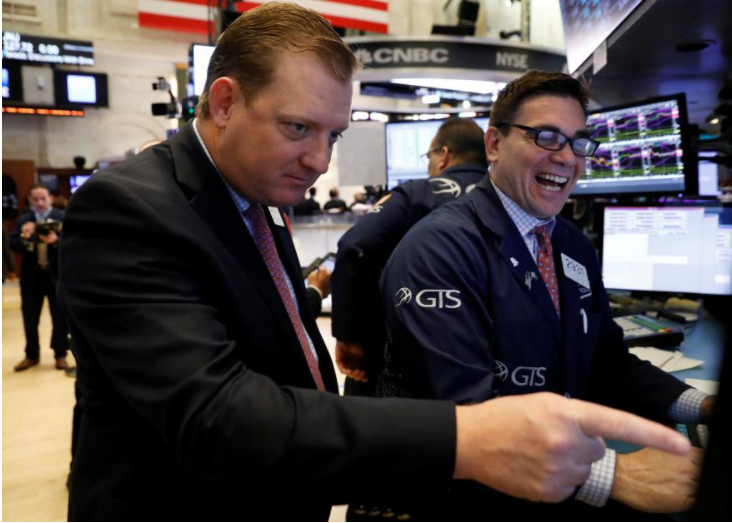 Traders work on the floor of the New York Stock Exchange in the Manhattan borough of New York City, New York, US, April 19, 2018. (Photo: Reuters)

Still, not everything was gloomy.

The financial sector .SPSY was up a healthy 1.1 percent, helped by a jump in American Express and as bank stocks bounced with 10-year Treasury yields reaching near one-month highs.

“What’s happening in this season is even if you meet, that’s not good enough, you’ve got to beat convincingly,” said JJ Kinahan, chief market strategist at TD Ameritrade in Chicago.

Of the 52 companies among the S&P 500 that have reported first-quarter earnings through Wednesday, 78.8 percent topped profit expectations, according to Thomson Reuters data.

Another bright spot was Amazon which gained 1.6 percent after the e-commerce retailer said it now has more than 100 million Amazon Prime members globally.