Apple's bombshell and the trillion-dollar question

Apple's bombshell news -- a sharply weaker revenue outlook and lower iPhone sales -- has raised questions over the future of the California giant, which until recently had been seen as the undisputed innovation leader in the tech sector. 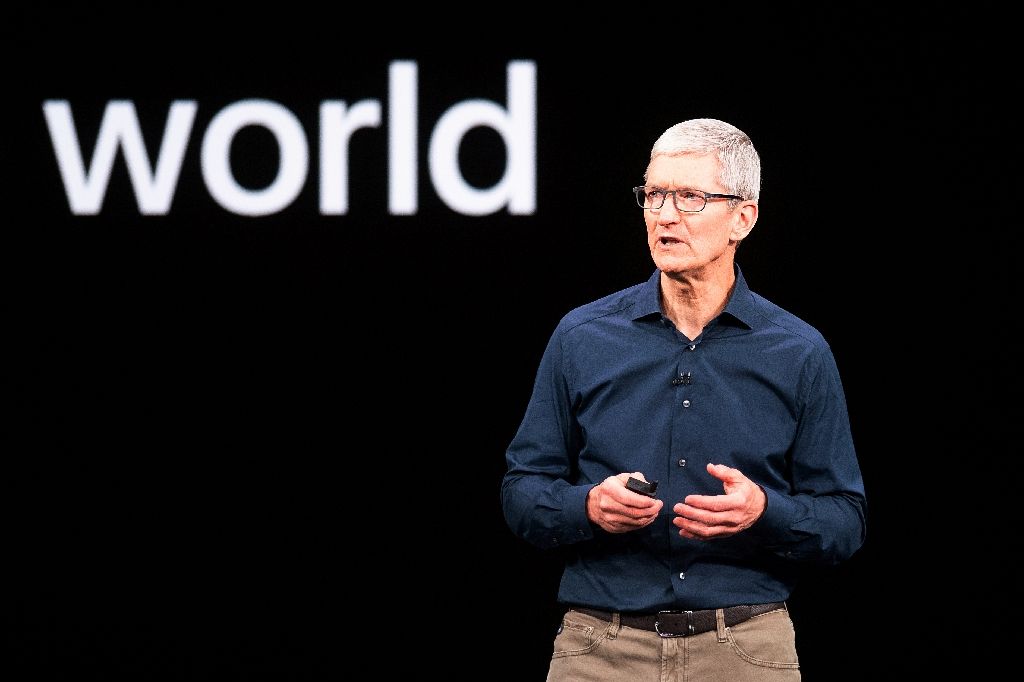 Apple CEO Tim Cook acknowledged that iPhone sales in the past quarter would be disappointing, amid weakness in China and other emeging markets (Photos: AFP)

Apple's rare admission on Wednesday cited steeper-than-expected "economic deceleration" in China and emerging markets and noted that trade frictions between Washington and Beijing were taking a toll on its smartphone sales.

But the news raised questions on whether Apple -- the first to reach a $1 trillion valuation and until recently the world's most valuable company -- is seeing a bump in the road or is starting to slide back from its leadership position.

Some analysts point to Apple's dependence on iPhone sales to drive revenue and profits, even as it tries to diversify its product base and add services such as music and digital payments.

"The iPhone has been supporting the company for more than a decade," said Roger Kay, analyst at Endpoint Technologies Associates.

"The world isn't coming to an end for Apple but it's a major inflection point. Up to now, Apple has defied gravity by growing faster than any other company in the market, but mathematically it was impossible to beat the market forever."

Apple shares plummeted nearly 10 percent on the news Thursday, with the company shedding some 38 percent since its valuation hit $1 trillion last year.

Kay said the trillion-dollar valuation was "irrational" and based on growth projections Apple is unlikely to achieve without a new catalyst.

Apple, which has been growing in China even though it lacks a dominant position, is pressured by tariffs and other trade issues, further inflamed by the arrest of China-based Huawei's chief financial officer in Canada at the behest of the United States.

Huawei has overtaken Apple as the third largest global smartphone maker despite limited presence in the United States.

The update suggested a disappointing figure for iPhone sales, the key driver of revenue and profit for the California tech giant.

Apple said that it expects weak iPhone sales in other emerging markets, driving down revenue despite some positive signs in developed markets and in its other products and services.

The company slashed its revenue guidance for the first fiscal quarter of 2019, ended December 29, to $84 billion -- sharply lower than analyst forecasts averaging $91 billion.

"Apple stock is now at a crossroads," said a research note Thursday from Gene Munster and Will Thompson of the investment firm Loup Ventures.

"Some investors will consider the stock broken.. but we've followed the company long enough to know there is cyclicality in the market's relationship with Apple."

Munster and Thompson said it would take "a new product category," or large acquisition to allow Apple to regain its momentum.

Some analysts said Apple erred in boosting the price of its new iPhones to well over $1,000 in a global smartphone market that is largely saturated and facing tougher competition.

"I think the main villain is the very high prices that Apple is charging for its new iPhones," said Richard Windsor, a technology analyst who writes the Radio Free Mobile blog.

"This is not a catastrophe nor is it a sign that Apple is losing its grip on the smartphone market but merely a misjudgment by Apple with regard to how much money people will pay for an iPhone."

The latest news sparked talk of the "Nokia moment" for Apple -- a reference to the Finnish-based firm that led the mobile phone market in the early 2000s.

But Windsor said: "I do not in any way think that this represents Apple's 'Nokia' moment simply because there is still nothing to seriously challenge the iPhone in the high-end segment."

Carolina Milanesi of Creative Strategies said Apple is unique among smartphone makers because it has a wide array of apps and services that produce revenue.

"While it is true that no other single product has done for Apple as much as the iPhone, the product offering as an aggregate still puts Apple ahead of all other vendors who might be selling higher volumes but have no direct way to monetize from their users once the sale has occurred," Milanesi said in a blog.

Patrick Moorhead of Moor Insights & Strategy said Apple may be unable to deliver the double-digit growth than many on Wall Street have been expecting given the current smartphone market.

"I am not concerned for the company, but it's likely investors will not see the company value it was at until it can see a likely path to double-digit revenue growth," Moorhead said.

Cover image: Apple has sought to diversify its revenue base with new products like its smartwatch and a range of services but still relies heavily on the iPhone