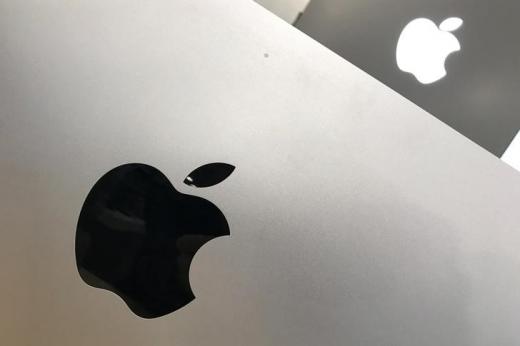 An Apple logo is seen in a store in Los Angeles, California, US. Reuters photo.

Apple's plans to build a second data center in the Chinese mainland are expected to give fresh impetus to the iPhone maker, which plans to rely on big data to boost its prospects in the nation. There is growing confidence that the US-based technology company's increased involvement in China's big data boom will be a win-win for both sides, rendering ridiculous a few human rights watchers' criticism of Apple's efforts to comply with local market requirements.Apple will build a data center in Ulanqab City in North China's Inner Mongolia Autonomous Region, the Xinhua News Agency reported on Monday, adding to its first mainland data center in Southwest China's Guizhou Province. Both data centers will reportedly be up and running in 2020, operated by Apple's local partner - the government-run Guizhou-Cloud Big Data Industry Co (GCBD). Apple has notified users registered in the mainland that starting February 28, iCloud operations will be handed over to GCBD. Apple's moves to align itself with China's cybersecurity rules and offer local users better cloud services integrate seamlessly with China's push to harness big data technologies that are envisioned to become a backbone of the nation's technological strength. Big data is also seen as a new growth engine for less-developed regions. Observers believe that the new data centers, which are expected to give Apple a big boost in competing with local businesses, will become role models showcasing Apple's technological strength, buttressed by the Chinese government's big data drive. This combination will make Apple an even more formidable rival to local competitors. It's fair to say that Apple is moving in the right direction, keeping up with emerging trends in the market in both technological and regulatory terms. Such efforts also augur well for China, which pledges to proceed with opening-up and continue working with major foreign companies to contribute to economic development.Nonetheless, a few human rights watchers appear blind to the reality. For instance, Nicholas Bequelin, the East Asia director for Amnesty International, posted a tweet last month claiming that "Apple is being disingenuous about what it really means to hand over iCloud management to a Chinese company." Ill-grounded utterances such as this barely make a splash. The promising prospect of Apple data centers in China will surely convince foreign technology giants to follow suit, aligning their development strategies with China.