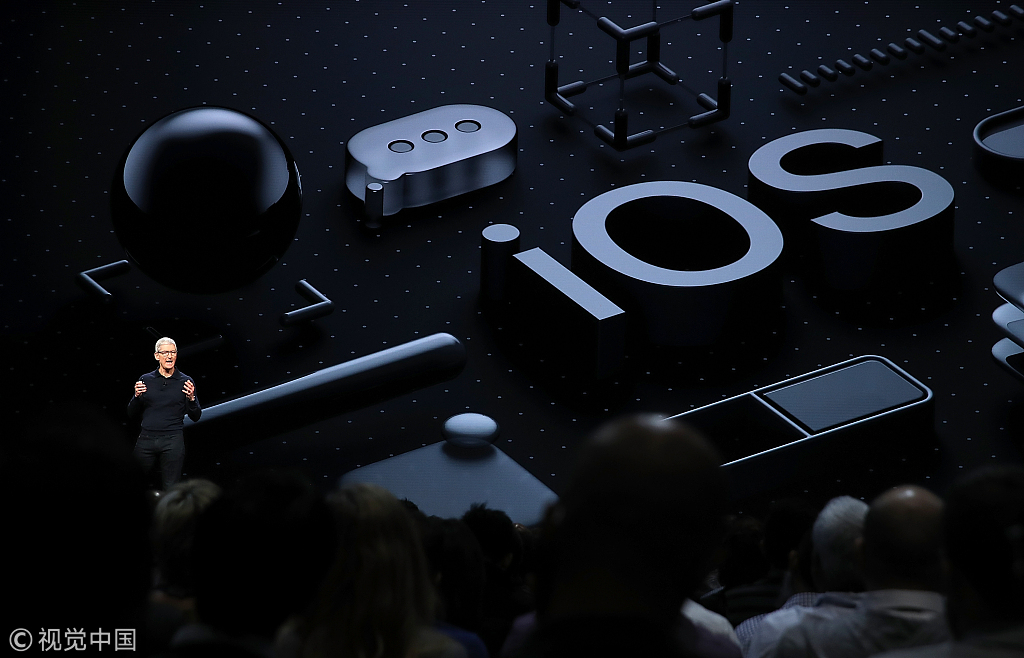 Apple Inc. said Monday that its new iOS 12 will give users better Augmented Reality (AR) experiences and improved control of the time they spend interacting with their iOS devices.

Released at Apple's Worldwide Developers Conference (WWDC) 2018, which opened in Silicon Valley Monday morning, iOS 12 introduces Siri Shortcuts, enabling Siri to work with any app and delivering a much faster way to get things done.

The new system is designed to make everyday tasks faster and more responsive, and makes older devices such as the iPhone 6 run faster, according to Apple.

The new OS brings more performance improvements to more devices than any previous version and supports iPhone 5s, which was introduced in 2013, to the most advanced iPhone X.

Apple also said the new features will be made available later this month as part of the iOS 12 public beta, including Activity Reports, App Limits and new Do Not Disturb and Notifications controls designed to help customers reduce interruptions and manage screen time for themselves and their families.