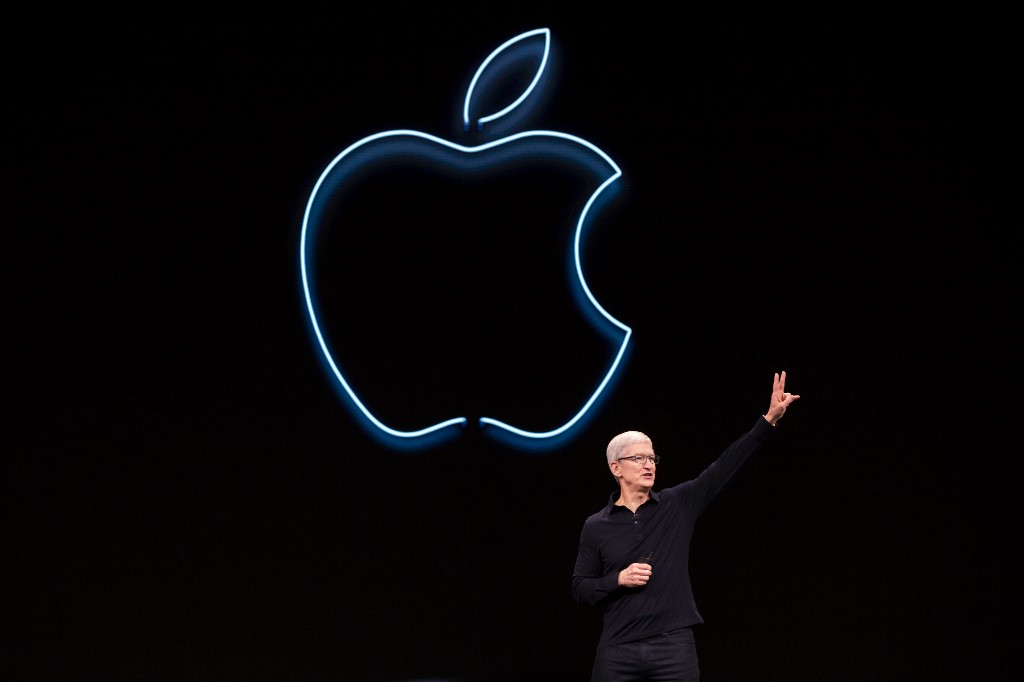 "This was our biggest June quarter ever -- driven by all-time record revenue from Services, accelerating growth from Wearables, strong performance from iPad and Mac and significant improvement in iPhone trends," he said.

He told investors at a conference Tuesday that the company's service revenue amounted to 11.5 billion US dollars, an increase of 13 percent year over year.

Citing Apple Pay as an example, Cook said the Apple e-wallet, which was launched in 17 countries in the third quarter alone, is now completing nearly 1 billion transactions per month, more than twice the volume of one year ago.

Apple Pay has now fully covered the European Union and enjoyed in a total of 47 markets, he said, adding that Apple Pay also launched the payment card for China's Didi, the world's largest ride-hailing provider.

Apple's sales for the iPhone dropped sharply from 29.47 billion dollars to 25.97 billion dollars, down 12 percent from last year's June quarter, due to the product's market saturation that cut into the company's hardware profits.

Despite the downfall of iPhone sales, Cook voiced optimism about the company's performance in Greater China, as it posted "significant improvement" compared to the first half of fiscal 2019.

"The combined effects of government stimulus, consumer response to trade-in programs, financing offers, and other sales initiatives, and growing engagement with the broader Apple ecosystem had a positive effect," he said.