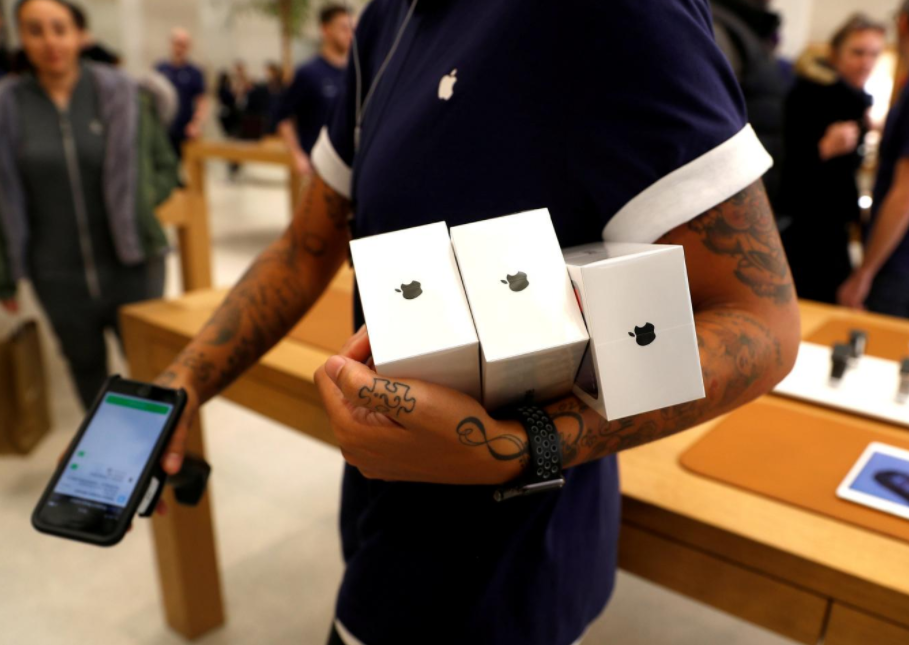 Apple Inc’s hint of returning a ton of cash to shareholders was not enough to move investors who worried more about the iPhone maker’s weak outlook amid reports of production cuts for its flagship iPhone X.

The iPhone X was the first phone to get a major design overhaul since the launch of the iPhone 6 in 2015, and many expected it to lead to blockbuster sales.

On Thursday, the Cupertino-based tech giant said it sold fewer iPhones over the holiday quarter than Wall Street expected, and sees revenue of $60 billion to $62 billion and gross margins of between 38 percent and 38.5 percent for its fiscal second quarter ending in March.

Analysts were expecting $65.7 billion in sales and a gross margin of 38.9 percent for the March quarter, according to Thomson Reuters I/B/E/S.

Analysts at Longbow Research said the revenue guidance implied a low 50 million iPhone shipment forecast against a consensus of 58.5 million.

“We now forecast 221 million iPhone shipments for fiscal 2018, versus the prior 235 million consensus.”

On Thursday, Apple also said it was planning, over time, to “target a capital structure that is approximately net neutral,” adding that it will “take that balance down from $163 billion to zero,” referring to Apple’s level of cash net of debt.

The comments sent its shares up about 3 percent Thursday after the bell.

”iPhone sell-through appears to have declined in the December quarter, which, along with weaker-than-expected

second quarter revenue guidance, reinforces our view of a saturated market,” KeyBanc analysts said in a note, cutting the rating on the stock to ”sector weight” from ”overweight.”“Further, gross margin results and guidance both missed our expectations, which reduces our view of potential profit growth going forward.”

Of 39 analysts who cover the stock, 29 rate it ‘buy’ or higher. However, the mixed results triggered varied responses from analysts. At least three brokerages raised their target price on the company’s stock largely banking on the possibility of cash returns, while three cut price targets.