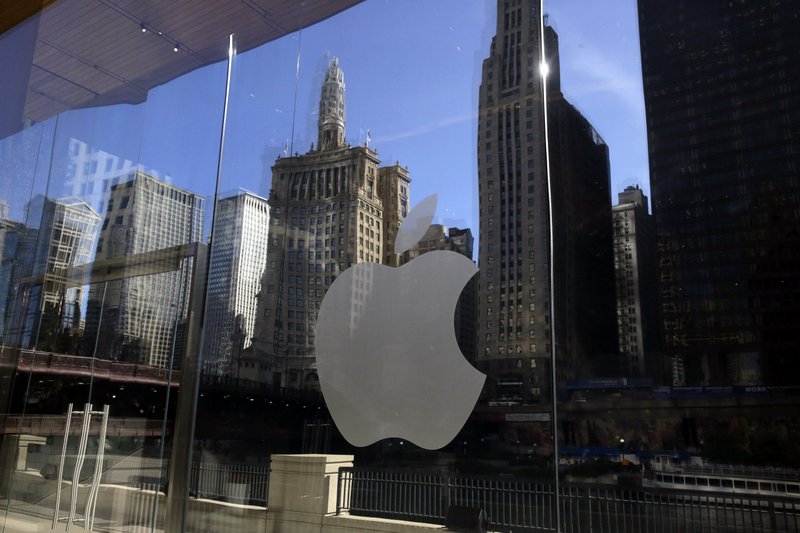 Apple is planning to build another corporate campus and hire 20,000 workers during the next five years as part of a $350 billion commitment to the U.S. that will be partially financed by an upcoming windfall from the country’s new tax law.

The pledge announced Wednesday comes less than a month after Congress approved a sweeping overhaul of the U.S. tax code championed by President Donald Trump that will increase corporate profits.

Besides dramatically lowering the standard corporate tax rate, the reforms offer a one-time break on cash being held overseas.

Apple plans to take advantage of that provision to bring back most of its roughly $252 billion in offshore cash, generating a tax bill of about $38 billion. It’s something that Apple CEO Tim Cook promised the company would do if it could avoid being taxed at the 35 percent rate that had been in effect under the previous tax law.

About $75 billion of the $350 billion in U.S. investments will be paid from money that had been overseas, Apple estimated.

Companies that bring back money stashed overseas this year will be taxed at a 15.5 percent rate, below the new 21 percent rate for U.S. corporate profits under the new law.

Other U.S. companies, including American Airlines, AT&T and Comcast, have been handing out $1,000 bonuses to all their workers to share the wealth they will gain from the lower rate on their domestic earnings.

Excluding banks and other financial services companies, Moody’s Investors Service estimates corporate America has an estimated $1.6 trillion in overseas cash. Most of that is in the technology industry, with Apple sitting at the top of the heap.

Analysts have been predicting that most of the overseas profits coming back to the U.S. would be plowed into paying shareholder dividends and buying back stock, something that happened the last time a one-time break on offshore profits was offered more than a decade ago.

Trump and lawmakers are hoping companies use the money to raise wages, expand payrolls, open more offices and invest in new equipment.

After plowing nearly $46 billion into dividends and stock repurchases in its last fiscal year, Apple is still likely to funnel a big chunk of overseas money to its shareholders.

But Wednesday’s announcement was clearly designed to be a show of faith in the U.S. — Apple’s most lucrative market. The public show of support also helps the optics of a company that will still continue to make most of its iPhones, iPads and other gadgets in factories located in China and other faraway countries that offer cheaper labor.

“Apple is a success that could only have happened in America, and we always felt a very big sense of responsibility to give back to our country and the people who have made our success possible,” Cook said during a ceremony Wednesday celebrating a new warehouse being built in Reno, Nevada.

Apple Inc., which just spent an estimated $5 billion building a Cupertino, California, headquarters that resembles a giant spaceship, plans to announce the location of a second campus devoted to customer support later this year.

The company didn’t say how big the second campus will be, or how many of the additional 20,000 workers that it plans to hire will be based there. About 84,000 of Apple’s 123,000 workers currently are in the U.S.

One thing is certain: Cities from across the U.S. will likely be offering Apple tax breaks and other incentives in an attempt to persuade the company to build its second campus in their towns.

That was what happened last year after Amazon announced it would build a second headquarters in North America to expand beyond its current Seattle home. The online retailer received 238 proposals from cities and regions in the U.S., Canada and Mexico. Amazon is expected to announce the winning bid later this year.

Besides hiring more workers and building its second campus, Apple is also planning to open more data centers to help back up the photos, documents and other content that people store on their phones, tablets and computers. It also is increasing a fund established last year to invest in U.S. manufacturers from $1 billion to $5 billion.

Apple’s high-profile commitment may pressure its peers in the technology sector to take similar steps, despite the industry’s disdain with many of Trump’s other policies, especially those affecting immigration. The next four biggest hoarders of overseas cash are Microsoft, Cisco Systems, Google corporate parent Alphabet Inc. and Oracle, with a combined $320 billion among them.