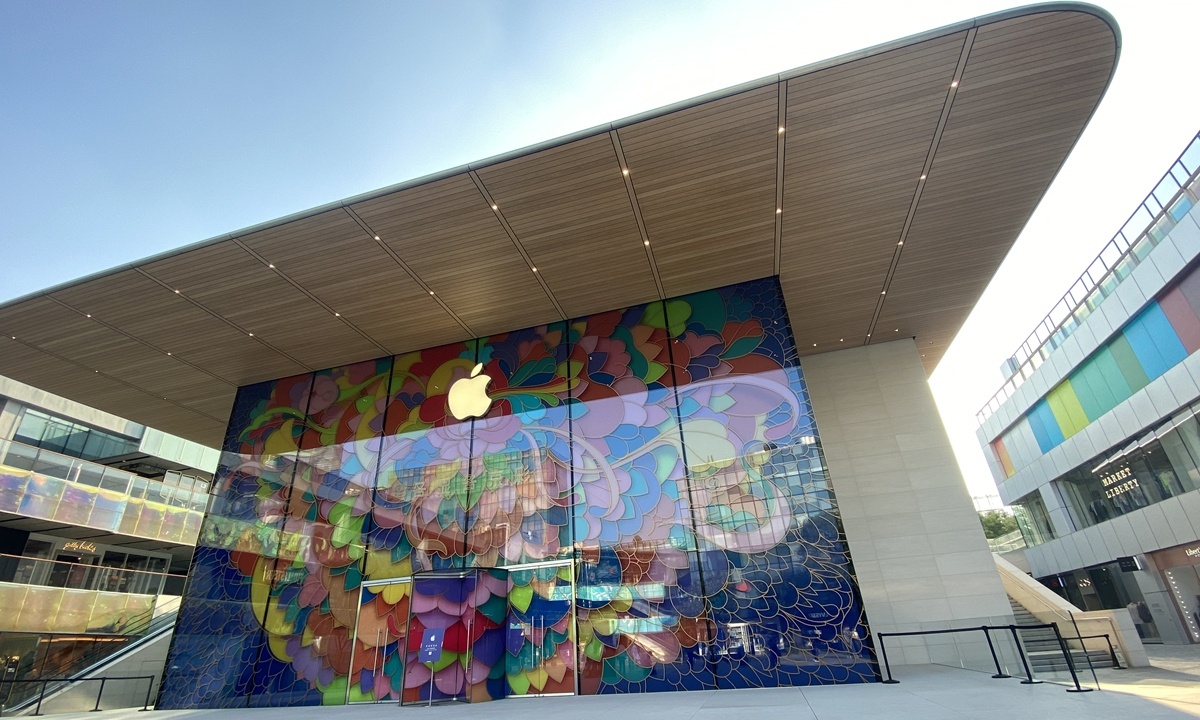 Despite the absence of the rumored release of the Home operating system (OS) at Apple's annual Worldwide Developers Conference (WWDC) on Monday (US time), it still sparked wide discussion of the tech giant's efforts in the smart home segment in the era of the Internet of Things (IoT) -- especially following the launch of Huawei's self-developed HarmonyOS 2.0.

During the WWDC, Apple unveiled upgrades to many of its OS, most notably iOS 15. It also unveiled MacOS Monterey, along with WatchOS 8 and iPadOS 15.

It also announced a raft of new privacy protections at the conference, including a function called "private relay," where users' web-browsing behavior can be hidden from Apple, internet providers and advertisers.

By adding a feature called "Universal Control," multi-screen collaboration functions between the Mac and the iPad can be realized.

However, the feature drew a lukewarm response from Chinese netizens, who said that it was not something new, since HarmonyOS 2.0 made an earlier move and showed a broader imagination.

During the launch event last week, Huawei stressed that the HarmonyOS was not only designed for smartphones but aims for use in the IoT era, since it could easily connect multiple devices including phones, watches, smart TVs and other smart home devices.

Huawei said that the HarmonyOS will be installed on about 300 million devices by the end of 2021, with about 200 million being Huawei's own devices.

"Instead of comparing the similar steps taken by Apple and Huawei, it is more appropriate to say 'great minds think alike,' as how to safely and collaboratively bring about the multi-device smart experience has become an important issue for all technology companies," Ma Jihua, a veteran industry analyst, told the Global Times on Tuesday.

Without the emergence of disruptive technologies, it's hard for technology behemoths -- including Apple -- to achieve breakthroughs in hardware and software, Ma said.

Ma noted netizens' dissatisfaction over the lack of eye-catching highlights during the WWDC, where Apple only offered some normal upgrades.

Liu Dingding, an independent tech analyst based in Beijing, told the Global Times on Tuesday that "Apple's mediocre performance could also show that its ecosystem, taking up about 31 percent of the OS market, has come to a mature and comprehensive level, so there's no need to make big moves."

The US tech bellwether outpaced its peers on smartphone shipments despite a lack of innovation. It shipped 40.4 million 5G iPhones in the first quarter of 2021, taking a leading position with a 30-percent share of the global 5G smartphone market, a report by Strategy Analytics said.

"The smartphone is still a crucial device in driving the realization of IoT," said Liu, adding that more smartphone brands are expected to be equipped with HarmonyOS.

So far, smartphone maker Meizu was the only other smartphone brand to confirm that it will use the system, although not in its smartphones.

In comparison with Apple's conservative strategy in unveiling new products and services, the upstart HarmonyOS has no such burden, and it has more impetus, especially under the US restrictions on chipsets, to push self-reliant innovation, Ma noted.

Despite the absence of the rumored release of Home OS at Apple's annual conference, Apple's layout for smart homes was still evident. It announced a range of new smart home features for HomePod mini, Apple TV and Apple Watch, as well as third-party Siri integration with accessories for the first time.

The burgeoning IoT era will witness a fierce global race as more OS providers ramp up efforts to connect various devices, analysts said. The competition scenario will not be like that in the personal computer age, where Microsoft stood out as the biggest player, nor in the current age of smartphones, where Google's Android or Apple's iOS are the major duopoly.

Ma said that "more than two flowers will bloom in the era of IoT."

The IoT market was worth $250.72 billion in 2019 and is projected to reach $1.463 trillion by 2027, showing a compound annual growth rate of 24.9 percent during the forecast period, an industry report by Fortune Business Insights said.