BUSINESS Are Apple's sales a barometer of China's economy?

Are Apple's sales a barometer of China's economy?

Not long after a widely circulated post claimed that a rise in the sales of men's underwear in Northeast China's Liaoning Province indicated an economic recovery, some people began to focus on another unorthodox indicator: iPhone sales. In this case, however, they drew the opposite conclusion. 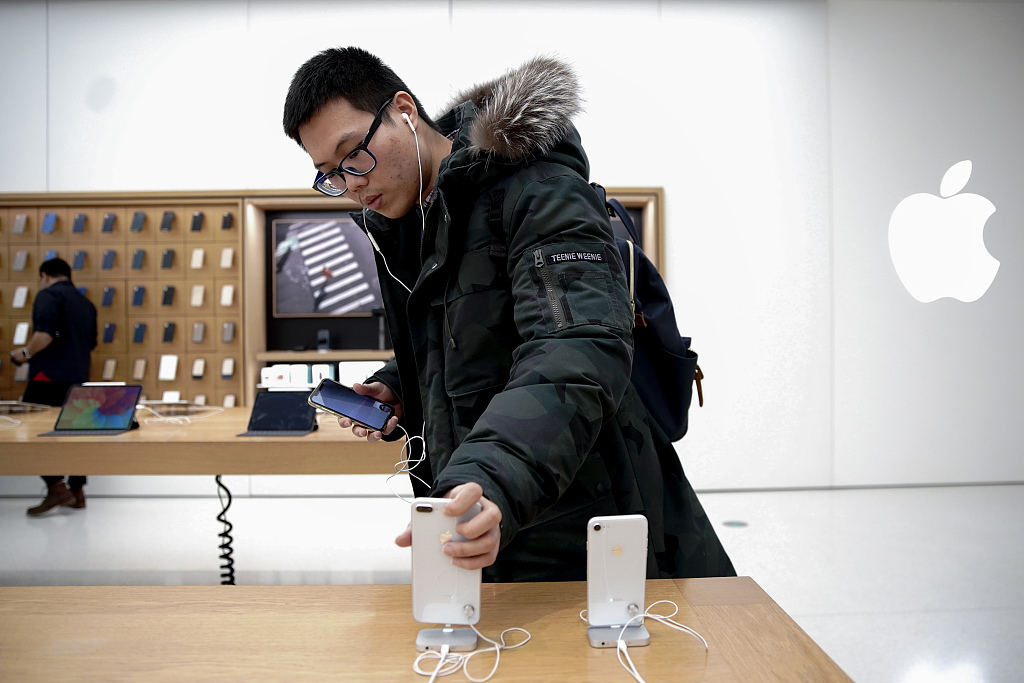 Chinese customers are seen experiencing and choosing Apple's products in an Apple store on January 3, 2019 in Beijing, China. (Photo: VCG)

Apple Inc recently cut its revenue forecast for the first fiscal quarter of 2019 because of poor iPhone sales in China.

This factor was immediately taken as evidence that the Chinese economy was slowing down.

For some US media outlets, smartphone sales are an easy-to-understand indicator of China's economic performance, even though they ridicule the fetish for unorthodox metrics such as men's underwear.

Some people in the US have spared no effort to uncover evidence of an economic slowdown in China.

This effort comes as US President Donald Trump has said weakness in the Chinese economy gives Beijing a great incentive to negotiate, hinting that China may make compromises in the fresh round of trade talks that started on Monday.

But if sales of briefs don't mean anything, why would it be different with iPhones?

People who have this concept may be in for a disappointment, because iPhones aren't a barometer of the Chinese economy. Sales of the devices are encountering problems - not only in China but also in other countries with remarkable economic growth.

The iPhone is losing its aura as Chinese brands such as Huawei pose an increasingly fierce challenge. California-based Apple may be seeing its advantages fade amid the rise of Chinese rivals.

As Apple is to some extent a symbol of US technological prowess, this is obviously not a good sign for the US economy. If there really was an indicator called the iPhone Index, it would measure only US innovation capability, rather than China's economic growth.

China's economic slowdown is a fact, but the economic outlook for the US isn't so great either. There is no winner in a trade war. Both China and the US are under pressure to make a deal in the trade talks to end the dispute as soon as possible.

We believe Apple's "China problem" is giving Washington itself "a great incentive to negotiate."