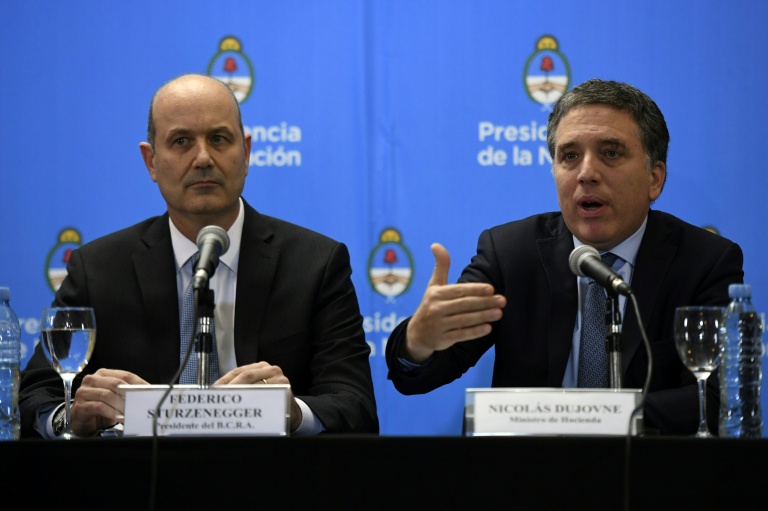 The International Monetary Fund (IMF) agreed with Argentina to a standby loan of $50 billion over a three-year period, Finance Minister Nicolas Dujovne said on Thursday.

"We have looked to the IMF to avoid a crisis," the minister told a news conference in Buenos Aires, adding there would be an "immediate" payment of $15 billion.

"We are engaged in the construction of a normal country. It support for our program," he added.

At the end of March, Argentina suffered a crisis of confidence that caused it to lose more than $10 billion of central bank reserves and saw the peso plunge by nearly 20 percent.

"We are going to reinforce the autonomy of the central bank," said its chairman, Federico Sturzenegger, who lead the conference alongside Dujovne.

Argentina's annual inflation target was 15 percent for 2018, but had reached almost 10 percent by April.

"We are going to have increased inflation," Dujovne acknowledged.

The government has so far not managed to limit persistently high inflation, which has exceeded 20 percent for more than a decade, a key aim of President Mauricio Macri's center-right government.

The agreement revises the budget deficit target, before debt payment, to 2.7 percent of GDP in 2018, compared to 3.2 percent previously forecast.

Opinion polls said as many as 75 percent of Argentinians opposed any agreement with the IMF, which many link to painful memories of past economic and social crisis that culminated in 2001 with a sovereign debt default, for which many Argentinians blame the IMF.

Thousands demonstrated in Buenos Aires in late May against an IMF bailout, marching to government offices and brandishing anti-IMF banners.