Argentina confident about new deal with IMF as peso rises 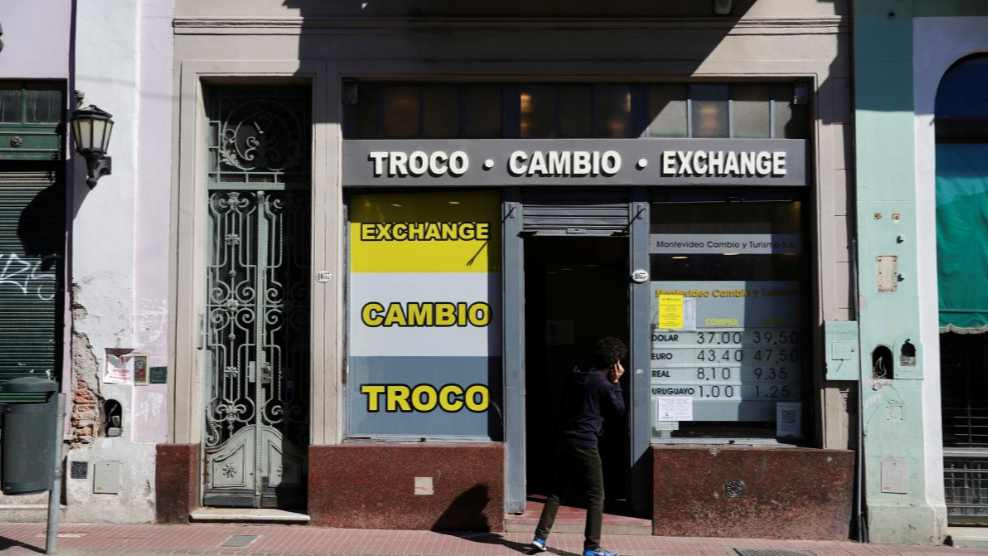 Argentina's economy minister sounded upbeat on Wednesday about clinching a new deal with the International Monetary Fund after two days of talks in Washington, and said he had sought US support for securing approval from the IMF's board.

The peso closed 1.38 percent stronger at 38.52 per dollar on Wednesday, marking a rare pause in losses that have shaved more than 50 percent off its value this year, making it one of the worst performing emerging market currencies.

Economy Minister Nicolas Dujovne said he believed a deal to release early disbursements from a $50 billion standby loan agreement with the IMF could be put to its board by the end of the month, helping to shore up investor confidence in Latin America's third-largest economy.

Argentina has already received $15 billion from the credit line, which was agreed upon in June but has failed to clear up concerns about the country's ability to pay off its debt.

"I had a productive meeting," Dujovne said of his talks with IMF Managing Director Christine Lagarde and First Deputy Managing Director David Lipton. "I regard the progress we have made with enormous confidence and I am sure the reworking of the agreement will enable us to leave behind these days of anguish."

"We're looking at time frames and many other questions in terms of which part of the program is precautionary," Dujovne said, adding that the Fund's board could vote on a revised deal before the end of the month.

Dujovne denied a report by local Argentine media outlet Infobae that Argentina was also in talks with the US Treasury Department for a $5 billion to $10 billion credit line.

Dujovne said that while Argentine officials had not spoken about direct financing from the United States, he had spoken with US Treasury Secretary Steven Mnuchin about backing Argentina's bid to win the IMF's approval for a new deal.

"The US Treasury's support for Argentina manifests itself through the support it exercises as a shareholder in the International Monetary Fund," Dujovne said.

The United States controls 16.52 percent of votes in the IMF, the largest of any country by far.

On Tuesday, as fresh talks between Argentine officials and the IMF started, US President Donald Trump spoke with Argentina's center-right President Mauricio Macri by phone and voiced support for his handling of Argentina's crisis.

Dujovne said he would return to Buenos Aires as planned on Wednesday while his team continues to hammer out the details for a new deal.

On the eve of the talks with the IMF this week, Macri's government announced ambitious new targets to balance next year's fiscal deficit, to be paid for with new taxes on exporters and steep spending cuts.

But markets remained skeptical, with the peso losing 5.25 percent of its value against the dollar in the first two days of the week, despite the central bank selling $458 million on the local spot market.

The bank has sold more than $14 billion of reserves this year, including $100 million on Wednesday even after the peso reversed its initial losses and began to climb.

But many in Argentina believe Macri's government lacks the political will to implement unpopular spending cuts that are expected to be part of a revamped IMF deal.