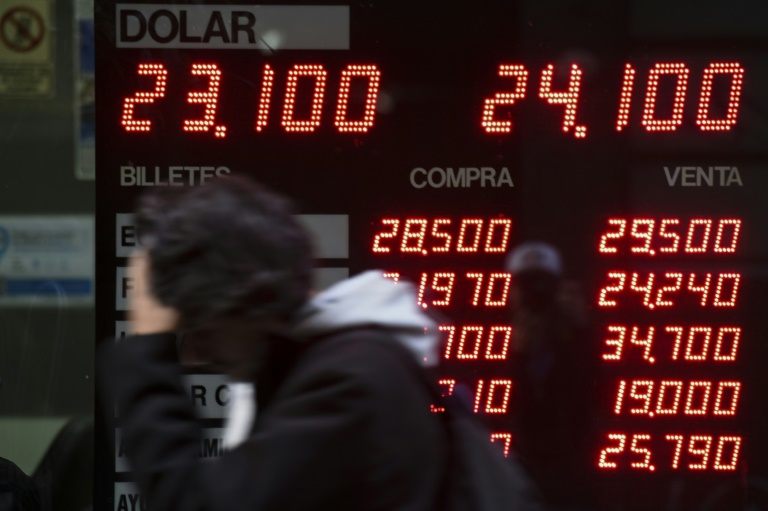 View of currency exchange values in the buy-sell board of an exchange bureau in Buenos Aires on May 11, 2018 (Photo: AFP)

The currency fell 6.6 percent to trade at 25.20 against the dollar as markets opened.

The IMF board will meet informally on Friday to discuss a financial aid package.

As US interest rates rise, investors in recent weeks have been fleeing Argentina, driving up demand for US dollars, and driving the peso down.

Monday's drop means the currency has devalued by 19 percent in the last six weeks, despite efforts by the Central Bank to prop-up the currency, burning through more than $8 billion in reserves and hiking the benchmark interest rate to 40 percent.

Argentina is seeking a high access "stand by" financing arrangement which would provide funds above the normal loan amount, but officials have not said how much they are requesting.

Argentinian media reports say the government needs at least $30 billion from the IMF, with extra support from the World Bank and the Inter-American Development Bank.

The talks with the Washington-based lender come 17 years after the country last defaulted on its debt and 12 years after it cut ties with the IMF.