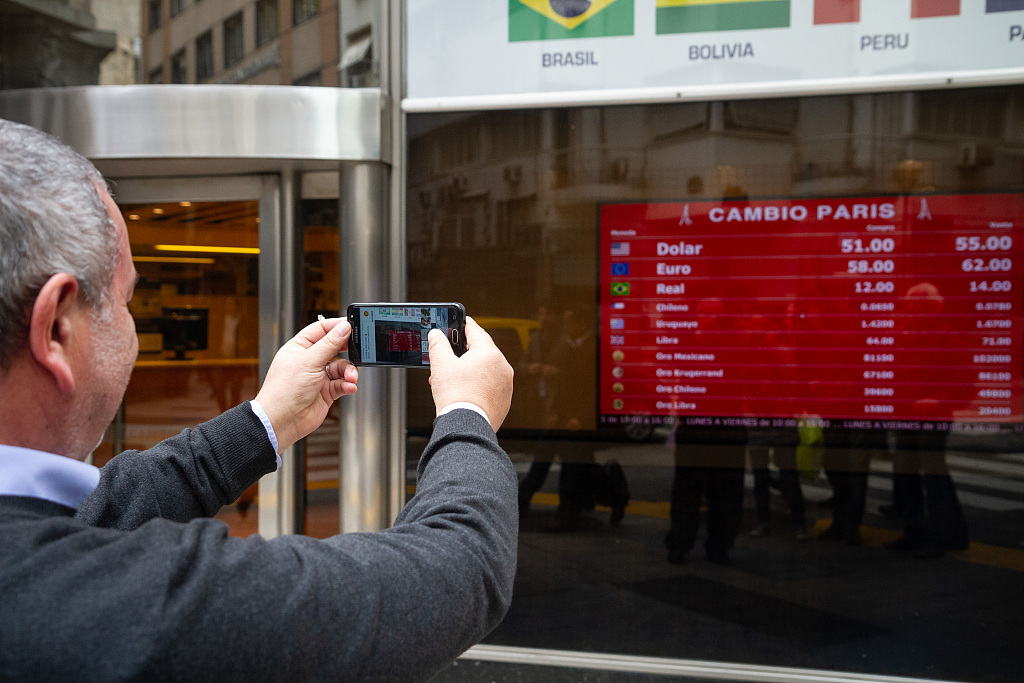 The currency -- which plummeted 18.76 percent on Monday -- closed a further 1.77 percent down on Tuesday after the Central Bank had intervened to stave off bigger falls following losses of more than 3 percent by midday.

The stock market rebounded 10 percent on Tuesday after having lost 38 percent in Monday's rout.

The Buenos Aires Stock Exchange Merval Index closed Tuesday up 10.22 percent, recovering some of the losses shipped following Macri's defeat to a leftist opponent in the country's primaries ahead of October elections.

Center-right Macri was dealt a huge blow in his bid for re-election when he polled 15 points less than center-left Peronist candidate Alberto Fernandez in Sunday's primary elections, which served as a bellwether for general elections in October.

"With a victory for Mr Fernandez on the cards, a sovereign default is even more likely," analysts Capital Economics warned in a note.

Macri's popularity has plunged since a currency crisis last year -- in which the peso lost half its value against the dollar -- and a much-criticized $56 billion International Monetary Fund bail-out loan that analysts say may now have to be restructured.

So far the Washington-based IMF has refrained from commenting publicly on the primary results.

A key moment for action could come on September 15, when the next tranche of the IMF loan is due to be disbursed.

"With the debt ratio having exploded over the past two years, and the sovereign now even further away from regaining market access, we think there’s a good chance that the IMF asks for a restructuring," Capital Economics said.

Beyond that, the lurch to the left has rekindled market fears of a sovereign default, reawakening painful memories of Argentina's 2001 default.

Argentina is currently in a recession and posted 22 percent inflation for the first half of the year -- one of the highest rates in the world.

Backed by the International Monetary Fund billions, Macri has initiated an austerity plan that is deeply unpopular among ordinary Argentines, who have seen their spending power shredded.

"This means there will be a lot of pressure to make changes even before the end of Macri's term, for example in terms of fiscal and monetary policy.

"This will become even more urgent if the market reaction is negative, and this leads to even worse economic conditions."