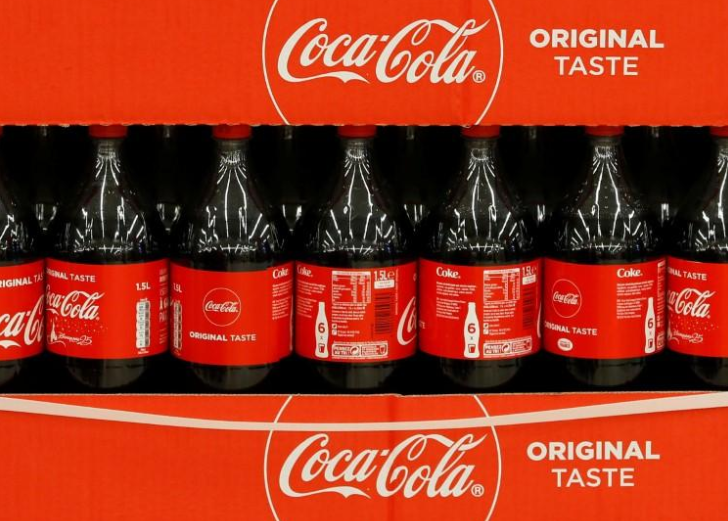 Bottles of Coca-Cola are seen at a Carrefour Hypermarket store in Montreuil, near Paris, France, February 5, 2018 (Photo: Reuters)

Coca-Cola Co thought it had a deal with the US Internal Revenue Service on how much the company charged foreign affiliates for the rights to make and sell Coke products abroad.

Then in September 2015 a letter from the IRS arrived at Coca-Cola’s Atlanta headquarters with a bill for back taxes whose amount, $3.3 billion, stunned the world’s No. 1 soft drinks maker.

Coca-Cola sued the IRS, disputing the bill. The case is being tried now in US Tax Court in Washington. A verdict is not expected for some time after the trial ends, expected in mid-April.

The case is being watched closely by tax experts as a sign of rising tension between tax authorities and multinational corporations over transfer pricing, that is, the way companies value the goods, services, trademark and patent rights that they constantly move among foreign units across national boundaries.

An important management discipline inside multinationals, transfer pricing is under more scrutiny than ever before from tax agencies worldwide because of strict new global standards, raising legal risks for companies and their investors.

The Coca-Cola case goes to trial as interest among corporations in seeking multi-year deals with the IRS covering transfer pricing arrangements has fallen in the past two years.

APA applications also fell in 2016 in Japan, the top US bilateral APA partner, according to the latest data.

Anecdotal evidence suggests the APA process, designed to prevent conflict, is under strain in many countries, with some tax lawyers citing Mexico, Italy and China as challenging.

Corporate tax directors at a conference in Washington earlier this month said APAs are taking longer to negotiate and government tax agencies are less willing to do them.

“We’re really living in a different time and we can understand why tax authorities might be reluctant because there’s a lot more external scrutiny than there ever was,” said Amy Roberti, director of global tax and fiscal policy for Procter & Gamble Co , at the conference.

The IRS did not immediately provide answers to questions about the Coca-Cola case and transfer pricing, in general.

Coca-Cola responded to questions by providing an internal employee memo about the case that said, “The company firmly believes that the IRS’ claims are without merit and will pursue all available administrative and judicial remedies.”

The IRS contends that Coca-Cola charged several foreign affiliates royalties that were too low from 2007 to 2009, which reduced the parent company’s US income and resulted in underpayment of its US income taxes by $3.3 billion.

Tax agencies often challenge transfer pricing arrangements on the grounds that they are set up to minimize income in high-tax countries and maximize it in low-tax countries.

Under a Base Erosion and Profit Shifting framework set up by the Organization for Economic Cooperation and Development (OECD) in 2016, one hundred national tax agencies including the IRS expect companies to use an “arm’s length” approach to transfer pricing.

That means, in the case of trademark rights, for instance, charging foreign units royalties equal to their open market value. The trouble is that trademarks are usually unique. So approximating their “arm’s length” price is difficult.

Coca-Cola says in court filings that the IRS approved the company’s method for setting its transfer prices for the affiliates in a 1996 agreement, but that the IRS later withdrew that approval and issued the bill for back taxes.

Coca-Cola did not have an APA with the IRS. Instead, it had an APA-like “audit closing agreement” that dated back to 1996 and was, the company says, reaffirmed in later audits.

But much changed in transfer pricing over the more than 20 years since Coca-Cola reached its understanding with the IRS.

“It’s an interesting case,” said former IRS Acting Commissioner Steven Miller. “If I were a tax director, I would be thinking about how much I can rely on agreements like this.

“It does drive home how important it is not to just assume that an agreement can be relied on forever because apparently, maybe not,” said Miller, now national director of tax at consulting firm Alliantgroup.