As new iPhones go on sale, studies reveal chips from Intel and Toshiba

Apple's latest iPhones hit stores around the world on Friday, featuring components made by Intel Corp and Toshiba among others, according to two firms that cracked open the iPhone Xs and Xs Max models. 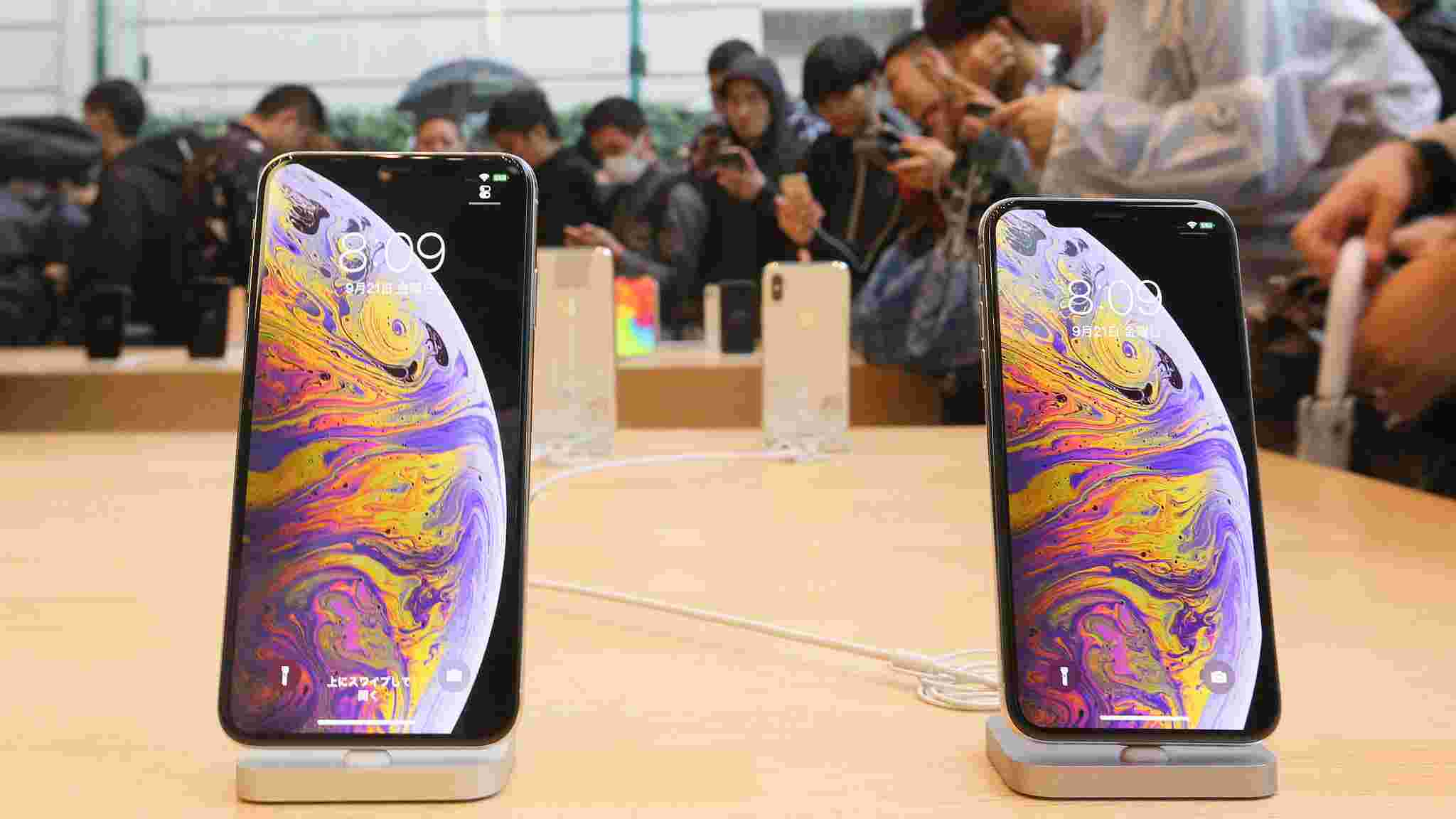 The studies by repair firm iFixit and chip analysis firm TechInsights, published this week, are among the first detailed teardowns of the phones, which reviews suggested were a subtle upgrade from the tenth anniversary iPhone X.

Supplying parts for Apple's iPhones is considered a coup for chipmakers and other manufacturers. While Apple publishes a broad list of suppliers each year, it does not disclose which companies make which components and insists its suppliers keep quiet.

That makes teardowns the only way of establishing the breakdown of parts in the phones, although analysts also recommend caution in drawing conclusions because Apple sometimes uses more than one supplier for a part. What is found in one iPhone may not be found in others.

The breakdowns listed no parts from Samsung and no chips from Qualcomm. 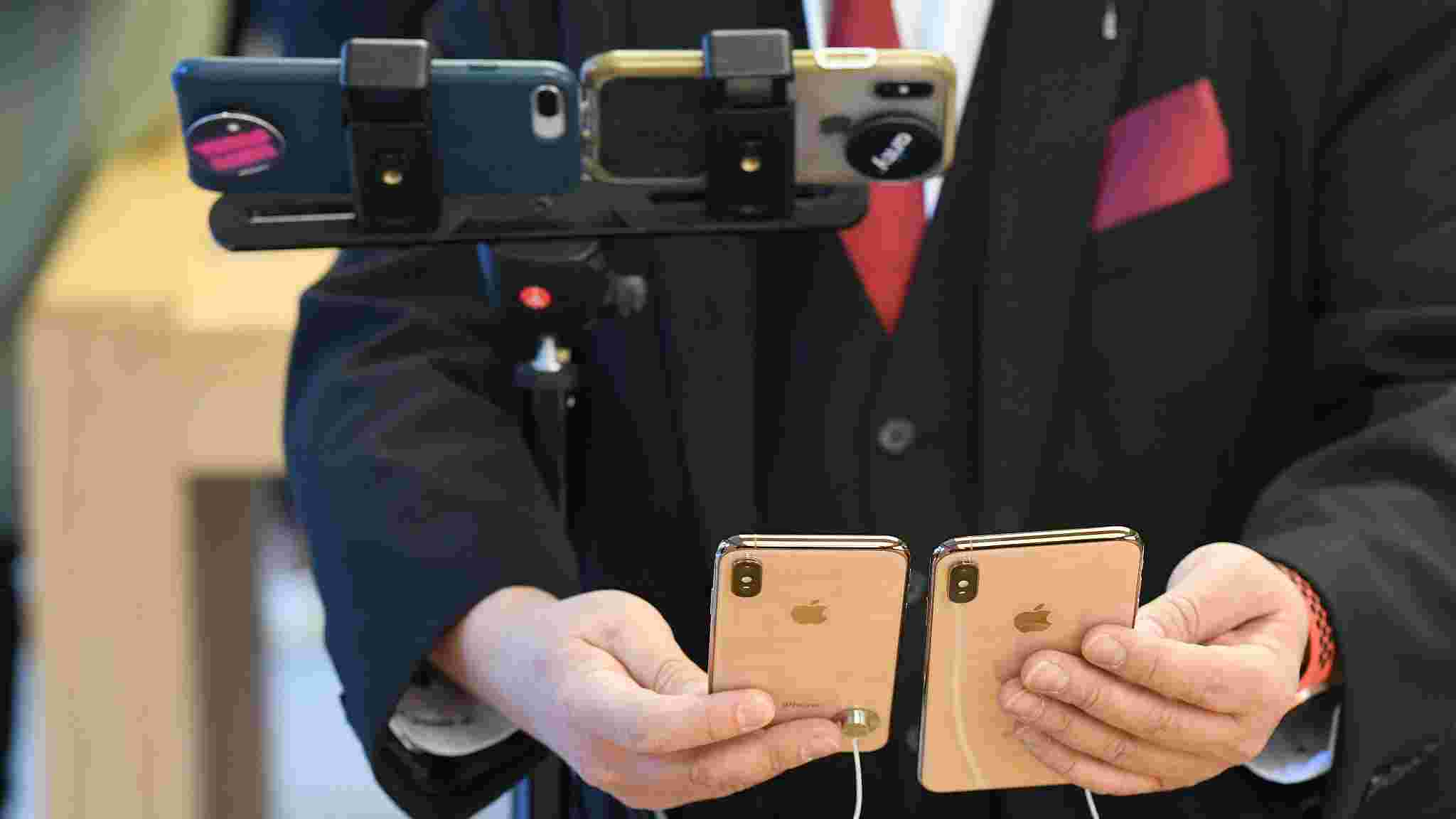 A journalist uses two iPhones to film two of the new iPhones at the Australian release of the latest iPhone models at the Apple Store in Sydney, September 21, 2018. (Photos: VCG)

Samsung in the past has supplied memory chips for Apple's iPhones and was believed by analysts to be the sole supplier of the costly displays for last year's iPhone X.

Qualcomm has been a supplier of components to Apple for years, but the two have been locked in a wide-ranging legal dispute in which Apple has accused Qualcomm of unfair patent licensing practices.

Qualcomm said in July that Apple intended to solely use "competitor's modems" in its next iPhone release.

The latest iPhones also had DRAM and NAND memory chips from Micron Technology and Toshiba, according to iFixit's study. Previous teardowns of the iPhone 7 had shown DRAM chips made by Samsung in some models. 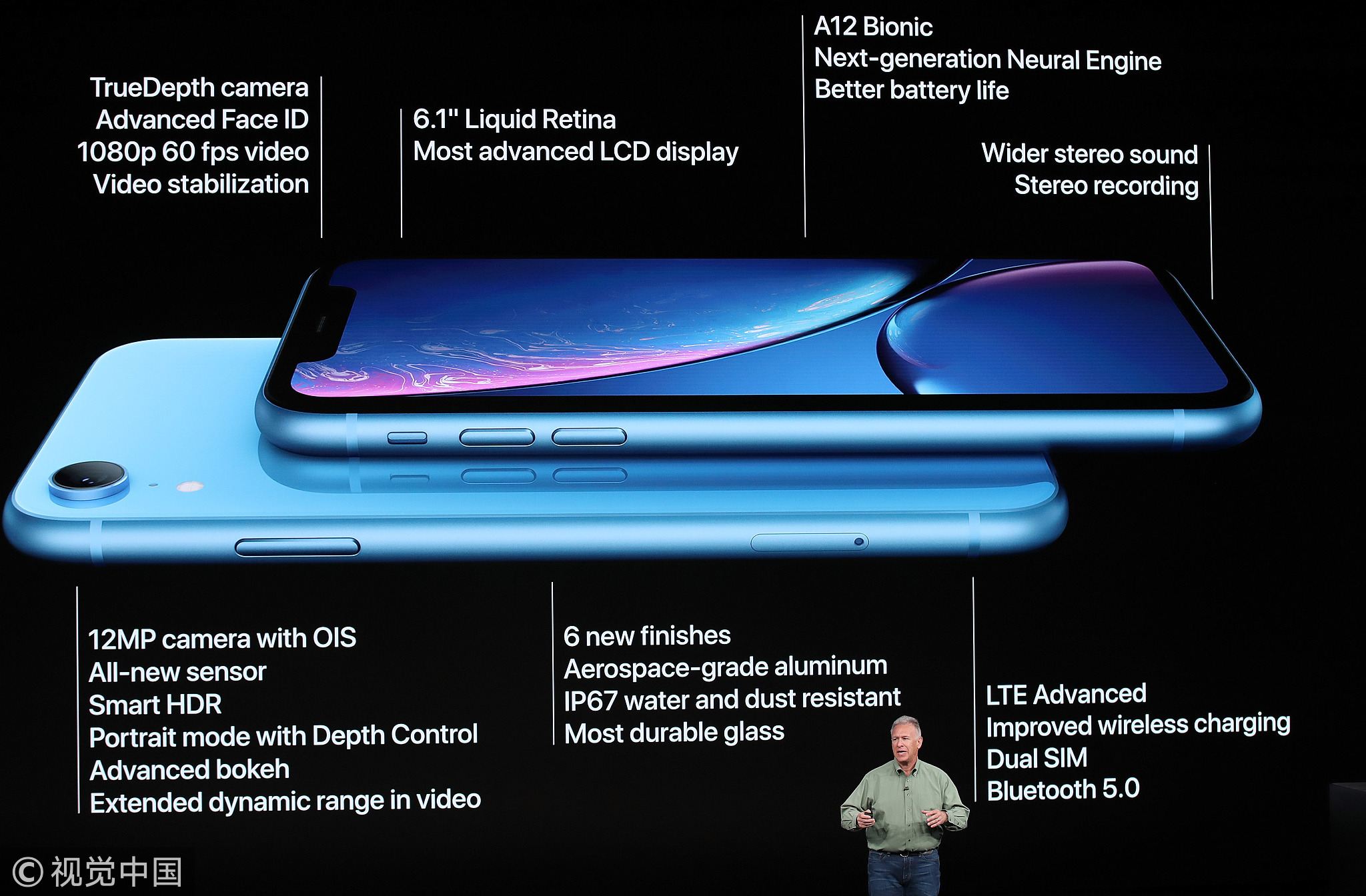 Phil Schiller, senior vice president of worldwide marketing at Apple Inc., speaks about the latest iPhones' parts at an Apple event at the Steve Jobs Theater at Apple Park in Cupertino, California,  September 12, 2018.

TechInsights' dissection of a 256-gigabyte storage capacity iPhone Xs Max, on the other hand, revealed DRAM from Micron but NAND memory from SanDisk, which is owned by Western Digital Corp and works with Toshiba for its supply of NAND chips.

In the past, TechInsights found Apple used different DRAM and NAND suppliers in the same generation of phones.

"For memory – Apple obviously competes with Samsung and wants to reduce their reliance as much as possible – so totally consistent that we'd see Toshiba for NAND flash storage and Micron for DRAM," Morningstar analyst Abhinav Davuluri said.

Jim Morrison, vice president of TechInsights, said that it appeared that one of Dialog Semiconductor's chips had been replaced in the iPhone Xs Max by one of Apple's own chips, but it was not yet known whether that also applied to the iPhone Xs.

Dialog declined to comment. In May, the company said Apple had cut orders for its chips.