BUSINESS As speculation is reined in, homes become costlier, but not by much

As speculation is reined in, homes become costlier, but not by much 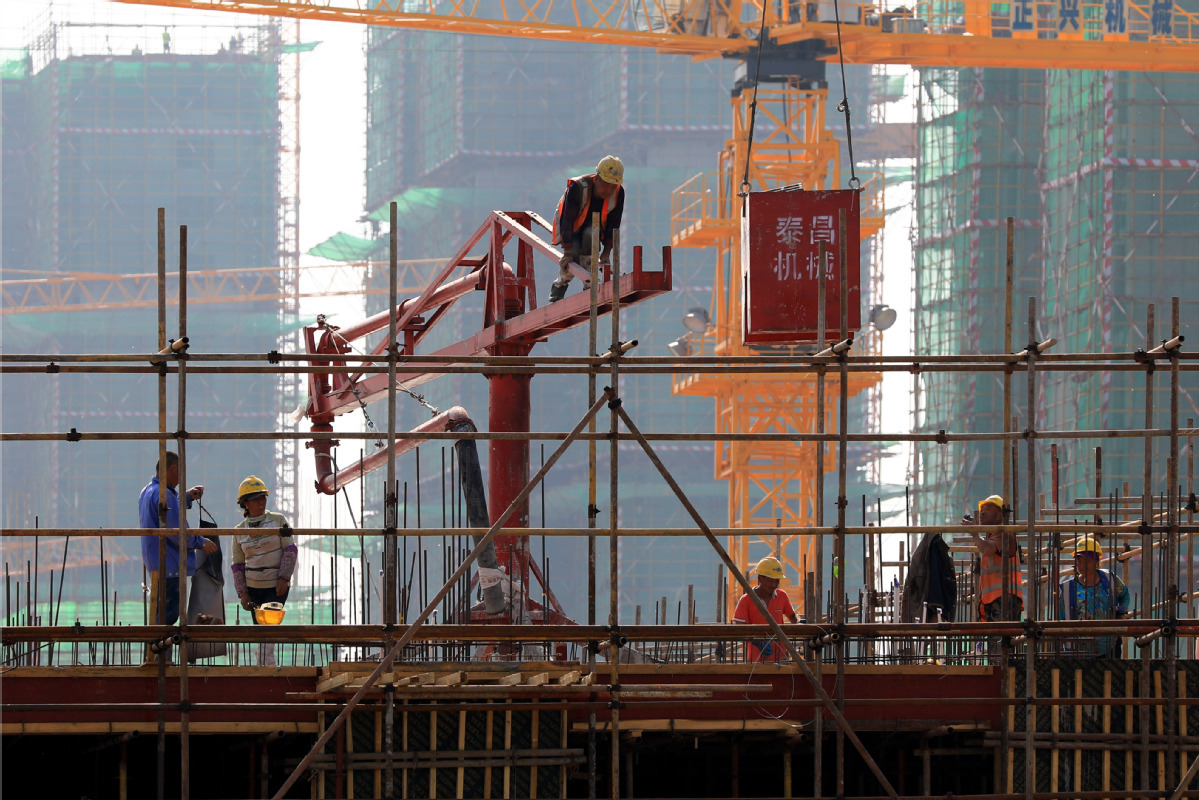 Workers at the construction site of a property project in Huai'an, Jiangsu province. (Photo: China Daily)

New home prices in China grew at a steady pace in May, with pre-owned houses reporting marginal gains in sale prices, as measures to curb speculation and stabilize the market continued to take effect, experts said.

New home prices in the 70 major cities tracked by the National Bureau of Statistics grew by 0.5 percent on a monthly basis and by 4.5 percent on a yearly basis last month.

"Home prices remained steady in most of the 70 large and medium-sized Chinese cities monitored by the NBS," said Sheng Guoqing, chief statistician of the NBS.

Housing prices rose in 62 cities last month, the same as in March and April. Three cities reported no changes while five saw a decrease in prices.

"This is good news. It shows that the various policies have been effective and will arrest the growth in property prices," said Yan.

Prices in the 31 second-tier cities monitored by the NBS rose 0.6 percent on a monthly basis, and 5 percent on a yearly basis, while the figures were 0.4 percent and 3.8 percent, respectively, for the 35 third-tier cities.

Compared to April, the four top-tier cities saw a 0.6 percent increase in their existing home trading. Beijing reported the biggest monthly gain of 1.1 percent in transaction prices among the four mega cities, followed by Guangzhou with 0.9 percent, Shanghai with 0.7 percent, while Shenzhen posted a negative growth rate of-0.1 percent.

Used home prices in the 31 second-tier cities, mostly provincial capitals, rose 0.4 percent on a monthly basis and by 3.5 percent on a yearly basis.

Existing home prices rose 0.2 percent on a monthly basis in the 35 third-tier cities and by 2.6 percent on a yearly basis last month.

The tightening measures have also had an effect on the pre-owned home market, with Shenzhen, a leader in the existing home price rises, reporting its first price drop since July 2019, said Zhang Dawei, chief analyst at Centaline Property Agency Ltd.

According to Zhang, 17 cities reported price drops on a monthly basis in May, the biggest since the beginning of the year.

The pre-owned home market is the focus of this year's property regulations and related measures will promote the stabilization of the sector, said Xu Xiaole, chief market analyst with the Beike Research Institute.

Much of the rigid demand has been digested in previous months, which means there would be less demand for pre-owned homes in the coming months, said Xu.

The NBS published separate real estate development data on Wednesday, which said home prices rose 18.3 percent year-on-year in the first five months of the year, while investment into the residential sector soared 20.7 percent from a year ago.

Sales of home space surged 39 percent and 56.5 percent year-on-year in terms of gross floor area and sales revenue, respectively, both of which are showing milder rates in comparison with the first four months, according to the NBS data.

Ding Zuyu, CEO of E-House (China) Enterprise Holdings Ltd, expects the property market to continue playing its role as an economic stabilizer, and both real estate investment and property sales to grow at double digits.

"Stabilizing home prices would continue to be a high priority on the work agenda, especially as the centenary of the founding of the Communist Party of China is approaching," said Yan.