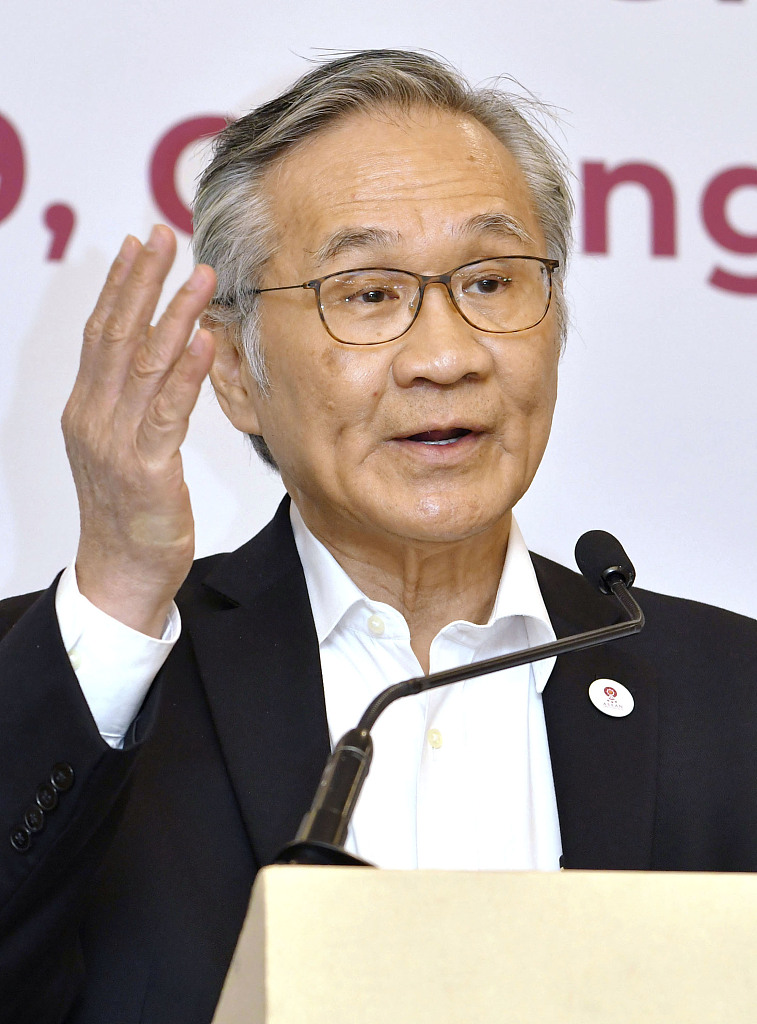 Thai Foreign Minister Don Pramudwinai meets the press after holding talks with other foreign ministers of the Association of Southeast Asian Nations in Chiang Mai, Thailand, on Jan. 18, 2019. (Photos: VCG)

The ministers made the remarks during the ASEAN Foreign Ministers' Retreat, the first ASEAN foreign ministers' gathering this year, which was held in the northern Thai province of Chiang Mai on Jan. 17-18.

Don, also chairman of the retreat, said in a statement that the foreign ministers were encouraged by the progress of the substantive negotiations toward the early conclusion of an effective Code of Conduct in the South China Sea (COC) on a mutually agreed timeline.

Underscoring the importance of the full and effective implementation of the 2002 Declaration on the Conduct of Parties in the South China Sea (DOC) in its entirety, the foreign ministers emphasized the need to maintain an environment conducive to the COC negotiations, according to Don.

He also said the foreign ministers noted that ASEAN member states and China have agreed on a Single Draft COC Negotiating Text and have been looking forward to the completion of the first reading of the text by 2019, as announced at the 21st ASEAN-China Summit in Singapore in November 2018.

In a press conference held after the retreat, Don added that the ASEAN foreign ministers "welcomed practical measures that could reduce tension, the risk of accidents, misunderstanding and miscalculation. We stressed the significance of undertaking confidence building and preventive measures to enhance trust amongst parties."

The retreat was also the first gathering of the ASEAN foreign ministers under Thailand's chairmanship this year. The foreign ministers had discussions on ASEAN's priorities for 2019, as well as deep exchanges on regional and international development.