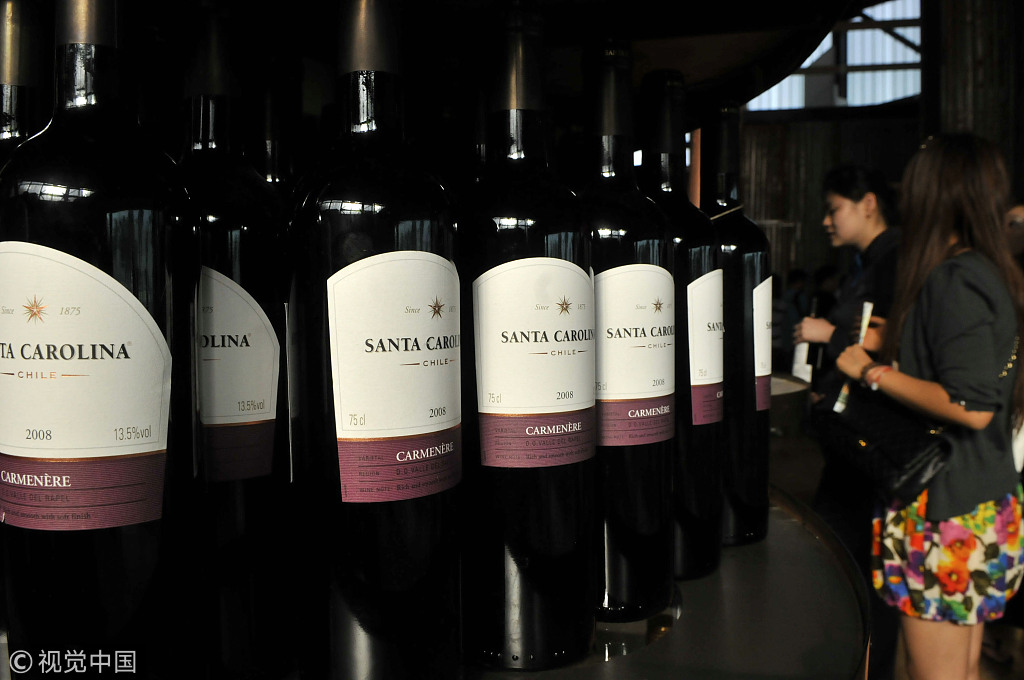 "The future of Chile's wine industry must aim at positioning itself more strongly in international markets such as China, India, Southeast Asia and North Africa," Walker said at a ceremony marking National Wine Day.

The goal of Chilean winemakers is "to conquer China, to do in India what we have done in China, conquer Southeast Asia and North Africa," said Walker.

To expand the country's export markets, the private and public sectors must work together, he said.

"The private world, the government and the winemaking world have to meet up," said Walker, adding the Agrarian Policies and Studies Bureau is the venue for exchanging ideas, identifying challenges and "taking charge of the problems."

Chile is the world's fourth-largest wine exporter, according to the minister.

The ceremony was hosted by the Santa Carolina Vineyard, one of the country's oldest, and drew officials from several sectors as well as the president of export promotion agency Wines of Chile, Mario Pablo Silva.

"For such a small country to be such an important global player in the consumption of wine is reason to be very proud," said Walker.

Chile's wine exports generate some $2 billion in revenue each year, according to Walker.

"Wine exports account for 5.7 percent of the country's non-copper exports, it's a huge sector that continues to have a great future," he said.