BUSINESS Asia-Pacific region's share of global GDP rises to over 42 pct in 2017: ADB

Asia-Pacific region's share of global GDP rises to over 42 pct in 2017: ADB

MANILA, Sept. 10 (Xinhua) -- The share of Asia-Pacific region in global gross domestic product (GDP) continues to increase, growing from 30.1 percent in 2000 to 42.6 percent in 2017, the Asian Development Bank (ADB) said in a new report released on Monday. 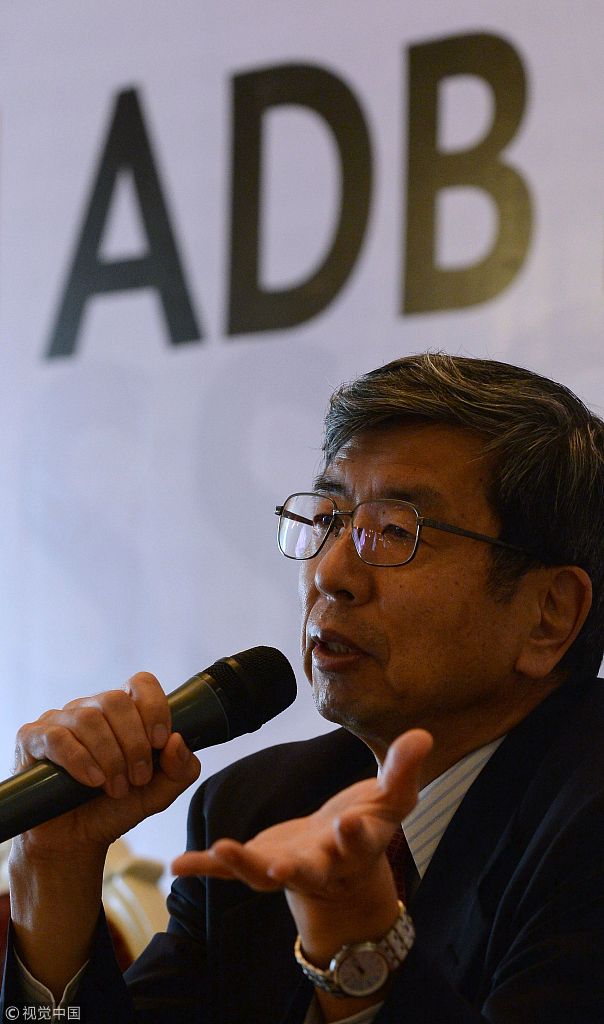 The Manila-based bank added that labor force in the Asia-Pacific region which is steadily shifting away from agriculture towards employment in industry and services, and at the same time, the region's economies continue to strengthen their participation in trade and global value chains.

However, he added "the region's development agenda is still unfinished and better data is crucial for helping policymakers identify priority areas and implement successful interventions."

"Key Indicators 2018 can help decision-makers by bringing together a wide variety of statistics and highlighting data gaps that need to be bridged," Sawada said, referring to the report, entitled Key Indicators for Asia and the Pacific 2018.

Data showed that around 780 million people from the region have moved out of extreme poverty from 2002 to 2013.

Gains have also been made towards achieving gender parity in a number of important areas, including education and employment, alongside improvements in outcomes for women's health issues, the data furthered revealed.

Meanwhile, the data also showed that there has been a marked shift in employment away from agriculture toward industry and services.

"Quality of life, as indicated by the Human Development Index, continues to improve," ADB President Takehiko Nakao said in a foreword he wrote for the report.

Nakao said the economies of Asia and the Pacific "saw a return to robust export growth in 2017, reflecting the recovery of global output and investment, and the region now contributes more than a third of the world's exports".

"The SDG indicators presented in this publication show that poverty and its associated issues need to be addressed as a priority," Nakao said, referring to the Sustainable Development Goals.

For instance, he said the indicators highlight the need to improve access to, and quality of, education and health services; expand access to affordable and clean energy sources and safe water and sanitation facilities; and ensure more sustainable patterns of production and consumption.

"They also emphasize the need to tackle climate change and maintain the growth momentum required to achieve the SDGs," Nakao said.

Cover photo: Trucks transport containers in and out of Tanjung Priok seaport in Jakarta on April 7, 2016.