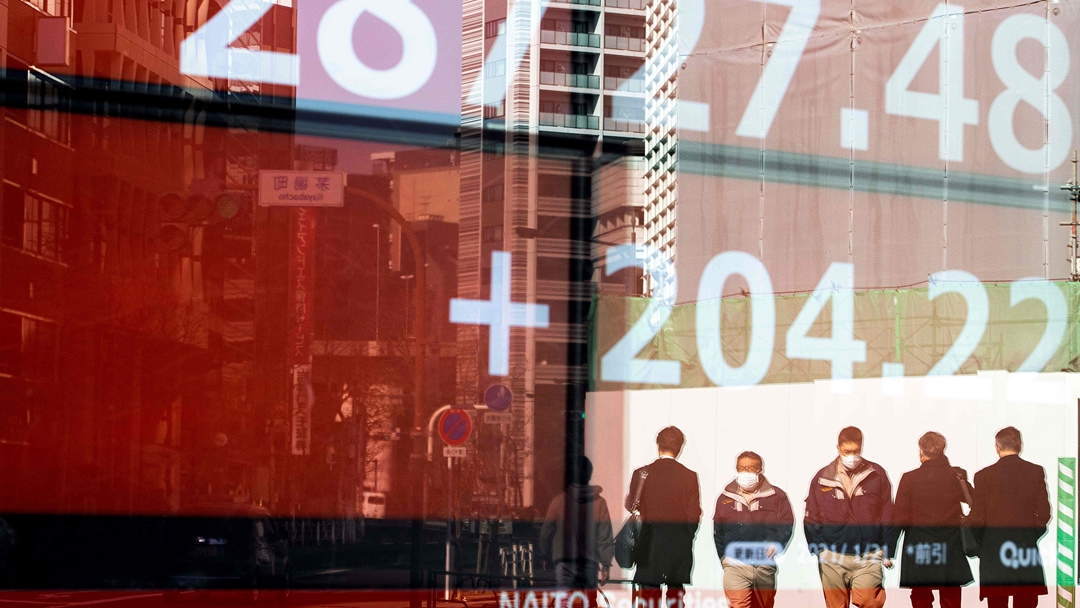 Pedestrians are reflected on a stock indicator displaying numbers of Nikkei 225 of the Tokyo Stock Exchange in Tokyo, Japan, January 21, 2021. (Photo: CFP)

Asian stock markets extended gains on Tuesday on increased optimism about stimulus packages and global economic recovery, while retail investors retreated from GameStop and their new-found interest in silver.

Markets were buoyant ahead of negotiations Tuesday between U.S. President Joe Biden and Republican senators on a new COVID support bill. The Republican Party's $618 billion stimulus plan released early Monday was about a third the size of the President's proposal. Top Democrats later on Monday filed a joint $1.9 trillion budget measure in a step toward bypassing Republicans.

South Korea's KOSPI also gained, adding 2.3 percent, as the country's ruling party readies another round of COVID-19 cash handouts and an extra budget.

Spot silver prices eased on Tuesday, falling more than 1 percent to $28.30 in early trade, as some of the feverish retail-trader driven interest in the precious metal cooled.

On Monday, amateur investors who have been organizing on social media sites like Reddit and Twitter, set their sights on silver, driving up mining stocks around the world and sending precious metals dealers scrambling for bars and coins to meet demand.