Hong Kong led a sell-off across Asian markets Monday as profit-takers moved in following a six-day rally, while traders look ahead to the release of corporate earnings.

With few catalysts to drive buying, equities were ripe for selling after last week's healthy gains, with the US government shutdown -- now in its fourth week and showing no sign of ending soon -- instilling a sense of unease. 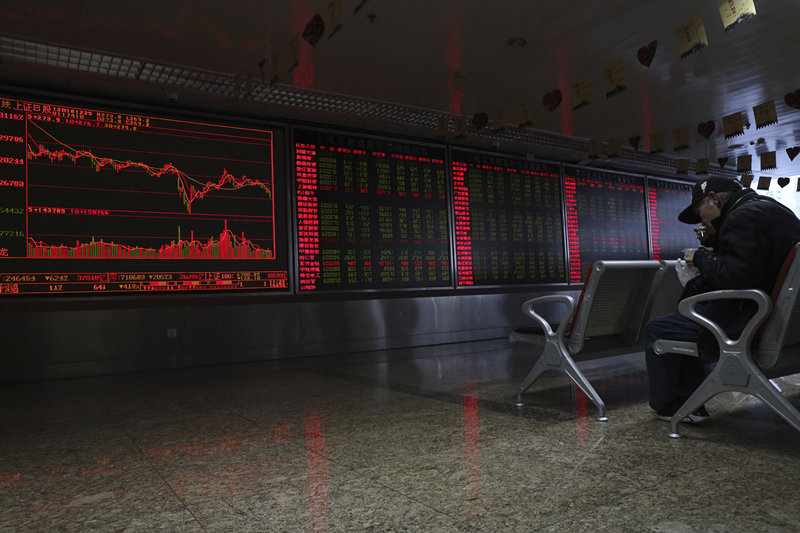 Also on the agenda is Tuesday's key Brexit vote, with British Prime Minister Theresa May making an 11th hour appeal to MPs to pass her agreement with the EU, which is expected to be voted down by a wide margin.

In early trade Hong Kong shed more than one percent after chalking up gains of more than six percent over the previous six trading days, while Shanghai eased 0.2 percent and Sydney lost 0.1 percent.

Tokyo was closed for a holiday.

There are growing concerns that the partial government shutdown of the US government, which has seen hundreds of thousands of federal workers go unpaid, could also impact the world's number one economy.

With Democrats refusing to give in to Trump's demands for cash to pay for a Mexican border wall, there is no end in sight in the row, which Standard & Poor's estimates has already cost the US more than $3 billion.

Stephen Innes, head of Asia-Pacific trade at OANDA said that could see markets "pay increased attention to this issue as those numbers are not small potatoes".

Dealers are now looking at the business reporting season, which starts in earnest this week, with some fears of weak results as the global economy shows signs of slowing.

The tech sector will be closely scrutinised after Apple earlier this month lowered its revenue forecasts for the key December quarter, while rival Samsung flagged a near 30 percent drop in operating profit.

On currency markets the pound is holding up despite May's expected defeat in Tuesday's vote, with lawmakers across all parties against her deal.

The opposition Labour Party suggesting it will seek a no-confidence vote in the government soon afterwards, which could fan further uncertainty and possibly lead to another general election.