Asian investors trod cautiously Thursday as they try to ascertain the state of play in the China-US trade row, while the pound edged higher on growing optimism Britain will not crash out of the European Union. 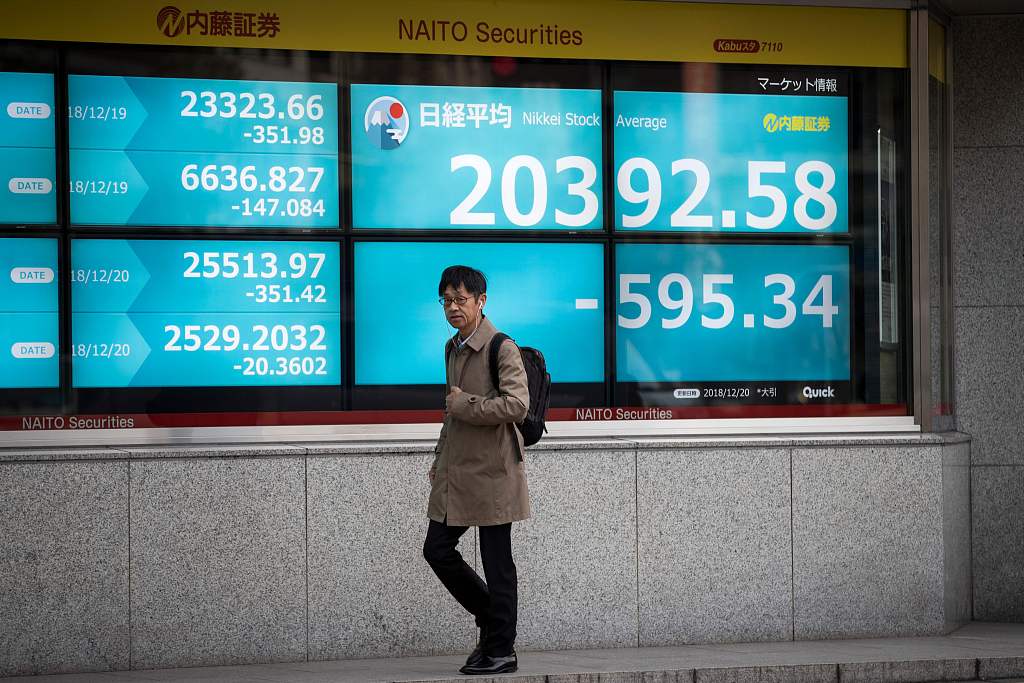 The long-running US government shutdown continued to rankle, with Democrats and Donald Trump digging their heels in over the president's border wall budget demand, while a White House official warned it could hammer the world's top economy.

For a second day equities swung to and fro, with few solid catalysts to drive trade, though Wall Street provided a positive lead as all three main indexes ended higher following upbeat earnings from the likes of market titans Procter & Gamble and IBM.

In early trade Hong Kong was down 0.1 percent and Shanghai slipped 0.3 percent while Tokyo ended the morning 0.4 percent lower.

Sydney was 0.1 percent off and Seoul edged up 0.2 percent while Singapore added 0.3 percent and Wellington eased 0.1 percent. Taipei, Manila and Jakarta edged up.

Trump on Wednesday gave an upbeat assessment of the state of affairs in the trade stand-off, saying "we're doing very well in the negotiations" and that China "wants to make a deal".

However, dealers will take the remarks in their stride in a week that has seen the White House deny Financial Times and CNBC reports that officials had rejected Beijing's offer of preparatory discussions ahead of next's high-level talks in Washington.

Earlier Bloomberg said the two sides were struggling to see eye to eye on the delicate issue of intellectual property.