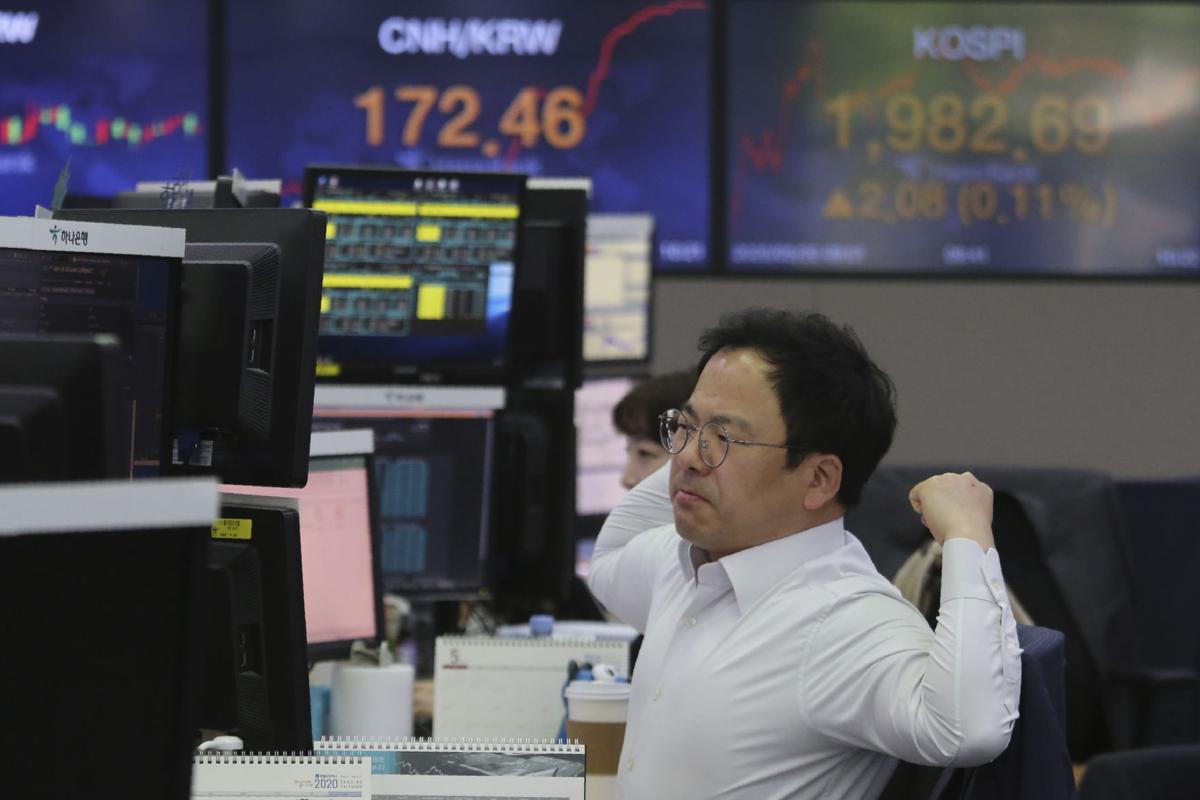 Asian equities were mixed Friday after fluctuating through the week as traders try to pick a way through a number of opposing issues, with the easing of lockdowns and mostly improving economic data offset by geopolitical tensions and second wave worries.

After three months of big gains across the planet -- fuelled by the reopening of economies as well as trillions of dollars in government and central bank support -- markets appear to be levelling out as investors await the next major catalyst, such as a vaccine.

But, while countries continue to ease business and jobs-destroying containment measures the virus is spiking in several places including Beijing, Tokyo, Germany, Florida and Texas.

"Concerns over the spread of COVID-19 in some US states in particular where hospitalisation rates are rising, and also following the recent outbreak in Beijing, continue to cast something of a pall over markets," said Ray Attrill at National Australia Bank.

Adding to the unease are simmering tensions between the two Koreas as well as China and India following a deadly border skirmish this week in the Himalayas.

Donald Trump added to the uncertainty Thursday by tweeting that the US "certainly does maintain a policy option, under various conditions, of a complete decoupling from China. Thank you!"

The message came a day after his trade representative and China hawk Robert Lighthizer told a congressional committee that China so far has been living up to the terms of a "phase one" agreement that eased the dispute, and that decoupling the two economic giants was now impossible.

While observers see it unlikely the superpowers would break off all economic activity, the comments were the latest volley from Trump over China as he aims for re-election in November.

"Global equities will struggle to improve upon recent gains on a debatable V-shaped economic recovery, rising COVID-19 cases... and a wrath of geopolitical risks, stemming from the US-China trade war, tension amongst the Koreas, and even disputes on the Himalayan border," said OANDA's Edward Moya.

Sydney jumped 0.9 percent, Jakarta added 0.8 percent and Wellington was 0.5 percent higher, though Seoul, Singapore and Manila were in the red.

Kate Moore, at BlackRock, said there was too much uncertainty on trading floors to have any confidence in what will happen in the future.

"No one at this point, analysts, companies, strategists, portfolio managers, has a great sense for what earnings will be in 2020 or in 2021," she told Bloomberg TV. "We are experiencing a lot of dislocations in the economy and consumption patterns and it is pretty difficult to predict."

On currency markets the pound struggled to bounce back from Thursday's drop that came after the Bank of England unveiled an extra £100 billion of cash stimulus to prop up the economy, which met forecasts but analysts said traders were disappointed by a lack of forward-looking reassurance.

The dollar was also up against most other higher-yielding, riskier units with the Mexican peso off two percent and the South African rand one percent off.

Oil prices extended the previous day's gains on optimism over the demand outlook as lockdowns are eased, and despite worries over possible fresh infections.

"What's become clear this week is that any second wave isn't going to necessarily prompt governments to return to draconian lockdowns," Vandana Hari, at Vanda Insights, said. "The market is quite reassured when it comes to tightening supply" from major producers in and outside of OPEC.