BUSINESS Asian markets sink on concerns over US stimulus

Asian markets sink on concerns over US stimulus 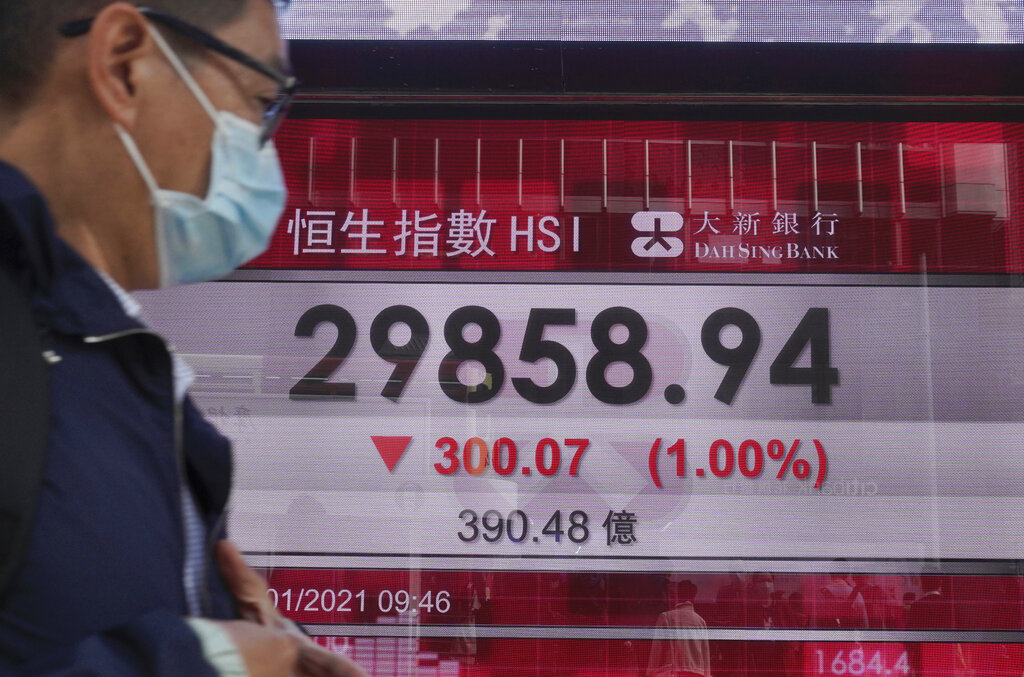 Asian markets sank on Tuesday following the previous day's healthy run-up, with sentiment jolted by the prospect that Joe Biden's huge stimulus could be watered down and not even be passed for several weeks.

Investors have been on a buying spree since November, when Biden won the presidency and vaccinations began to be authorised, with the usual support also coming from central banks' loose monetary policy and government spending.

But while the general feeling on trading floors is of optimism about the long-term outlook, confidence is being tested by surging virus infections and deaths, lockdowns and problems in rolling out inoculations.

The biggest driver of the market rally in recent weeks has been hope for Biden's $1.9 trillion economic rescue plan.

But there is a growing concern that it could be whittled down in Congressional negotiations, with Republicans and even some Democrats concerned about its size in the wake of a $900 billion deal passed at the end of last month.

"I don't expect we'll know whether we have an agreement or to what extent the entire package will be able to pass or not pass until we get right down to the very end of this process -- which will be probably in a couple weeks," Biden said Monday.

Democratic Senate Majority Leader Chuck Schumer said the bill would likely not be ready until March, just as benefits from the previous package wind down.

"We'll try to get that passed in the next month, month and a half," he said.

While the S&P 500 and Nasdaq both ended at new record highs on Wall Street, the Dow slipped.

And Asian traders were in a selling mood Tuesday, with Hong Kong and Shanghai suffering big losses after the People's Bank of China tightened liquidity in mainland financial markets.

Seoul shed more than two percent after data showed the South Korean economy suffered its worst year since 1998, when the Asian financial crisis rocked the region.

Singapore, Taipei, Manila and Jakarta also lost more than one percent while there were sizeable losses in Tokyo, Bangkok and Wellington. Sydney was closed for a holiday. 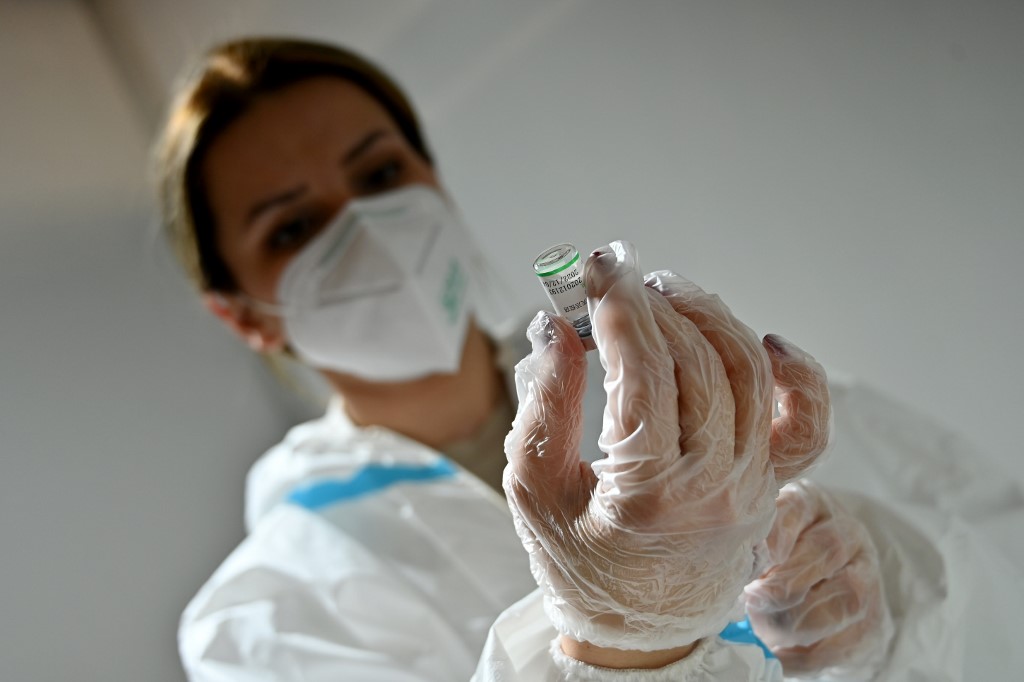 A healthcare worker prepares a dose of Chinese-made Sinopharm Covid-19 vaccine, in Belgrade Fair turned into a vaccination centre, on January 25, 2021. (Photo: AFP)

Virus concerns continue to cast a shadow, and the World Health Organization provided a dose of reality Monday as the head of its emergencies programme warned the rollout of vaccines will not reach a level that would stop transmission in the foreseeable future.

"The bar for success is reducing the capacity of this virus to kill, to put people in hospital, to destroy our economic and social lives," Mike Ryan said, adding that there were not even enough doses for those most at risk.

The comments come after British-Swedish drug company AstraZeneca said it will not be able to meet its promised targets on EU shipments -- a week after US group Pfizer said it was also cutting delivery volumes.

However, Biden said he was "confident" the US would be able to reach herd immunity by the summer.

Investors are also keeping tabs on the ongoing earnings season, while the Federal Reserve's board meeting this week is expected to shed light on its plans for monetary policy in light of the stimulus proposal.

OANDA's Jeffrey Halley said if central bank boss Jerome Powell's post-meeting comments are on the dovish side "it will be business as usual, with markets myopically fixated on US stimulus progress".

He added that a 10-15 percent correction in markets would be welcome owing to the strong rally over recent months, "but global monetary policy means asset price appreciation remains front and centre for 2021".