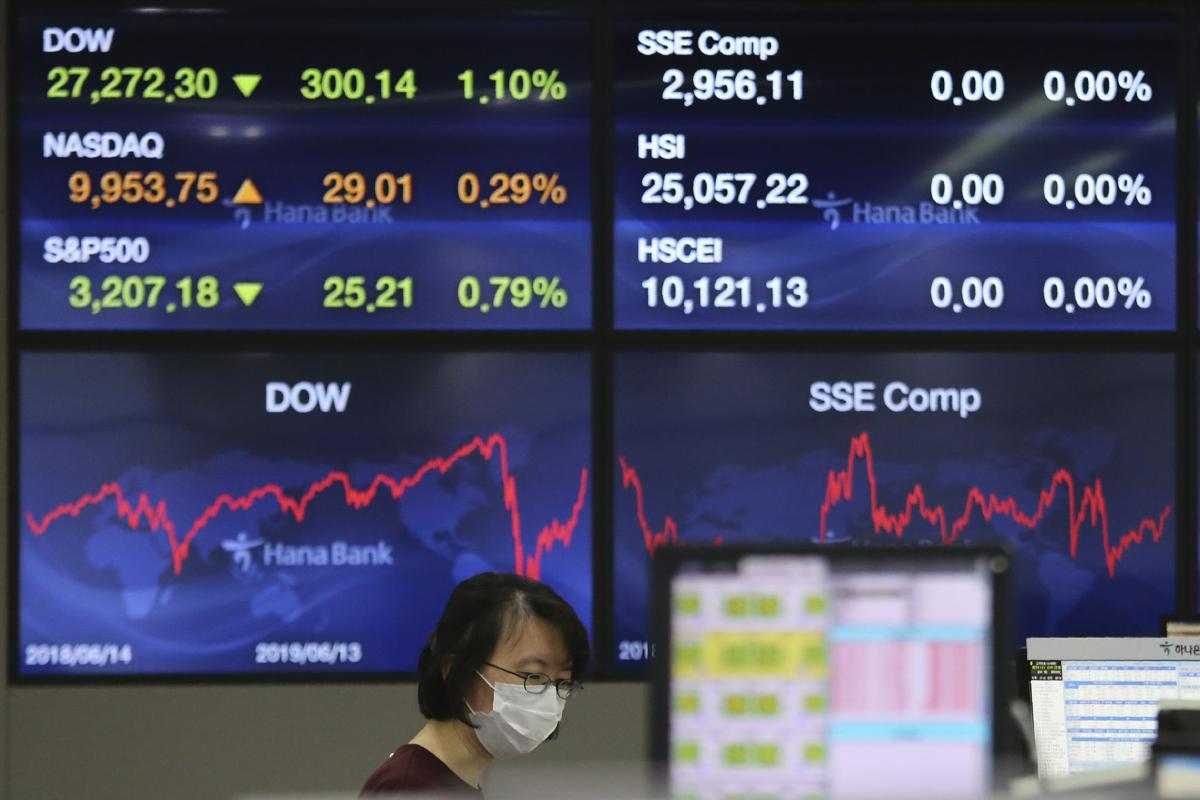 Asian markets fell Friday as rising virus infection rates in the US put the brakes on the latest rally.

Equities have shown a healthy resilience to the worryingly rapid spread of the disease around the world, with hopes for the economic recovery, the easing of lockdowns and government largesse providing crucial support.

But several days of figures showing a record number of new cases in highly populated states including Florida, Texas and California -- leading to the reimposition of containment measures -- were beginning to sink in.

Analysts also pointed out that while global markets have enjoyed healthy gains, those have mostly come thanks to traders moving into tech firms, which are more likely to benefit from further lockdowns.

This is reflected in the tech-heavy Nasdaq index on Wall Street hitting multiple record highs over the past week, including Thursday.

The US saw 65,551 new coronavirus cases, a record for a 24-hour period, with top infectious diseases expert Anthony Fauci calling for a pause in states' reopenings, though he added: "I don't think we need to go back to an extreme of shutting down."

Donald Trump, who has openly said he disagrees with Fauci, has downplayed the spike in cases, saying the rise in cases was because more testing was being carried out.

The Dow fell more than one percent and the S&P 500 also dropped, with traders unmoved by data showing the number of US workers filing for unemployment benefits last week fell by 99,000.

Analysts warned the figure remained high and the latest reclosures in some states could lead to fresh layoffs.

Shanghai, which has been surging over the past week, was down more than one percent, also hit by news that authorities were cracking down on margin financing to avoid another bubble forming.

Sydney slipped 0.1 percent and Seoul shed 0.8 percent while there were also losses in Taipei, Wellington and Manila.

"Optimism is giving way to de-risking into the weekend as there is no way to sugar-coat, let alone the Fed papering over (with a financial back-stop), the new daily COVID-19 cases," said Stephen Innes at AxiCorp.

However, he added: "The market is concerned about the uptick in cases globally, but given the ample liquidity backdrop, money is funnelling into perceived safe areas of the market like tech, which should hold up broader indexes to a degree."

The risk-off mood hit oil prices and higher-yielding currencies as traders shifted to safer havens such as the yen and dollar.

However, gold -- another go-to asset in times of uncertainty -- was hit by profit-taking after hitting eight-and-a-half-year highs on Thursday.

Investors are also keeping tabs on the US presidential race, with Democratic candidate Joe Biden unveiling a multi-billion-dollar economy and jobs-boosting plan as well as new tax rules including hiking the country's corporate tax rate to 28 percent from 21 percent.