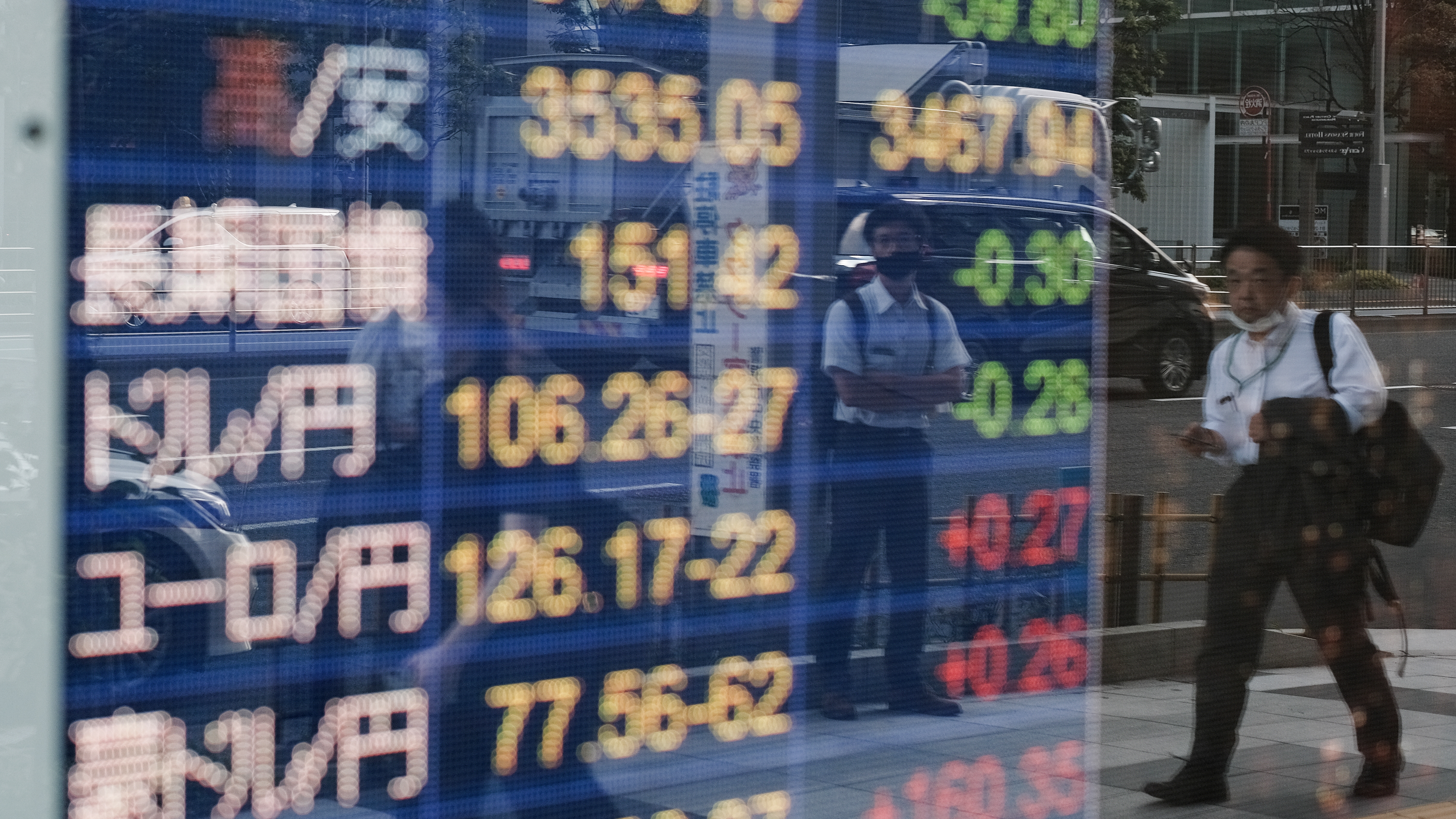 An electronic stock board outside a securities firm in Tokyo, Japan, August 28, 2020. /CFP

Trump broke off talks with Democrats in a tweet, saying that negotiations will stop until after the election, when he promised a major stimulus bill.

That sent U.S stocks on their steepest drop in two weeks, pushed oil sharply lower and lifted safe assets like the dollar and bonds.

MSCI's broadest index of Asia-Pacific shares outside Japan rose by 0.4 percent to a fresh two-week peak, led by a 1.3-percent gain in Australia where an expansionary budget lifted stocks.

"One way or another we're going to get some stimulus, it's just we're not going to get it now," said ING's chief economist in Asia, Rob Carnell. "So we'll tread water for a bit."

Tokyo stocks ended flat on Wednesday as concerns reemerged about the pace of the global recovery from the pandemic after Trump halted talks for an additional stimulus package.

Japan's Nikkei shed 0.2 percent, but has avoided the selloffs that have dragged on U.S. markets in recent weeks.

The broader Topix index of all First Section issues on the Tokyo Stock Exchange eased by 0.10 percent, at 1,644.07.

China's markets remain closed until Friday for a national holiday.

In addition, Trump's health condition adds uncertainties to the market. Trump returned to the White House on Monday in a helicopter after being discharged from a military hospital. On October 2, Trump announced that he and his wife Melania had tested positive for COVID-19.