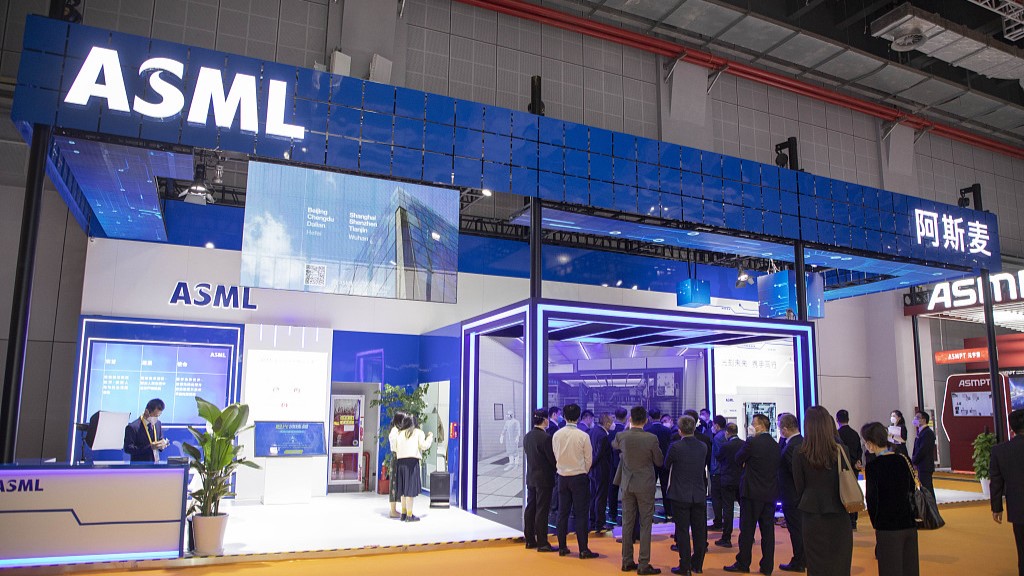 The chief executive of ASML Holding NV, a Dutch semiconductor equipment maker, on Tuesday said a U.S. push to get the Netherlands to adopt new rules restricting exports to China is contradictory.

ASML is a market leader in extreme ultraviolet (EUV) lithography technology. The Dutch government has restricted ASML from exporting its most advanced lithography machines to China since 2019 under U.S. pressure.

"American companies benefit from the fact that we are not allowed to supply EUV to China," CEO Peter Wennink said in an interview with newspaper NRC Handelsblad.

Wennink said it seemed contradictory that U.S. chip manufacturers can sell their most advanced chips to Chinese customers, while ASML is only able to sell older chipmaking equipment.

"American chip manufacturers have no problem with China as a customer," he said.

EUV lithography machines cost up to $160 million each and are used by chipmakers such as Taiwan Semiconductor (TMSC), Samsung and Intel to create the circuitry of computer chips.

He said that while 15 percent of ASML's sales are in China, at U.S. chip equipment suppliers "it is 25 or sometimes more than 30 percent."

A spokesperson for ASML confirmed the remarks in the interview were accurate but declined further comment.

The U.S. passed a massive chip funding bill in July that aims to restrict China's semiconductor development through subsidies and bans on so-called "national security" grounds.

China on Monday sued the U.S. through the World Trade Organization dispute settlement mechanism over its chip export controls and slammed the U.S. for generalizing the concept of national security in recent years.