BUSINESS AstraZeneca 'not selling EU doses to other countries': CEO

AstraZeneca 'not selling EU doses to other countries': CEO

AstraZeneca's CEO insisted Tuesday that the company was not selling vaccines ordered by the European Union to other countries at a profit, after delayed orders sparked fury from EU leaders. 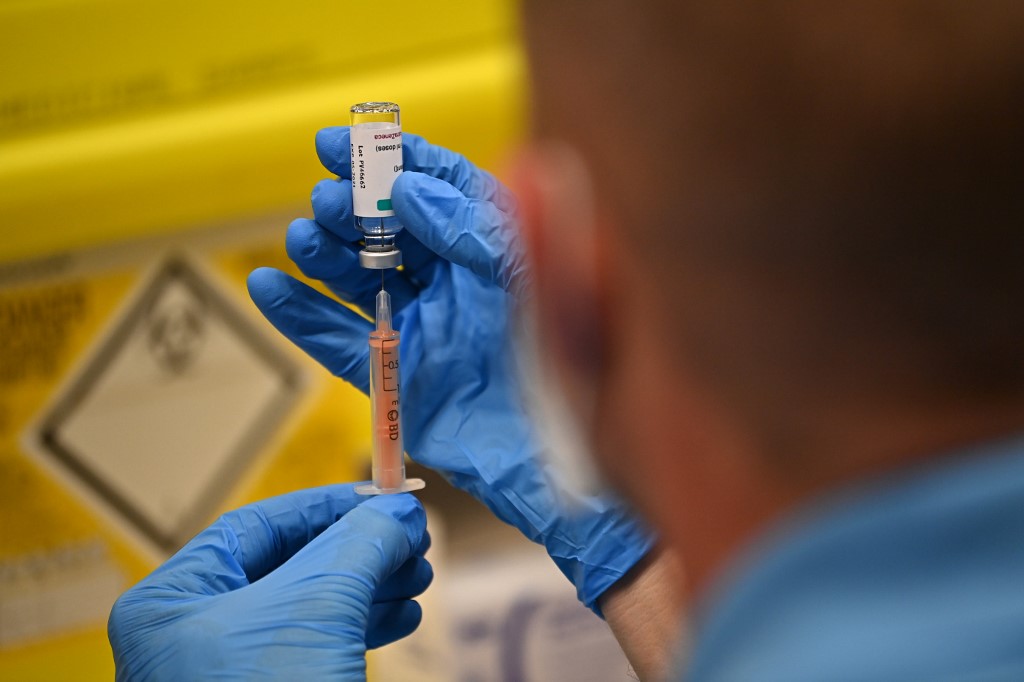 A healthcare professional draws up a dose of the Oxford/AstraZeneca Covid-19 vaccine at the vaccination centre set up inside Brighton Centre in Brighton, southern England, on January 26, 2021. (Photo: AFP)

The British-Swedish drugs firm admitted last week that it would not meet its contractual delivery commitments to the EU because of "reduced yields" in its European supply chain.

"The European Union wants to know exactly which doses have been produced where by AstraZeneca so far, and if or to whom they have been delivered," she said Monday.

AstraZeneca's CEO Pascal Soriot sought to calm the situation on Tuesday, acknowledging that European governments were growing "aggravated or emotional" due to repeated stumbling blocks in their vaccine rollouts.

"Our team is working 24/7 to fix the very much issues of production of the vaccine itself," he told the LENA European newspaper alliance.

He stressed: "We're certainly not taking vaccines away from the Europeans to sell it somewhere else at the profit."

The company, which teamed up with Oxford University to develop its vaccine, has pledged not to make a profit on sales of the jab during the pandemic.

The company is working with Oxford to develop a vaccine that specifically targets a more infectious South African strain of Covid-19, Soriot said.

UK 'had time to fix glitches'

Europe's AstraZeneca woes came a week after US group Pfizer said it was also cutting early delivery volumes of its vaccine produced with German firm BioNTech.

Those two announcements have risked up-ending the EU's vaccination programmes while heaping pressure on the European Commission, which took on the task of negotiating vaccine orders on behalf of all 27 member states.

Soriot noted that recently-departed EU member Britain -- which said Tuesday it was confident of receiving all its vaccine doses -- had started its rollout three months earlier.

"So with the UK we have had an extra three months to fix all the glitches we experienced," he said.

The Oxford-AstraZeneca vaccine is still awaiting regulatory approval in the EU, with a decision from the European Medicines Agency due Friday.

The firm said last year that it had agreed with the European Commission to supply up to 400 million doses to the EU.

"As soon as we get an approval by EMA, in the next few days, we will be shipping at least three million doses immediately to Europe," Soriot said.

"The target is to deliver 17 million doses by February."

Europe is on track to receive 17 percent of AstraZeneca's global production in February "for a population that is 5 percent of the world population", he noted.

The AstraZeneca vaccine is cheaper than that produced by rivals such as Moderna and Pfizer, and is also easier to stock since it does not need to be kept at ultra-low temperatures.