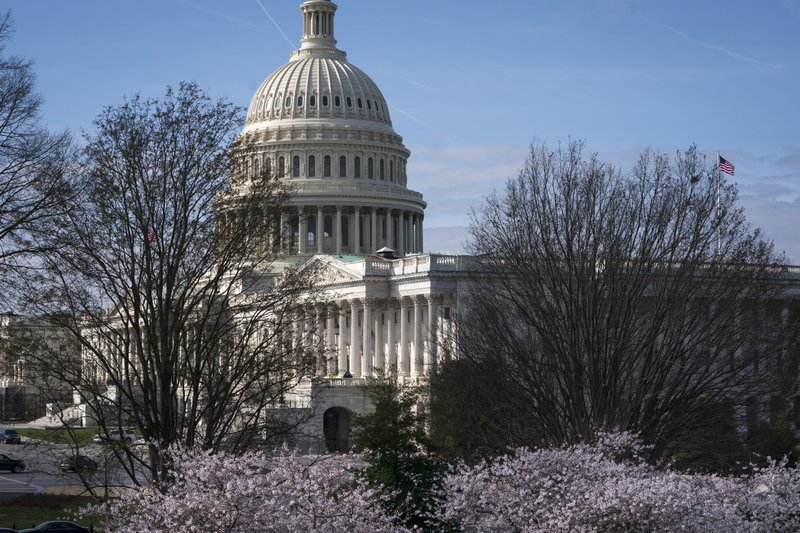 The Capitol is seen as lawmakers negotiate on the emergency coronavirus response legislation, at the Capitol in Washington, Wednesday, March 18, 2020. (Photo: AP)

A snapshot of the emerging rescue package in Congress to provide healthcare and economic aid amid the coronavirus outbreak and national shutdown. The details are subject to change as congressional leaders and the White House continue negotiating the nearly $2 trillion package. The highlights so far:

The measure would provide a quick, one-time stipend of about $1,200 per individual, $2,400 for couples, and $3,000 for family of four. The money would cut off at higher income levels.

An estimated $350 billion would be provided for small businesses to keep making payroll. Companies with 500 or fewer employees could tap up to $10 million each in forgivable small business loans to keep paychecks flowing. The program would provide 8 weeks of assistance through federally-guaranteed loans qualifying employers who maintain payroll; if they do, other costs like mortgage interest, rent, and utilities would be forgiven.

Establishes a new, much more generous unemployment benefit by adding $600 per week to normal state benefits for up to four months and provides an additional 13 weeks of benefits to 39 weeks of regular unemployment insurance through the end of 2020 if they are sidelined by the outbreak. The coverage would be retroactive to Jan. 27. Extends coverage to “gig” workers and independent contractors.

The bill includes an additional $242 billion in additional emergency appropriations to fight the virus and shore up for safety net programs. That includes money for food stamps, child nutrition, hospitals, the Centers for Disease Control and public health and transportation agencies. The figure has gone significantly higher during talks over the weekend.

The measure includes $15.6 billion to augment the food stamp program, which helps feed around 40 million Low income people per year. It’s annual budget is around $70 billion. A bipartisan package is likely to provide far more.

The initial GOP plan called for $208 billion in loans to larger businesses like airlines, which would have to be repaid, and a subsequent; a version released over the weekend called for $500 billion. Leaders are still negotiating the final number and how the money would be provided by the administration and safeguards to prevent abuses. Delays payroll tax payments by employers. They would would be able to defer payment of their 2020 payroll taxes until 2021 and 2022.

Republicans and the administration have resisted demands by Democrats and governors for aid to the states, whose governors have requested $150 billion to shore up budgets strained by large new costs and plummeting tax revenues. Negotiations are likely to produce a compromise.