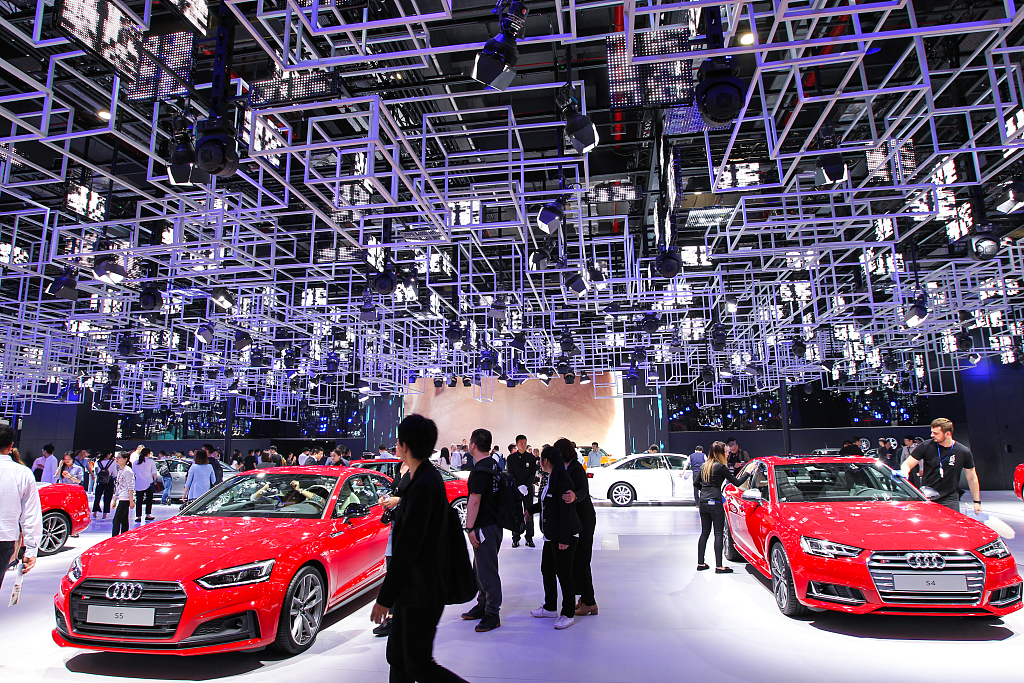 Audi cars are displayd at an auto exposition in Shanghai on December 2, 2018. (Photo: VCG)

The sales represented a 5.3-percent growth from the same period last year.

Domestically-manufactured models, whose sales grew 3.9 percent year on year, made up almost 91 percent of the cars sold last month, while sales of imported models made up 5,500 units, according to the FAW-Volkswagen Audi.

Audi became a shareholder of the Sino-German car making joint venture FAW-Volkswagen in 1996 and has since produced models in the country through the partnership, one of the most successful carmakers in China.

In 2018, FAW-Volkswagen Audi remained the top-selling luxury carmaker in China, with a total sales of 660,888 vehicles, and China is currently Audi's largest single market worldwide.

The carmaker has vowed to expand business and strengthen innovation to provide better products and services for Chinese consumers.