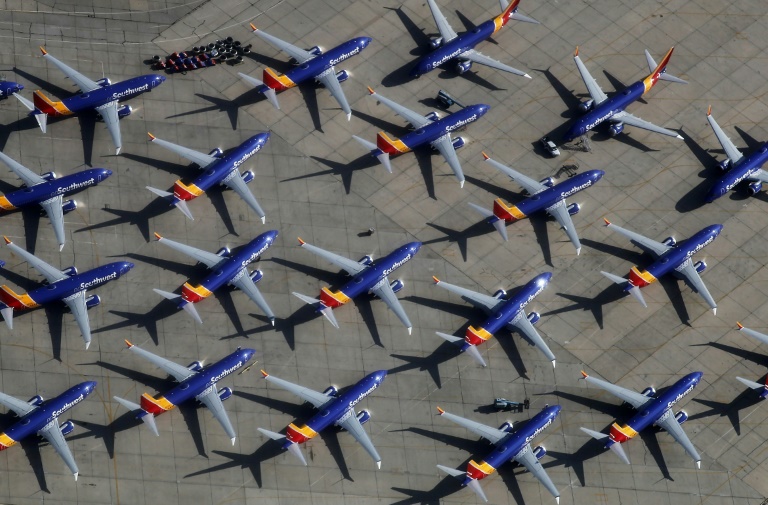 Southwest Airlines put millions of passengers at risk with planes that did not meet US safety standards, according to a new audit.(Photo: AFP)

The Federal Aviation Administration's lax oversight allowed Southwest Airlines to put millions of passengers at risk, according to a new audit that adds to scrutiny of the US regulator.

The audit shows the FAA, already facing questions for its certification of the grounded Boeing 737 MAX, permitted domestic-focused Southwest to operate planes purchased from other carriers in an "unknown airworthiness state."

Southwest operated more than 150,000 flights that did not meet US standards, the FAA's inspector general said in the report released Tuesday.

The airline was "putting 17.2 million passengers at risk," according to the Transportation Department's internal watchdog.

The criticism relates to 88 planes Southwest acquired from international airlines between 2014 and 2018 that FAA officials cleared for service without ensuring the planes met US safety standards. The airline said it has since addressed thoroughly inspected nearly all of those aircraft.

FAA officials relied on summary data provided by Southwest "rather than conducting a comprehensive review of aircraft records themselves," the audit said.

The regulator "used the carrier's summary documentation to complete their review expeditiously to meet the air carrier's timelines, rather than performing an independent analysis," the report said.

The report also faulted the FAA for not doing enough to ensure that Southwest addressed discrepancies between company estimates of plane weight and actual weight.

The audit comes as new FAA chief Steve Dickson has sought to win back credibility for the agency on Capitol Hill after it was slammed for lagging regulators in other countries in grounding the Boeing 737 MAX in March 2019 following two deadly crashes.

Subsequent reports about the MAX have criticized the agency for delegating too much authority to Boeing when certifying the MAX, and for lacking sufficient manpower and expertise.

The FAA, in a submission included in the audit, agreed officials failed to "perform in accordance with existing guidance," but said the agency took actions once it became aware of the issue, including appointing a new leadership team to interface with Southwest.

The regulator said it was monitoring Southwest's completion of a repair assessment program and would ground plans that fail to meet deadlines.

A Southwest spokeswoman said the report was based on data collected last fall and that the carrier has made "substantial progress" on addressing the issues highlighted in the report.

Southwest has completed "nose to tail" inspections on 80 of the 88 planes cited in the report and bought more than 3,400 baggage scanners to improve its management of plane weights.

"The success of our business depends, in and of itself, on the Safety of our operation, and while we work to improve each and every day, any implication that we would tolerate a relaxing of our standards is absolutely unfounded," she said.