SYDNEY, May 29 (Xinhua) -- The Australian share market slumped on Wednesday, with all sectors except for communication services trending firmly lower. 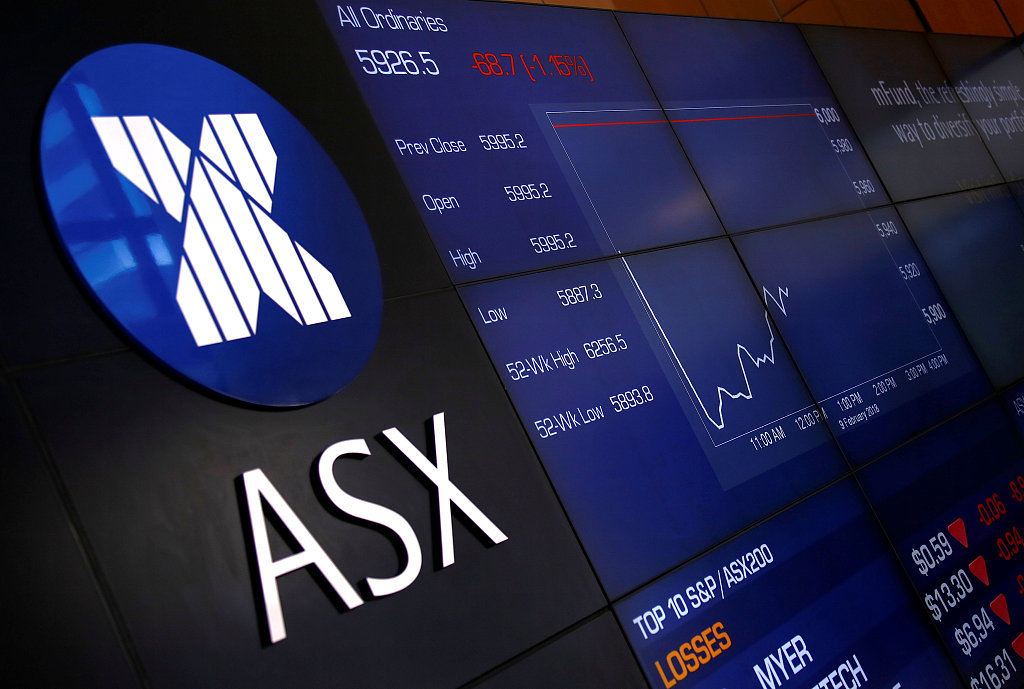 "This is enough to wipe out all of yesterday's gains and has been triggered by a weak lead from Wall Street," Commsec market analyst Steven Daghlian said.

"American equities fell by as much as 0.9 percent after President Trump said he is 'not yet ready' to make a trade deal with China."

Locally, industrials were down over 1.4 percent, while consumer stocks and healthcare also fell sharply.

Resource stocks weighed heavily as did the banks and tech.

The exception on the Aussie index was communication services which managed a modest lift of 0.1 percent.

Mining stocks were mostly lower with Rio Tinto down (0.70 percent), Fortescue Metals down (1.95 percent) and BHP down (0.78 percent), however goldminer Newcrest was unchanged (0.45 percent).

The country's oil and gas producers were also mostly lower with Oil Search down (0.97 percent) and Santos down (1.63 percent), however Woodside Petroleum was unchanged (0 percent).

Australia's largest supermarkets varied with Coles up (0.16 percent), and Woolworths down (1.59 percent).