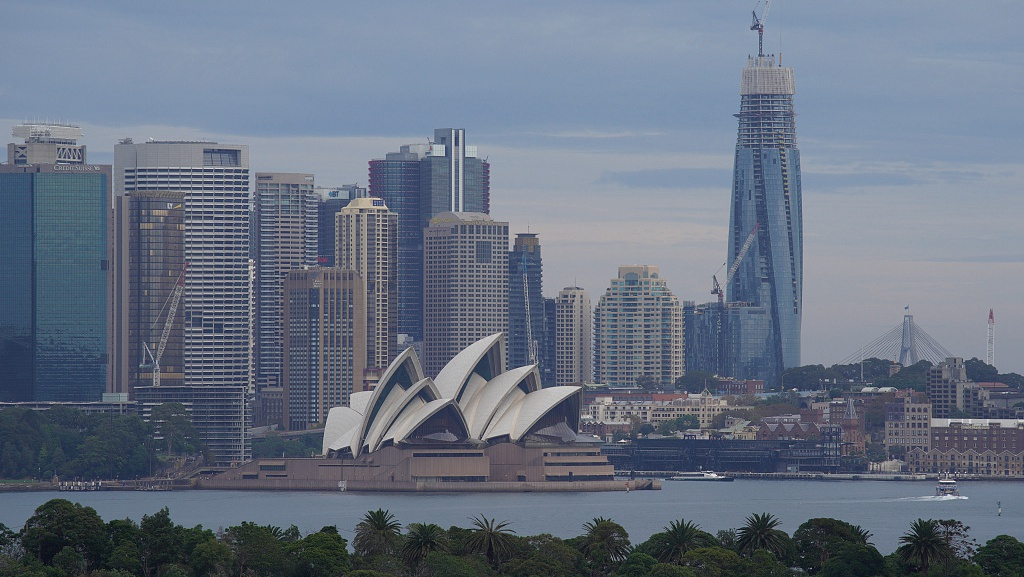 Australia's central bank on Friday predicted the country is facing its biggest economic contraction on record and said it was committed to supporting jobs and incomes as the government announced plans to relax pandemic-related restrictions by July.

In its quarterly statement on monetary policy, the Reserve Bank of Australia (RBA) forecast the two trillion Australian dollars (1.3 trillion U.S. dollars) economy would shrink by 10 percent in the first half of the year, marking the first recession in three decades.

Australia saw a rapid spike in the number of COVID-19 cases from less than 100 in March to over 6,900 now. In a bid to contain the spread, it closed borders and announced strict mobility and "social distancing" curbs, prompting many businesses to close down and announce massive layoffs.

To support activity, the RBA cut interest rates to a record low 0.25 percent in an emergency meeting in March and launched an unlimited quantitative easing program to keep borrowing costs low for banks and consumers.

The government estimates the shutdowns have cost the economy four billion  Australian dollars (2.62 billion U.S. dollars) a week and has splashed out billions of dollars to support growth and jobs.

Despite the aggressive monetary and fiscal support, the RBA expects annual gross domestic product to shrink six percent this year, the unemployment rate to hit 10 percent by June and remain around 7.5 percent through 2021.

Consumer prices are expected to turn negative in the June quarter before returning to modest inflation by year-end.

The RBA said the speed and timing of the economic recovery is very uncertain beyond the next few months.

Governor Philip Lowe said it was "possible to contemplate an upside scenario where most domestic restrictions on activity are relaxed a little sooner and the economy recovers somewhat faster than in the baseline scenario.”

With fewer than 20 new infections reported each day, Australia's Prime Minister Scott Morrison on Friday announced a three-stage plan to fully reopen the economy by July if the virus remains contained.

"We cannot allow our fear of going backwards from stopping us from going forwards," Morrison said in a press conference.

"This is the plan for a COVID-safe Australia," he said holding up a flyer with the three steps. "This will get us back where we need to be, as quickly as we can."

The RBA's baseline scenario for unemployment to stay at 7.5 percent and underlying inflation to undershoot its medium-term two percent to three percent target suggests the cash rate will remain at record lows for some while yet.

Meanwhile, some economists said the RBA's GDP forecast for a 2021 rebound is optimistic.

"We also wonder what the 'new normal' post COVID-19 looks like, including more permanent changes in expenditure and saving."