Australia’s largest telecom firm Telstra Corp Ltd said it would cut a quarter of its workforce and flagged asset sales on Wednesday, as competition and new technology crush its mainstay fixed-line businesses and force a strategic reset. 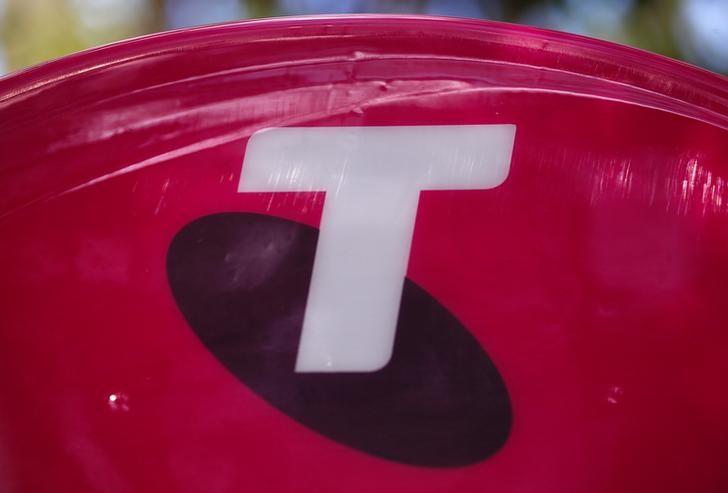 A Telstra logo adorns a phone booth in the central business district (CBD) of Sydney in Australia, February 13, 2018. (Photos: Reuters)

It will shed 8,000 employees and contractors from a workforce of 32,000 to save A$1 billion ($738 million), drop underperforming products and separate assets it values at A$11 billion from the rest of the firm.

It also flagged a fall in 2019 earnings to between A$8.7 billion and A$9.4 billion, excluding restructuring costs of about A$600 million, having already warned in May that 2018 earnings would be at the bottom end of its guidance.

Telstra shares dropped 6.2 percent in early trade to their lowest in seven years, while the broader market rose 0.7 percent.

Telstra dominates Australia’s mobile telephone and broadband markets but like incumbent telecom firms around the world, profits from traditional fixed-line networks are shrinking and it is under immense pressure to address a sliding share price.

“In this environment traditional companies that do not respond are most at risk,” Chief Executive Andy Penn said in a statement.

“We are now at a tipping point where we must act more boldly if we are to continue to be the nation’s leading telecommunications company.” Layoffs announced on Wednesday would remove about a quarter of executive and middle management jobs over three years, the company said.

Separating the infrastructure business - which would hold Telstra’s fixed-line network, data centers, ducts, poles and cables - would provide options such as a potential demerger or strategic partnership.

Telstra has already tried a host of measures to address its falling earnings, from cutting jobs and slashing dividends to expanding into new industries - including a failed foray into a U.S. video platform.

None have worked, as revenue continues to ebb from its legacy businesses. Compounding its problems, the construction of a new government-owned broadband network is replacing Telstra’s copper-wire monopoly and is expected to lop about A$3 billion from annual earnings by the time it is completed around 2022.

“A billion in costs cuts scratches the surface but is not going to change the dynamics,” said Mathan Somasundaram, Market Portfolio Strategist at stockbroker Blue Ocean Equities.

Telstra’s flagging of asset sales, without providing details, seemed like a “Hail Mary pass”, he added.

“Their competitive outlook is based on their infrastructure capacity ... if they start to sell their family jewels to fill the gap, that’s actually a negative,” he said.