BUSINESS Australian income from tourism declines as Chinese stay away

Australian income from tourism declines as Chinese stay away 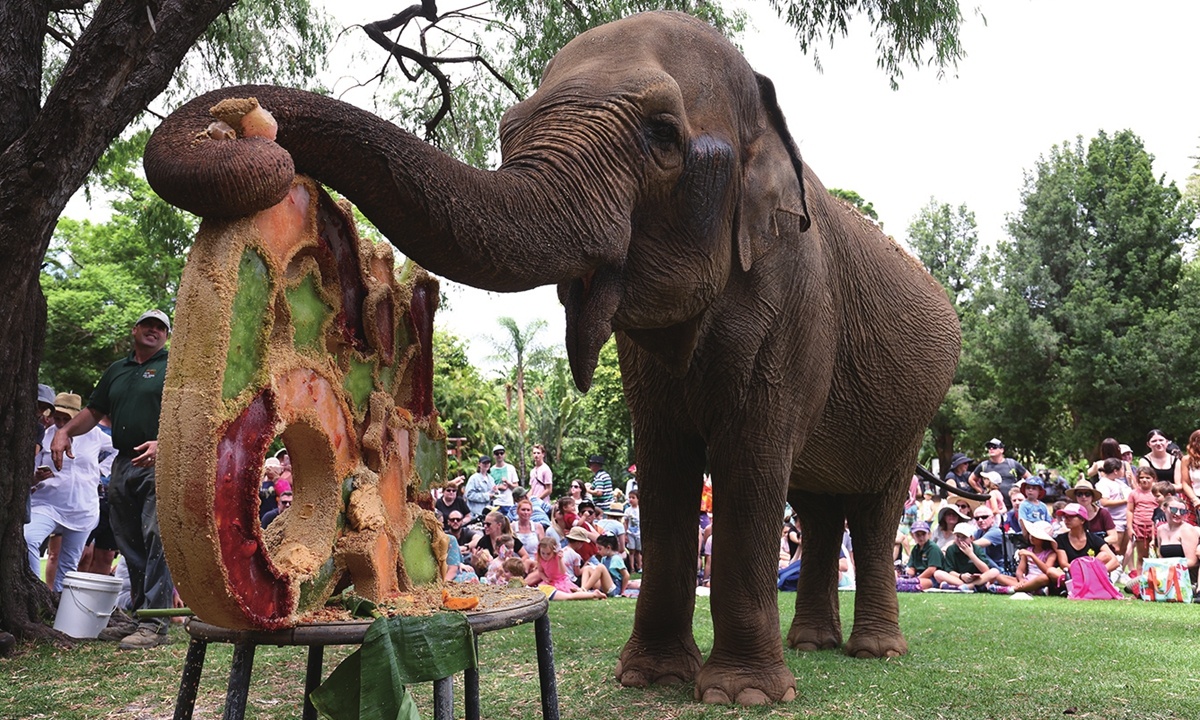 An elephant enjoys at the Perth Zoo in Perth, Australia (Photo: VCG)

Australia's seasonally adjusted exports of tourism-related services dropped by 10 percent to A$2.25 billion ($1.75 billion) in January compared with December, Australian Bureau of Statistics data showed on Thursday, which experts said reflected a decline in Chinese visitors due to the pandemic and souring China-Australia relations.

In January, Australia's tourism-related services credits fell by A$242 million compared with December, the data showed. The country's total services credits from exports dropped by about 3 percent to A$4.96 billion.

Falling orders from the Chinese market were a primary reason for the drop, with spending by Chinese visitors and students -- which account for the majority of Australia's services industry -- in a frozen state.

"Chinese tourists can't travel to Australia, nor can Australian tourists travel to China. But tourism practitioners in both countries have been keeping in touch," he told the Global Times on Thursday.

Until June 2019, China was Australia's biggest source of visitors, accounting for more than 15 percent of Australia's total short-term travel market, according to data released by Tourism Research Australia.

Likewise, the China-Australian education market, which used to be a hot area as Chinese students love to study abroad, has taken a hit.

"In 2020, the total number of applications for Australian universities decreased 8.1 percent at our agency," a source from a Chinese study-abroad agency told the Global Times on Thursday, saying that parents are worried about the potential impact of the deteriorating China-Australia relationship.

Experts said the situation reflects the pandemic, and souring bilateral relations added salt to the wound.

A report released by Australian think tank Lowy Institute, which surveyed more than 1,000 Chinese-Australians in November 2020, showed that almost one in five Chinese Australians had been physically threatened or attacked, while almost one-third had been called offensive names.

The respondents mostly attributed the situation to the coronavirus pandemic or to souring China-Australia relations.

Ning Tuanhui, a research assistant at the China Institute of International Studies, said that increasing frustration among Chinese students and tourists is casting a shadow on the recovery of Australia's tourism and education sectors.

As for the future, experts said that uncertainties remain based on how the pandemic or the political situation evolves, but industry practitioners expressed optimism.

"The tourism field is definitely going to be affected by the atmosphere of cultural exchanges between the two countries. But travel between the two countries will still proceed normally. In the long run, bilateral tourism and cultural exchanges are still positive, as tourism practitioners from both countries have been supporting and encouraging each other amid the pandemic," Xu said.

An Australian government official confirmed recently that Australia will close its international borders for at least another three months as a result of the pandemic, which means the country's borders will have been closed to other countries for about 15 months in total.

Song Wei, an associate research fellow at the Chinese Academy of International Trade and Economic Cooperation, said that the Regional Comprehensive Economic Partnership, of which Australia is a member, provides a chance for China-Australia trade and economic relations to return to normal.

"But whether it will actually happen depends on whether Australia will return to rationality on its attitude toward China," she told the Global Times.