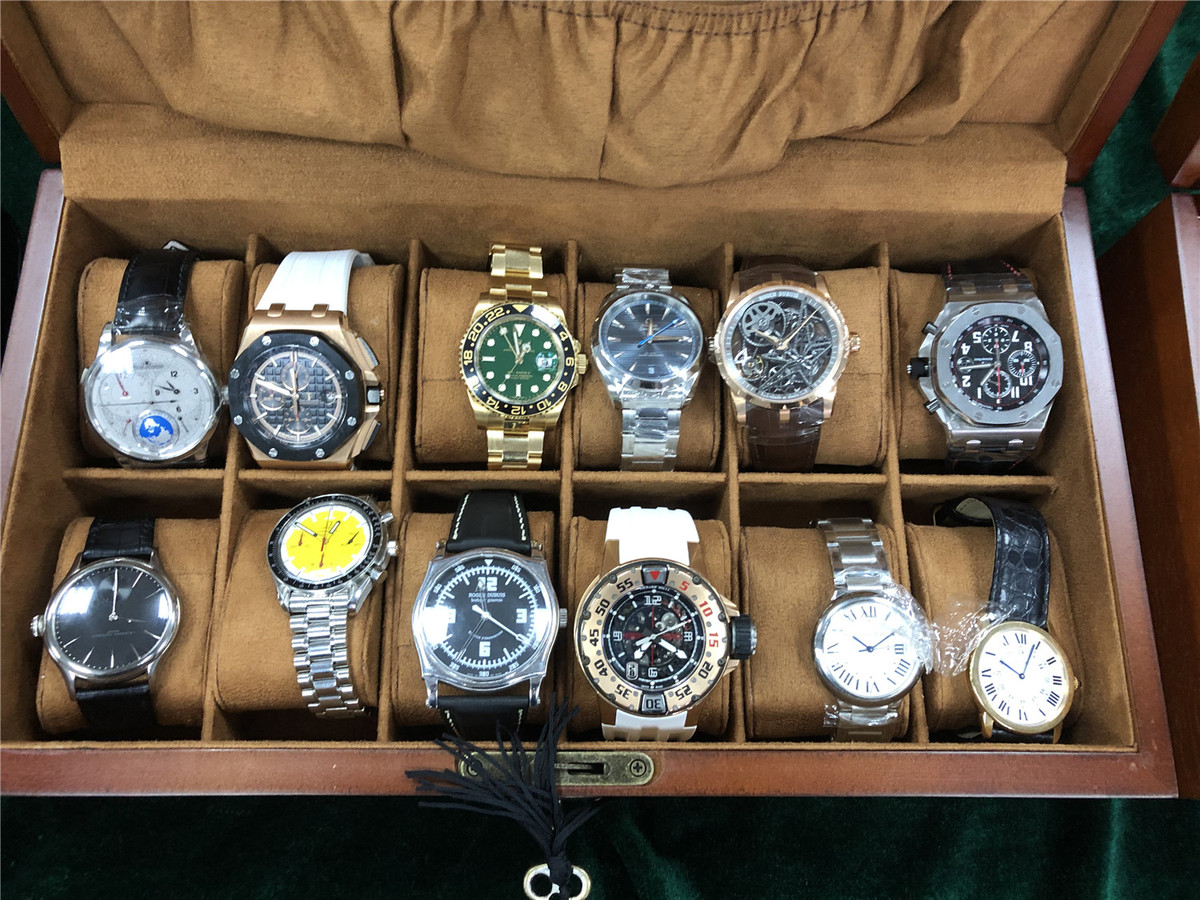 A total of 41 wristwatches were seized in the crackdown on Jan 8 and 9. (Photos: chinadaily.com.cn)

Shanghai authorities have taken compulsory measures against 18 people suspected of smuggling more than 1,500 wristwatches by luxury brands such as Patek Philippe, Jaeger-LeCoultre and Rolex worth 210 million yuan ($31 million).

According to a report by the Shanghai customs earlier this week, officers carried out a crackdown on Jan 8 and 9 and seized 41 watches brought into the city illegally from places such as Hong Kong before selling them in the Chinese mainland.

The case is being investigated further. 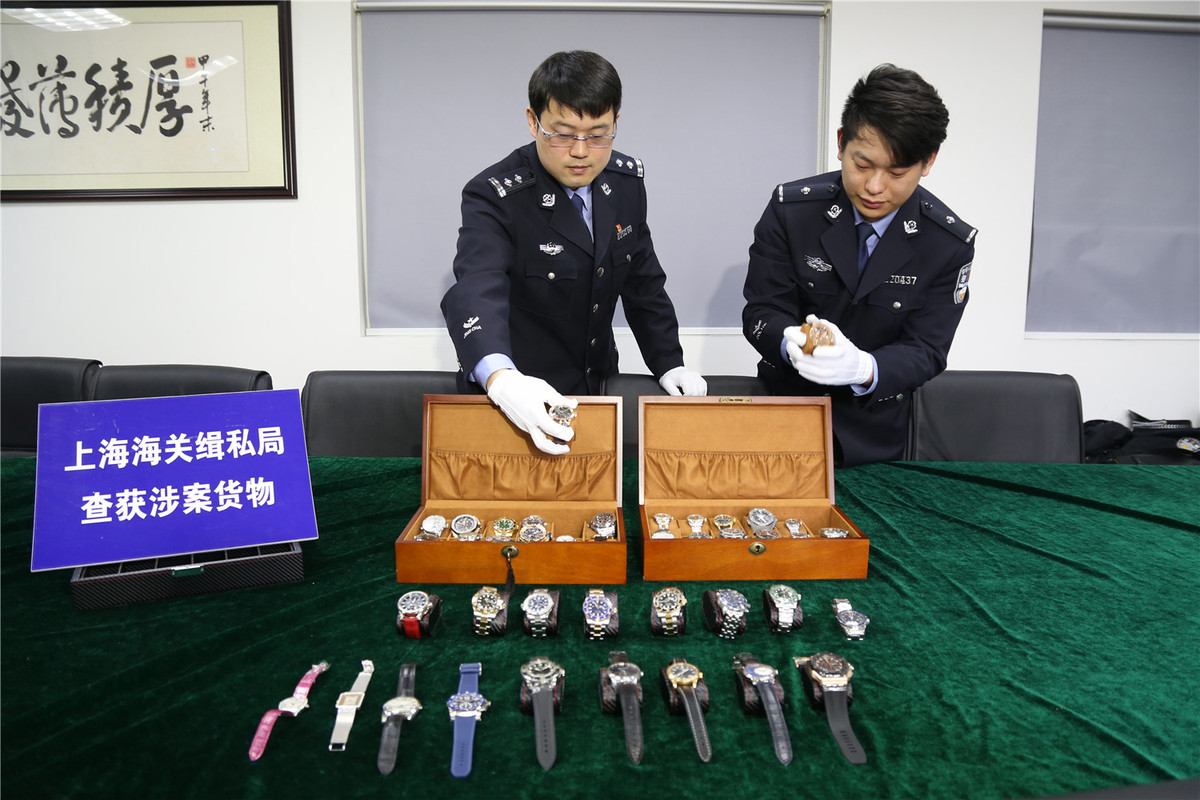 According to the authorities, the suspects arrested in the crackdown include a man surnamed Ma, a former employee of a French luxury brand who in 2008 opened two trading companies and a buyer's shop to engage in smuggling wristwatches.

Another suspect was identified as a man surnamed Wang, who opened a physical store in downtown Shanghai to sell the smuggled items.

Initial investigations have found that Ma and Wang have since December 2016 been buying luxury wristwatches from a man living in Hong Kong surnamed Lin before employing parallel traders to bring them to the mainland. These parallel traders were paid between 400 and 500 yuan for each of the smuggled watches. 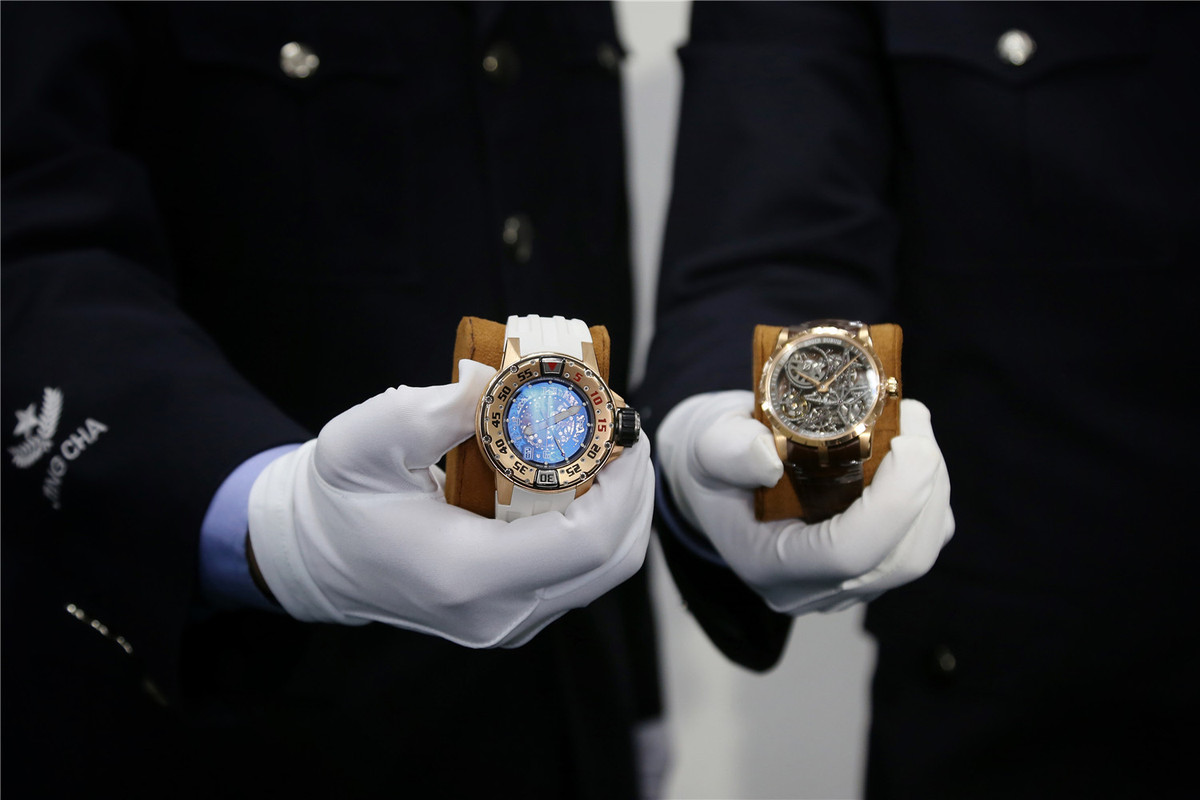 Officers warned consumers of the risks of purchasing smuggled goods and alerted cross-border travelers that they should declare their items if the value surpasses 5,000 yuan.

Tang Xiaofan contributed to this story.