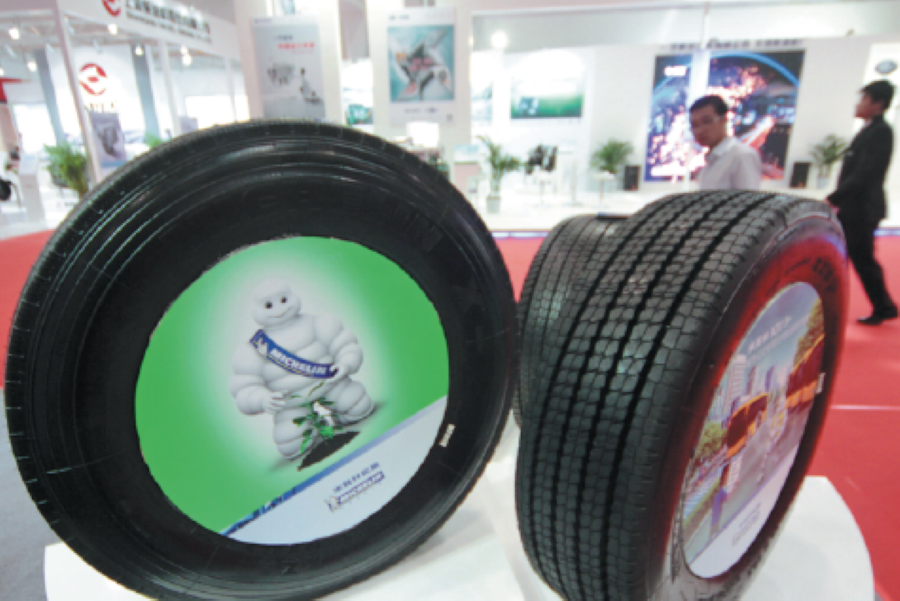 A wave of rising prices for automotive components and parts has been sparked by the outbreak of the novel coronavirus overseas. Insiders said that some domestic suppliers may grasp the business opportunity by offering alternatives to some imported parts.

Companies in the automobile supply chain have suffered widespread shutdowns and reduced production capacity during the pandemic, leading to an imbalance in the supply and demand of many raw materials and parts. On top of this, a rise in transportation costs has pushed up prices of components and parts.

A raft of enterprises in the fields of tires and electronic components have announced price increases, the highest being double the previous price, automotive portal Gasgoo reported.

Tire manufacturers, including Sumitomo Rubber, Michelin and Goodyear, have raised their product prices by 5-7 percent in North American markets.

A large amount of core components and materials for electronics are produced in Japan and South Korea, which have been affected by the virus outbreak.

The supply of related components was deferred in consequence and hence prices rose.

In addition, analysts said that some automakers using a high proportion of imported parts, including gearboxes, electric injection systems, engines and turbochargers, may also face price increases due to tight supply and rising raw material prices.

The parts shortage caused by the pandemic has affected the production process of some automakers.

Insiders said that if the price of parts keep rising, the production cost of entire vehicles may rise, or even the production of new cars may be delayed, thus affecting the growth of the overall automobile market.

The Tesla Gigafactory in Shanghai is reported to have been affected by an insufficient supply of components and parts.

The factory did not resume production on May 6 as scheduled after the five-day Labor Day Holiday.

Tesla responded on May 7 saying that due to the commissioning and maintenance of the production line, its Shanghai plant did not resume operation on schedule, but all the work is proceeding as planned.

However, insiders said that Tesla should accelerate localization and intensify local procurement, to achieve sustainable development in China.

Data show only 30 percent of the parts of the China-made Tesla Model 3 are purchased in China.

According to the China Automobile Dealers Association, imported and luxury automobile brands saw a month-on-month decline of 6.8 percent in its brand index in April.

The brand index quantifies how well a brand performs in a market.

CADA said the reason was that the outbreak overseas has led to the closure of many auto plants and parts factories, resulting in a shortage of vehicles, especially among luxury brands.

Some domestic components and parts suppliers may benefit from the price boom, Gasgoo quoted insiders as saying.

In the long run, auto parts companies should reorganize and extend their supply chains, in a bid to reduce the risk of interruption, according to a senior analyst from auto consultancy Gasgoo Research Institute.