Automobile industry back on healthy track 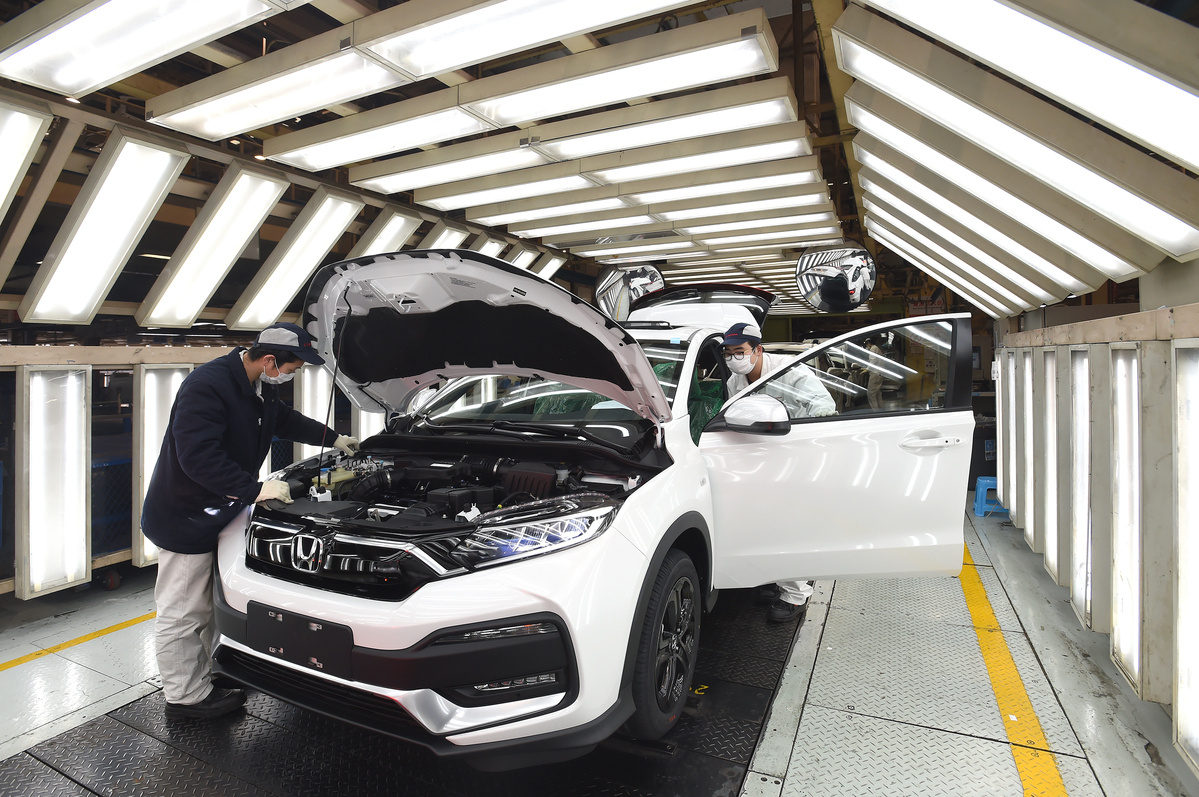 China's automobile industry is gradually recovering from the novel coronavirus outbreak and the number of cars on the country's roads would overtake that of the United States by the end of this year, senior industry officials said on Thursday.

The COVID-19 outbreak has put downward pressure on the automobile sector in a short period of time, but the situation is "temporary" and won't affect the long-term trend of the industry, said Cai Ronghua, a senior official of the National Development and Reform Commission.

Wang Bin, head of the Ministry of Commerce's market operations and consumption promotion department, said the number of vehicles on Chinese roads will surpass that in the US by the end of this year.

For the past 11 years, China has been the largest automobile market globally. But due to many factors, car production and sales have been declining for two consecutive years, and the pandemic has posed greater challenges.

Wang said the sales decline showed that the industry has, after years of rapid expansion, gradually entered "a stage of adjustment". It does not mean that automobile sales have hit the "ceiling" or they will continue to decline, he said.

China has planned to introduce the State VI B emission standards starting July 1 nationwide. However, since the outbreak of the virus, relevant parties, like the China Association of Automobile Manufacturers, have suggested postponing the nationwide adoption of State VI emission standards to 2021.

The Ministry of Ecology and Environment is considering postponing the implementation of State VI emission standards in the provinces that are yet to adopt the standards, said Wu Xianfeng, deputy director-general of the ministry's atmospheric environment department.

The plan aims to appropriately extend the transition period for automobile manufacturers and they will have a longer time period to clear the stock of vehicles in line with State V emission standards, Wu said. Once this policy is introduced, the ministry will make it public as soon as possible, Wu said.

Vehicle sales had fallen for two years in 2018 and 2019 before plummeting in the first two months of this year.

But with the epidemic being gradually curbed in China, visitors are returning to car showrooms and sales are showing signs of recovery. In late March, sales at major dealerships monitored by the commerce ministry climbed 8.9 percent compared with late February, Wang said.