BUSINESS Automobile more than an industry in car cradle Changchun

Automobile more than an industry in car cradle Changchun 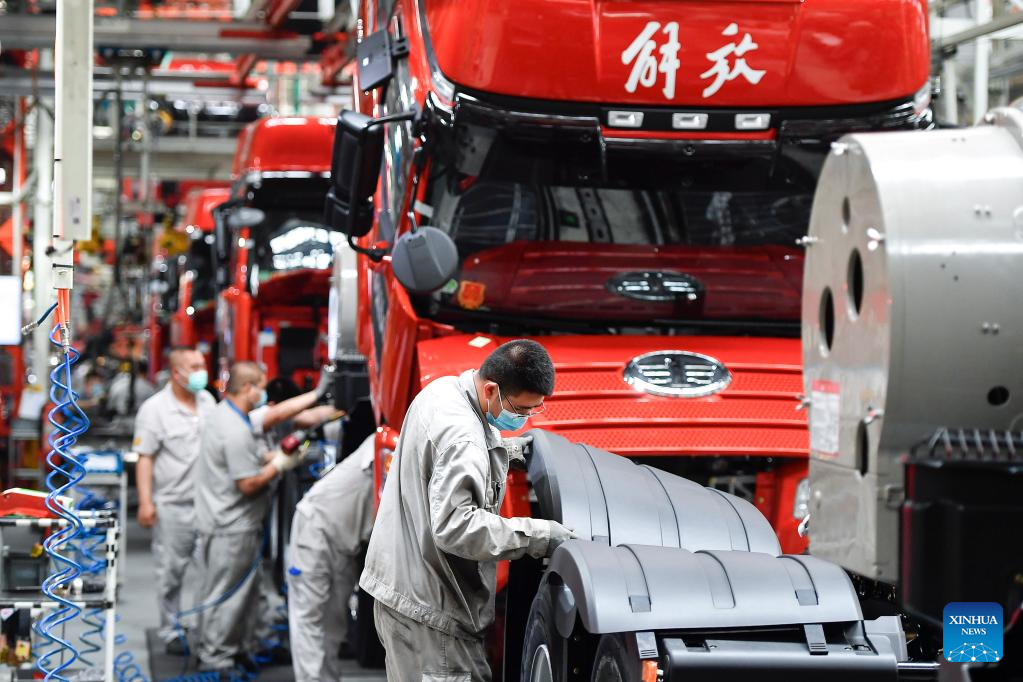 The museum, which details the history of China's automobile development since the founding of the People's Republic of China in 1949, belongs to China FAW Group Co Ltd. The Changchun-headquartered conglomerate is one of China's oldest and largest automotive manufacturers.

For Yu Hui, a narrator at the museum, her favorite item among the hundreds of collections is the one enshrined in the hall of the museum -- a bronze miniature of the country's first home-made automobile -- a Jiefang-brand truck made in 1956 by FAW, then known as China First Automobile Works.

"I like its classic appearance," Yu said. "Moreover, as China's first self-made automobile, it carries much significance and tells a story of starting from scratch."

Such a sense of pride is palpable in Changchun, China's car cradle. Compared with other domestic automobile-making regions like Shanghai, Changchun has a deep-rooted automobile culture.

Sitting just behind the Jiefang-brand truck miniature is another precious attraction of FAW's museum. It's a tailor-made limited edition Hongqi limousine, a brand under FAW.

Hongqi, meaning "red flag" in Chinese, has grown to be China's iconic marque since its establishment in 1958, through years of limo services for national ceremonial events.

About 10 km away from FAW's automobile museum is a public exhibition center showcasing the development of Hongqi, which has become a popular destination for locals and travelers.

In 2021, the exhibition center received more than 2,000 groups of visitors, totaling 53,800 people. T-shirts and other souvenirs with Hongqi labels are hot sells.

"Many visitors were awed by the fast development of China's home-made car brand," said Yue Songyan, a narrator at the exhibition center. "Hongqi's rise displays the can-do attitude of Chinese people."

Yue used to be a saleswoman for Hongqi. "I thought Hongqi's cars mainly appealed to middle-aged customers. But during my sales work, I saw a growing interest in Hongqi from the young generation."

Both Yu and Yue grew up in families with at least one member working in the automobile industry.

"It's like a heritage, and I'm excited that I can carry it on in this way," Yue said.