BUSINESS Autonomous vehicles could take to the streets in Shenzhen

Autonomous vehicles could take to the streets in Shenzhen 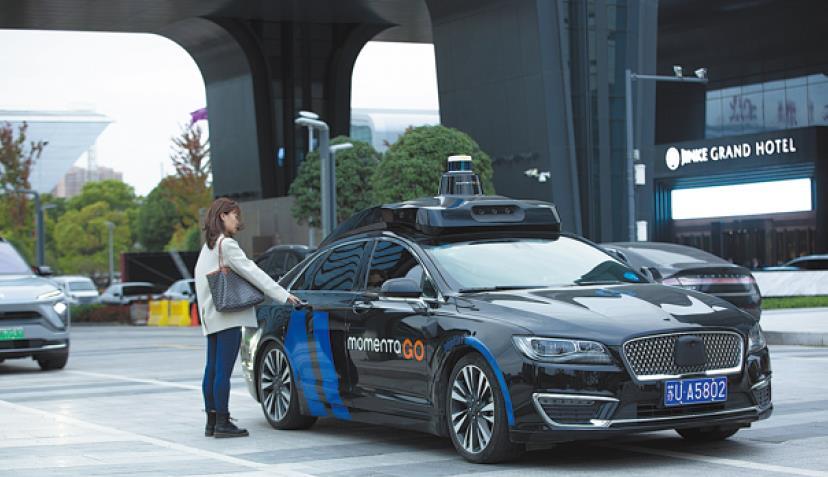 Chinese startup Momenta, which raised $500 million this month, expects its robotaxi service to be profitable in 2024. (Photo: China Daily)

Authorities in Shenzhen, Guangdong province, might allow driverless vehicles to hit public roads for business purposes. It is the latest attempt in China to speed up the sector's commercialization.

A legal draft, revealed last week to solicit public opinions, proposes to permit both conditional and fully autonomous vehicles to hit the market and the roads not only for tests but trial business operations.

Administrative districts with sound infrastructure are being urged to make their entire territory accessible to such vehicles.

The attempt is paving the way for the sector's development in the city and other parts of China as well.

Companies are allowed to test their autonomous vehicles in cities including Beijing, Shanghai and Shenzhen.

Statistics show that there are road sections with a combined length of 144 kilometers in Shenzhen, where 14 companies are testing autonomous vehicles.

Yin said major carmakers have started the research and development on vehicles capable of Level 3 or higher-level autonomous driving, which means the vehicles do most of the driving but such vehicles are not yet allowed on the roads.

"The absence of legislation is curbing the sector's development," said Yin. He added that this level of autonomy should be allowed in low-speed traffic situations so as to gain experience for a higher level of unmanned driving.

Cangzhou is the first city to give the nod to a paid robotaxi service. Baidu said it is "a landmark" in the technology's development in the country.

A fleet of 35 Baidu vehicles is now entitled to "roll out demonstrations of smart transportation services and explore various mechanisms for charging customers in Cangzhou", said the company in a statement.

Besides Cangzhou, its robotaxi service is available in Beijing and Changsha in Hunan province.

The company said it plans to expand to 30 cities over the next three years. A fleet of robotaxis from China's car-hailing giant Didi is offering similar services in Shanghai.

Investors are showing greater confidence in the technology. Chinese startup Momenta finished a round of financing totaling $500 million this month, which is the largest investment in China's autonomous driving sector.

The investment was led by Toyota and Bosch as well as China's largest carmaker, SAIC Motor. Other investors included Mercedes-Benz and Chinese tech company Tencent.

Momenta CEO Cao Xudong said it plans to conduct driverless tests in 2022 and expects the business to become profitable in 2024.

A blueprint the government released last year showed that China expects to see 50 percent of domestically built NEVs sold in 2025 to feature Level 2 or Level 3 autonomous functions. The figure will rise to 70 percent by 2030.

"In China, we believe fully autonomous vehicles will see mass deployment in nine or 10 years," said its analysts in a research note.

It expected such vehicles could account for as much as 66 percent of the passenger-kilometers traveled in 2040. That would generate a market revenue of $1.1 trillion from mobility services and $900 billion from sales of autonomous vehicles by that year.