Autos officials hopeful that industry can avoid a NAFTA disaster 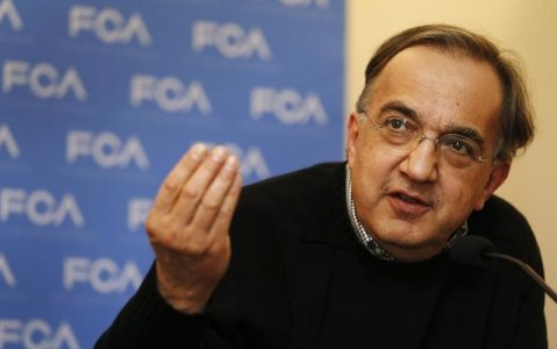 Auto industry officials fretting about hardline U.S. NAFTA demands with the potential to turn a globally integrated industry upside down now are hopeful that a Canadian compromise plan could avert disaster.

The officials, speaking to Reuters on the sidelines of NAFTA talks here, said strenuous lobbying efforts on behalf of the industry were starting to sink in with some key members of the Trump administration.

Automakers and their suppliers are worried that the U.S. demands will cause the 24-year-old North American Free Trade Agreement to collapse, or render its tariff-free benefits unusable. Either outcome would wreak havoc on supply chains that have auto parts and vehicles regularly crisscrossing North American borders

Industry trade groups have estimated that a full reversion to World Trade Organization tariff levels would cost the industry some $10 billion a year and cause the loss of up to 50,000 U.S. auto parts jobs.

The Trump administration, which blames NAFTA for killing off U.S. manufacturing jobs, wants the requirement for the value content, or net cost, of autos sourced from the three NAFTA countries boosted to 85 percent from 62.5 percent for tariff-free trade.

It also insists that 50 percent of the content of every vehicle produced in the region come from the United States, an option that Canada and Mexico have dismissed as unworkable.

In a bid to keep the talks alive Canada is now suggesting that North American content in autos - known as rules of origin - should be calculated to also include the value of software, engineering and other high-value work, which currently is not counted toward the regional content targets

The plan got a boost from Fiat Chrysler Automobiles Chief Executive Sergio Marchionne on Thursday, who called it a “defensible” concept and a “step in the right direction.”

“Within the structure proposed by the Canadians, there appears to be the beginnings of a solution to this problem,” Marchionne said on an earnings conference call.

Canadian officials say their U.S. counterparts have asked a series of questions about how the plan would work. It is unclear how U.S. Trade Representative Robert Lighthizer will react to the plan when he arrives in Montreal on Sunday.

The current round of talks in Montreal is the penultimate in the negotiations to update NAFTA.

“I think I‘m more optimistic now than I have been in quite some time, because we have an opportunity here for having a true dialogue on what a 21st century rule of origin for NAFTA might look like,” said Ann Wilson, senior vice president of government affairs at the Washington-based Motor and Equipment Manufacturers Association.

The industry fears that if North American content demands are set too high, manufacturers will simply forego NAFTA’s tariff-free access and pay low 2.5 percent U.S. tariffs on parts and passenger cars produced outside the region. The result could be less automotive production in the United States, not more, industry representatives say.

“We’re very appreciative of the Canadians putting forth some fresh new ideas. It’s a positive signal and hopefully a shift in the talks,” said Jennifer Thomas, vice president of federal government affairs at the Alliance of Automobile Manufacturers,

Thomas, noting that U.S. domestic sales were expected to decline after a seven-year run that set records, added, “We’re kind of bracing for a downturn and we don’t need to have any additional burdens further harming the industry.”

“I think those meetings have been impactful. They have gotten key players within the administration thinking about how the industry can remain competitive going forward in a way they hadn’t before,” he said.

Flavio Volpe, president of Canada’s Automotive Parts Manufacturers Association, said the Trump administration would not be selling out its base by agreeing to focus on the value of high-tech in autos.

“The science in specialized steel is as space ages as it is in app writing for vehicle operation. They’re smart enough to know they do really well in both,” he told reporters.