TOLEDO, Ohio－When General Motors boldly announced its goal last month to make only battery-powered vehicles by 2035, it didn't just break from more than a century of internal combustion engines. It also clouded the future for 50,000 GM workers whose jobs could become obsolete far sooner than they knew. 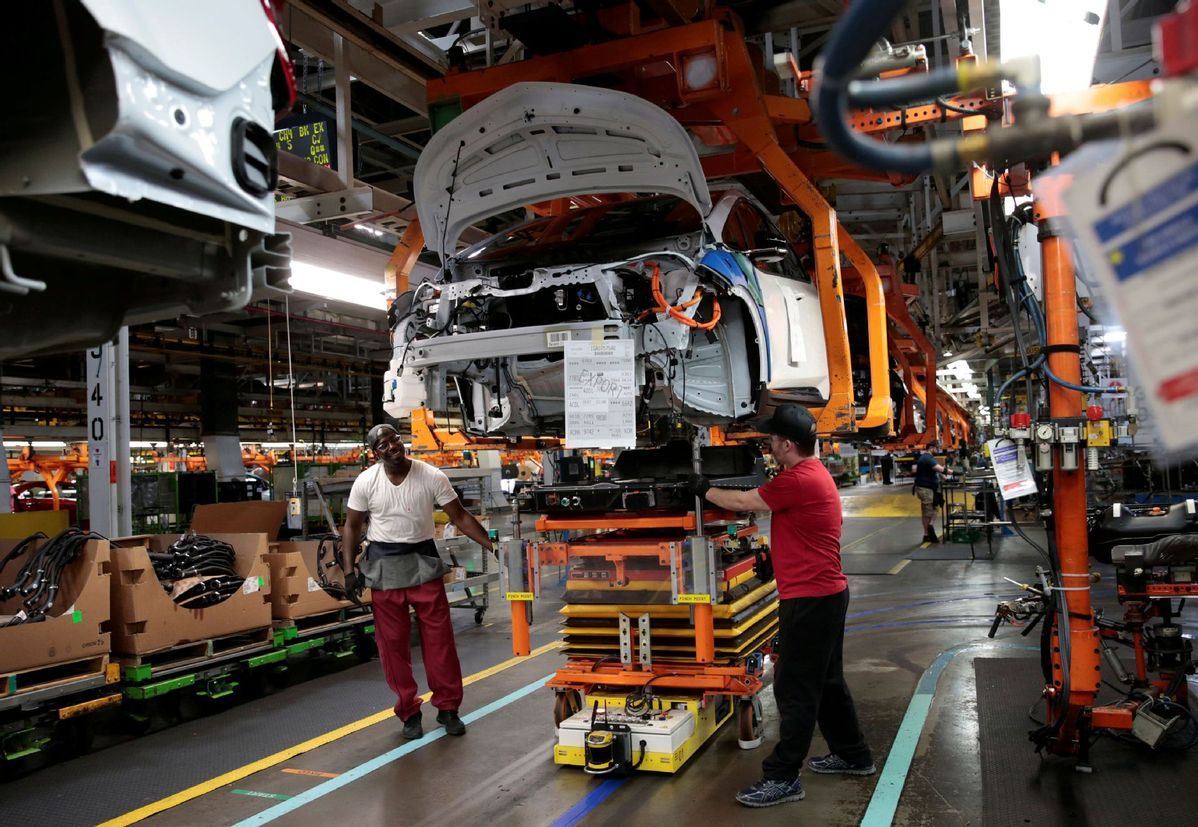 The message was clear: As a greener US economy edges closer, GM wants a factory workforce that will build only zero-emissions vehicles.

It won't happen overnight. But the likelihood is growing that autoworkers who for decades built machines that run on petroleum will need to do different work in the next decade－or they might not have jobs.

If the history-making shift from internal combustion to electric power goes as GM, Ford and others envision, jobs that now make pistons and fuel injectors will be supplanted by the assembly of battery packs and electric motors.

Many of those components are now built overseas. But US President Joe Biden has made development of a US electric vehicle supply chain a key part of his plan to create 1 million auto industry jobs with EVs.

Yet for autoworkers, that future could be perilous. Factories will need fewer workers, mainly because EVs contain 30-40 percent fewer moving parts than petroleum-run vehicles.

In addition, many union jobs could shift to lower pay as automakers buy EV parts from supply companies or form separate ventures to build components.

Most vulnerable in the transition will be roughly 100,000 workers at plants that make transmissions and engines for gas and diesel vehicles.

"We're sort of at the beginning of that transition," said Teddy DeWitt, an assistant professor of management at University of Massachusetts Boston who studies how jobs evolve over time. "It's not going to be just in the vehicle space."

The number of jobs lost will likely reach into the thousands, though no one knows precisely. And those losses will be made up, at least partly, by the green economy, from work building EV parts and charging stations to jobs created by wind and solar electricity generation.

The most far-reaching manufacturing change since commercial production of internal combustion-driven vehicles began in 1886 will ripple to farm equipment, heavy trucks and even lawnmowers.

At Toledo Transmission, GM workers make multi-speed gearboxes that eventually will be replaced by simpler EV drivetrains. For workers low on the seniority list, GM's plans mean that eventually, their services will likely no longer be needed.

The trend has heightened anxiety even at plants now running flat-out to meet demand for GM trucks.