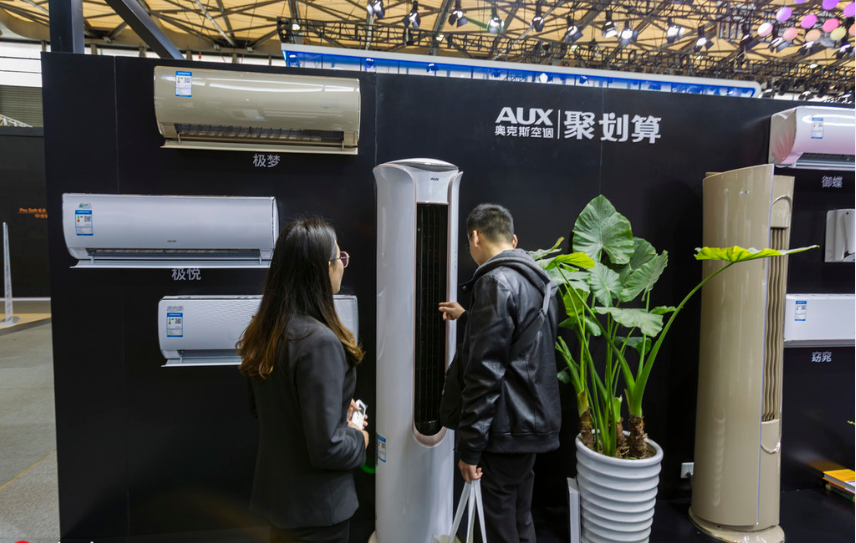 A visitor looks at an Aux air conditioner at an exhibition in Shanghai on March 15, 2019. (Photo: IC)

•Aux on Wednesday said all its products randomly checked passed the tests 100 percent in the past three years, and asked the market regulator to verify its products to clarify the matter

In response to long-term rival Gree's claim of Aux producing defective products, the company on Wednesday posted a statement on its official Sina Weibo account, saying that all the samples adhered to relevant standards in random checks carried out by market regulators from 2016-2019.

Aux air conditioners were involved in 29 checks and 19 related models were submitted to the checks, including one model which was accused by Gree of failing to meet the energy efficiency levels Aux claimed, according to the statement.

Aux said it has requested product tests by institutions designated by the State Administration for Market Regulation, so as to sooth consumers' concerns and clarify the matter.

When the tests are completed, results will be open to the public, the company said.