B&R debts to be addressed: analysts

There should be more transparent investment management and credit evaluation mechanisms, as well as more diversified sources of investment in order to allow the China-proposed Belt and Road (B&R) initiative to effectively inject impetus for new infrastructure projects in developing countries, analysts said. 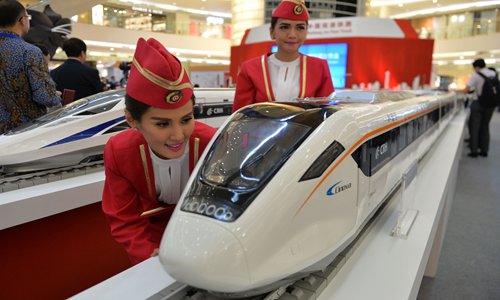 Some B&R projects are now facing rising criticism overseas, amid doubts over the sustainability of financing.

Myanmar is currently reviewing a $9-billion-dollar deepwater port project backed by China's State-owned CITIC Group, as the high price of the project has aroused concerns, the Financial Times reported. The country is also worried that control of the project may be taken by the Chinese government if Myanmar defaults on it.

The Myanmar port is not the only B&R project whose debt sustainability has been questioned. The Washington-based Center for Global Development (CGD) said in a report released in March that there are concerns that the $8-trillion-dollar B&R initiative could leave countries with debt problems that would create a degree of dependence on China as a creditor.

China's role in managing bilateral debt problems has also exacerbated internal and bilateral tensions over projects such as the Hambantota port in Sri Lanka and construction of the China-Pakistan Economic Corridor, the GCD report said.

"Different projects within the B&R are at very different stages. With that, the credit implications of these investments for the host sovereigns vary," Marie Diron, managing director of the Sovereign Risk Group at Moody's, told the Global Times.

For some countries, like Pakistan, the projects have advanced and the countries are facing external pressure related to the imports of capital goods to be used in the infrastructure investment, she noted.

Partly as a result, Pakistan's current account deficit has widened and foreign exchange reserves have diminished. If this continues, it could lead to a negative rating for the country's external position, Diron noted.

"A key issue for developing countries that are borrowing to fund B&R projects is to evaluate the sustainability of their B&R debt burdens," Rajiv Biswas, IHS Markit APAC chief economist, told the Global Times. This requires evaluation of the project costs and benefits, and whether the revenue stream from the new infrastructure project will be sufficient to finance the debt involved.

During the Boao Forum for Asia held in April in South China's Hainan Province, President Xi Jinping said that the B&R is "neither the Marshall Plan after World War II nor an intrigue of China," the Xinhua News Agency reported. The initiative is about seeking shared growth through discussion and collaboration.

B&R projects should be more market-driven, Zhang Jie, a research fellow at the Chinese Academy of Social Sciences, told the Global Times.

"For instance, in the project bidding process, Chinese banks should not offer loans with low interest rates without thoroughly evaluating the debt repayment ability," Zhang noted. "Also, introducing a third-party institution into the project would enhance transparency," she said.

China has established economic cooperation zones in 75 countries along the routes of the B&R, attracting nearly 3,500 enterprises and accumulated investment of over $27 billion, Yan Pengcheng, spokesman for the National Development and Reform Commission, told a press briefing in April.

"The claim that B&R projects create high debts for countries is groundless, as China values a diversified and sustainable investment mechanism," he said.

Still, caution is required for some B&R projects, especially in countries with debt problems, Zhang noted.