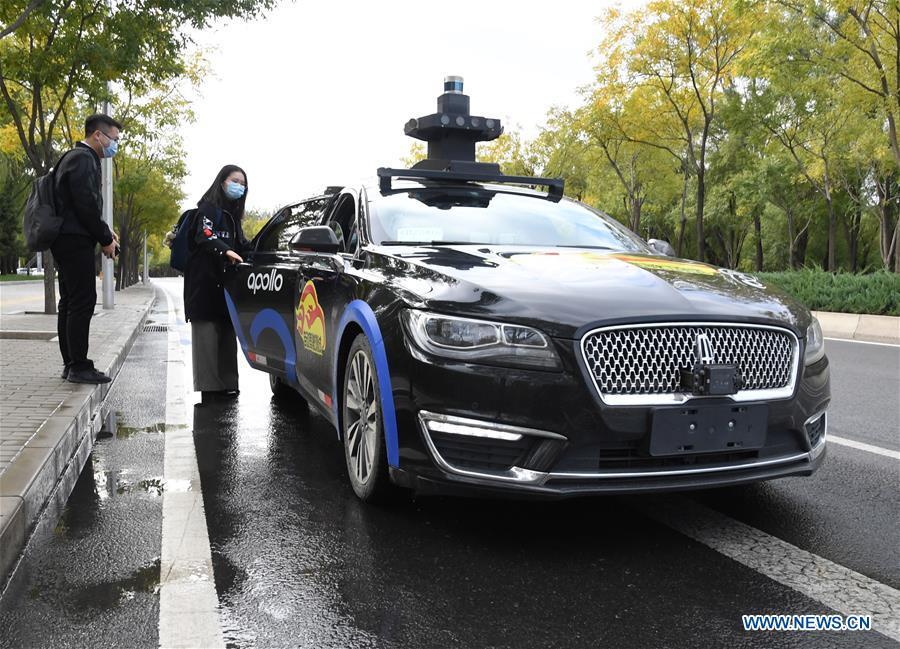 A woman takes a self-driving taxi at an appointed location on the Daoxianghu Road in Haidian District of Beijing, capital of China, Oct. 14, 2020. (Photo: Xinhua)

Baidu said on Thursday it will launch China's first robotaxi service in Beijing on May 2 and charge passengers for the driverless rides, marking a new step in efforts to run autonomous vehicles as a business in the country.

The driverless service, which will operate within Shougang Park of Shijingshan district, will be the first of its kind in the country. Baidu said engineers can take over the vehicles online in exceptional circumstances.

Also for the first time, passengers will pay for the robotaxi service in the country, at 30 yuan ($4.60) per ride.

Several other autonomous vehicle companies are conducting road tests or trial operations in the country, but they usually have a person sit behind the steering wheel. And their trial robotaxi service, like Didi's in a Shanghai suburb, is free of charge for passengers to experience.

Baidu said the driverless robotaxi service in Beijing will allow it to move into a new stage of scalable commercialized operations.

Wang said Baidu will launch the service in more cities, but did not give a schedule.

Since October 2020, Baidu has conducted trial operations of robotaxi services in other areas of Beijing, including Daxing, Haidian and Shunyi districts.

Baidu has established a fleet of 500 cars for autonomous driving trials. It has won 221 test drive licenses, among which 179 are for self-driving passenger cars.