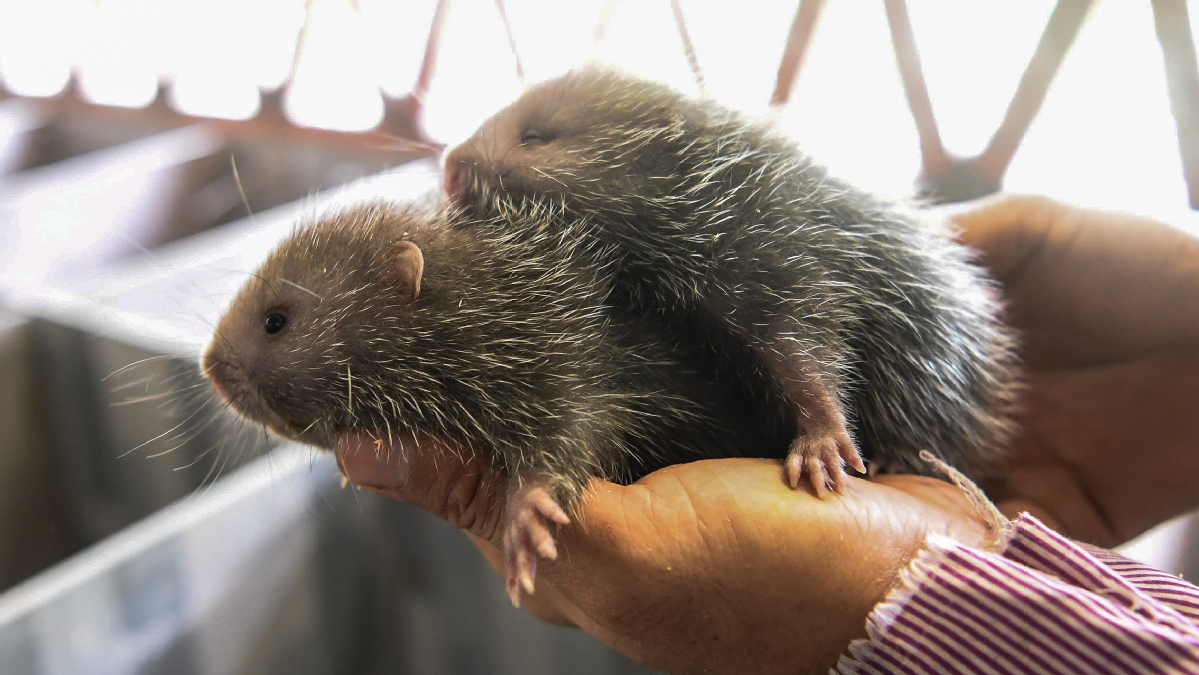 Bamboo rat breeders in southern China are keeping their packs alive while they wait for a final decision on the future of the business and details of compensation if the practice is banned.

Central authorities have pledged to compensate licensed breeders of "nonconventional species" following the imposition of a sweeping ban on wildlife consumption in February due to concerns that such animals played a role in the spread of the novel coronavirus to humans.

The ban threatens to shake the economic pillars of some southern provinces, where favorable policies have promoted the breeding of nonconventional species and led to the formation of extensive industry chains.

In a circular issued on April 8, the National Forestry and Grassland Administration－the country's wildlife watchdog－urged local forestry authorities to conduct surveys on the scale of breeding and estimate breeders' potential losses if the practice is banned.

The administration said forestry authorities will help local governments work out reasonable compensation standards for licensed breeders, based on the number of animals they are raising, the species involved and their investment in breeding facilities. Support will also be provided to help farmers shift to other industries.

The circular was issued on the same day that the Ministry of Agriculture and Rural Affairs－which oversees livestock raising－sought public opinion on a revised catalog of edible animal species.

The draft catalog lists 18 traditional livestock and poultry species (including pigs, cattle, chickens and ducks) and 13 special species, which exclude many nonconventional ones, including bamboo rats and snakes.

China used to allow consumption of noncataloged wildlife as long as the animals were raised with government approval.

But that window was closed after the Standing Committee of the National People's Congress, the country's top legislature, decided in February to ban the consumption of nearly all wild animals falling outside the list, including the wild relatives of cataloged species. Aquatic wildlife is governed by the Fisheries Law and dealt with separately.