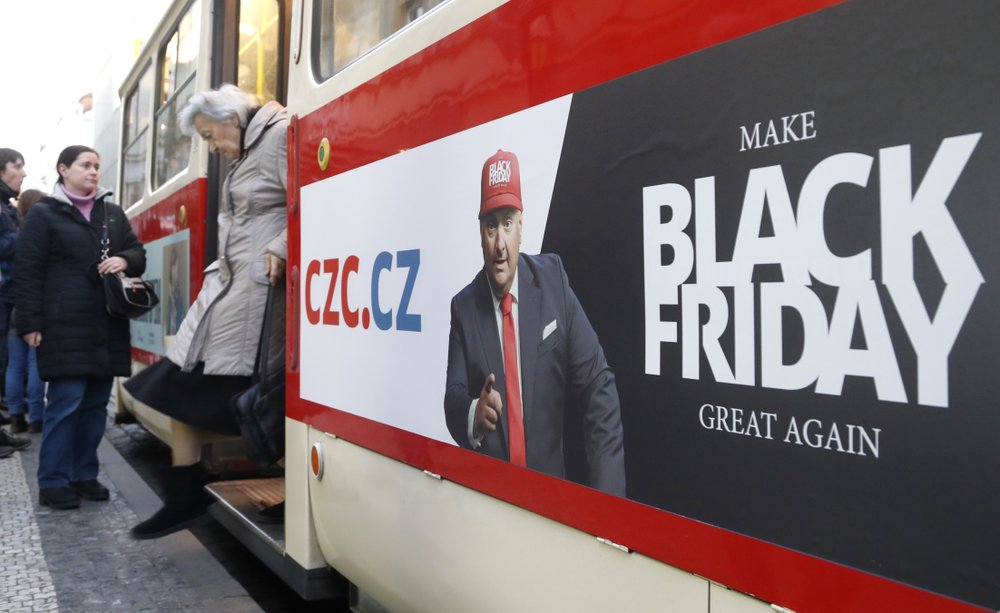 A woman gets off a tram advertising the Black Friday in Prague, Czech Republic, Thursday, Nov. 28, 2019. (Photo: AP)

Dozens of French activists blocked an Amazon warehouse south of Paris in a Black Friday-inspired protest, amid increased opposition to the post-Thanksgiving sales phenomenon that has seen a group of French lawmakers push to ban it altogether.

Protesters from climate group Amis de la terre (Friends of the Earth) spread hay and old refrigerators and microwaves on the driveway leading to the warehouse in Bretigny-sur-Orge on Thursday. They held signs in front of the gates reading “Amazon: For the climate, for jobs, stop expansion, stop over-production!”

The activists were later dislodged by police.

Their objections are garnering some support within France’s National Assembly. Some French lawmakers want to ban Black Friday, which has morphed into a global phenomenon even though it stems from a specifically US holiday: Thanksgiving Thursday.

A French legislative committee passed an amendment Monday that proposes prohibiting Black Friday since it causes “resource waste” and “overconsumption.”

The amendment, which was put forward by France’s former environment minister, Delphine Batho, will be debated next month. France’s e-commerce union has condemned it.

She added that she would support Black Friday if it helped small French businesses, but said it mostly benefits large online retailers.