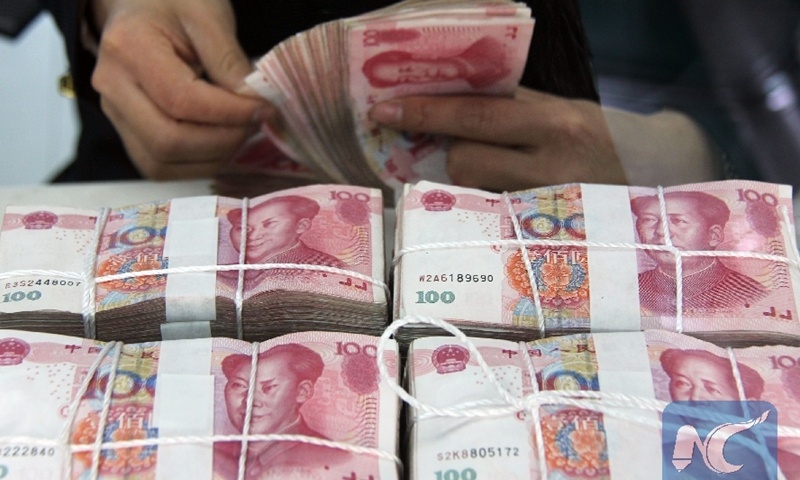 A Chinese bank is encouraging customers to keep alive the age-old Spring Festival tradition of giving gifts of real money by withdrawing fresh, new bank notes from its outlets, amid a decline in the need for physical bank notes when communal activities are reduced during the "stay put" policy to ward off a winter spike of the coronavirus in China.

The move comes as the use of physical cash is being greatly reduced in China with the popularization of digital payments.

In one promotion posted on the app of China Guangfa Bank (Beijing Branch), a commercial bank based in South China's Guangdong Province, the bank reminded customers that despite the popularity of digital payments, "real red envelopes traditionally are filled with real bank notes" and that's the only way to truly observe the tradition of giving gift envelopes.

China's central bank on Monday conducted 110 billion yuan ($17.03 billion) of reverse repos to keep liquidity stable in the banking system ahead of the Spring Festival holiday.

Explaining its decision, the People's Bank of China said that residents' practice of withdrawing cash from banks had notably declined during this year's Spring Festival holidays, and there had been a relative increase in pre-holiday fiscal spending.

Based on calculations by Reuters, the net liquidity injection into the market on Monday was 10 billion yuan.

The interest rate for the seven-day reverse repos was set at 2.2 percent, according to a statement on the website of the People's Bank of China.

The Jiangsu branch of China Construction Bank announced in January that customers could collect up to 10,000 yuan worth of new bank notes at the branch per day via appointments.

People traditionally tend to fill their red envelopes with physical cash, but the digitalization trend has been growing, and the trend has gained further momentum amid the pandemic.

The Singapore Monetary Authority in January urged residents to ditch physical bank notes for digital red envelopes amid the pandemic and for environmental reasons.