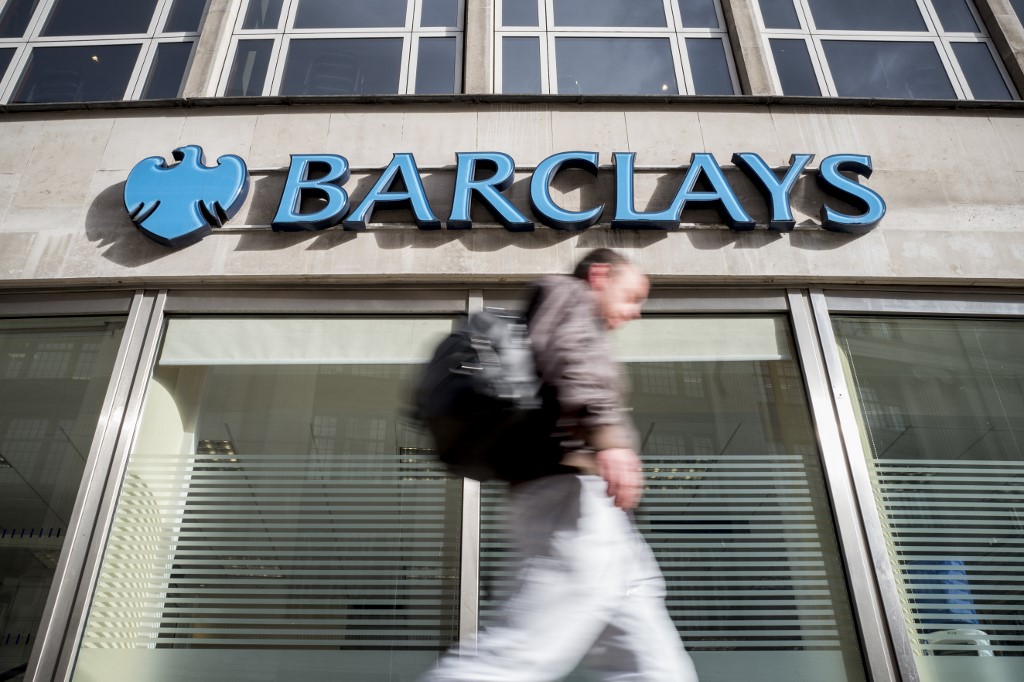 A pedestrian walks past a branch of Barclays bank in central London on October 22, 2017. (Photo: AFP)

Profit after taxation dived to £695 million in the six months to the end of June, compared with £2.07 billion in the same portion of 2019, Barclays said in a results statement.