On Aug. 23, heads of China's trio of digital champions ― Baidu, Alibaba and Tencent ― collectively known as BAT, gathered with other entrepreneurs from China and abroad at the big data intelligence summit of the 2018 China Smart Expo in Chongqing, China, to discuss the digital economy and artificial intelligence. 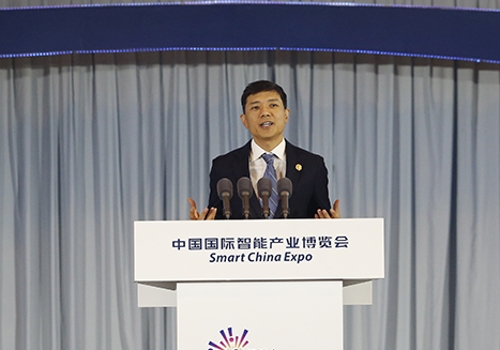 Artificial intelligence (AI) is important to everyone, but at times, it can be misunderstood as it is a new and developing technology, said Robin Li, founder and CEO of China's internet search giant Baidu.

One misunderstanding he mentioned is that the purpose of AI is not to create something similar to humans, or to create machines that can perform simple human movements, but to make machines that can think like human beings and know what people are talking about, allowing the AI to offer services according to people's needs.

He added that even though it may take time to work out disruptive technologies and popularize new ones, there is still much that can be done in the meantime.

Considering the fact that sometimes it takes a long time for people to find a parking spot, he proposed that before the wide application of self-driving vehicles, the difficulties in parking could be first addressed through machines and technology.

"We eagerly look forward to promoting the intelligent development of transportation and other industries with new and exciting technology, so as to significantly improve people's satisfaction with life," Li said.

Jack Ma, chairman of China's e-commerce giant Alibaba, also stressed that the focus of pursuing technological progress should be to solve problems of society and the future. 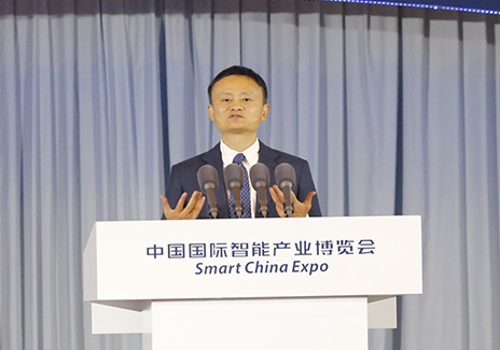 With his eyes towards the future, he predicted that in the next 30 years, intelligent technology will be integrated into every aspect of society, and greatly impact the traditional manufacturing industry and service industry, education and medical sectors, as well as different aspects of our lives.

Responding to the common concerns over the development of AI, he said, "it's not necessary to worry too much about new technologies. Only those who do not learn and are not confident worry about the future and technological progress."

Just a few days ago, Alibaba launched its newest version of an AI customer service robot specially designed for online shops on Alibaba. The shops no longer need to recruit temporary customer service staff during the online shopping carnivals as long as there is the robot, which can answer around 70 percent of the customers' questions.

Even though many jobs may be replaced by robots in the future, the service industry will offer a large number of new positions and job opportunities, Jack Ma added.

Pony Ma, chairman of Tencent, emphasized that digitalization will not be accomplished in one go, and thus, professionals engaged in digital technology and intelligent industries should get ready for a marathon and have a craftsmanship spirit to improve every detail involved, instead of being obsessed with commercial speculation. 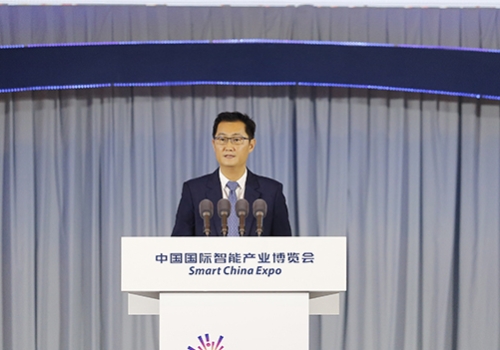 According to Pony Ma, Tencent is now working with Chongqing to accelerate logistics with visualized big data of land, air, and water transport, aiming to reduce the costs and increase the efficiency of the city's logistics.

"We should also bridge the digital gap, and enable the vulnerable and the poor to enjoy digital dividends," he added. He also called for governments, companies, academic communities, and research organizations to work together and make world-class achievements in science and technology.